In Parshas Lech Lecha the Torah tells us that when Avraham Avinu came to Eretz Yisrael he built a mizbe’ach and “Vayikra b’shem Hashem.” The Ramban explains that this means that Avraham publicized to the world that there is a creator and that He continually runs the world. He informed everyone that this great creator wants everyone to follow in His wonderful ways.

The Ramban continues that Yitzchak Avinu continued this work in his own way. However, regarding Yaakov Avinu we do not find that he publicized to the world about Hashem. The Ramban explains that this was because he had many sons and all of them were ovdei Hashem, that it was unnecessary for him to openly publicize Hashem to the world. Through Yaakov and his sons, and their actions Hashem’s name was publicized.

The Zohar (quoted in the famous tefillas HaShela which many are accustomed to reciting on Erev Rosh Chodesh Sivan) says that the purpose of this world is to teach the world about Hashem and His ways. The only way this is accomplished is through Am Yisrael acting as servants of Hashem. At Yetzias Mitzrayim, we became a nation of servants of Hashem and the world then became aware of Hashem.

The Midrash in Esther Rabbah (6:2) likens Mordechai to Avraham Avinu in the sense that they both taught people about Hashem. As the pasuk says, “V’rabim mei’amei haaretz misyahadim.” The Midrash says that this is why Mordechai was called “Yehudi,” for he fulfilled the purpose of a yehudi – to teach the world about Hashem. This is the purpose of the Jewish nation as well. In fact, it is the Jewish people who contributed monotheism to the world. We must continue to educate the world about Who the single creator and ruler of the world is. But how are we to do so?

Ultimately, when the final ge’ulah arrives everyone in the world will become aware of the kingship of Hashem, and they will willingly accept His sovereignty.

May we all be zocheh to be fulfill our purpose of being mekadesh shem Shamayim, which will bring about the revelation of malchus Hashem b’meheirah b’yameinu, amen. 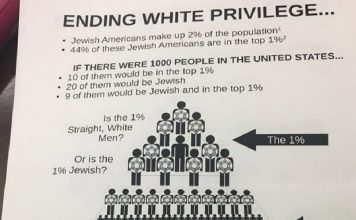 #JewishPrivilege – Are We Playing The Wrong Game? 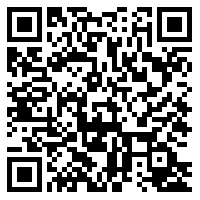