On Wednesday night, IDF forces, in collaboration with GSS and the Border Guard, raided the town of Azzun, about five miles east of Qalqilya and about the same distance west of Kfar Sabba inside 1948 Israel. The raid yielded a home made M16 rifle, loaded magazines, knives and binoculars (see picture).

The above news was part of an IDF press release, which is almost identical to hundreds of releases from the past 18 months, and, in fact, the weapons stash seized was a lot smaller than what has already been captured in many other such raids.


Here’s what was not mentioned in the IDF announcement: last Saturday, PA Chairman Mahmoud Abbas with his entourage made an unscheduled, uncoordinated stop at the town of Azzun. Abbas took route 55, where he is not allowed to go with his police escort without IDF permission, and then, as if on impulse, the line of official vehicles turned south on the short road leading into Azzun, leaving the IDF and Israel Police units in the area to scratch their heads in surprise.

The unusual event was not reported by the media and so no one asked what sudden business Abbas had in Azzun. But, as it happens, in addition to Azzun there are several major Jewish towns along route 55, including Karnei Shomron, Ma’ale Shomron, and Alfei Menashe, and the residents there did record the event. Which is why on Thursday morning The Jewish Press Online was bombarded with emails from those good folks Thursday morning, connecting the dots between the Abbas unexpected visit and the IDF unexpected weapons raid. 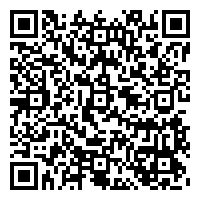