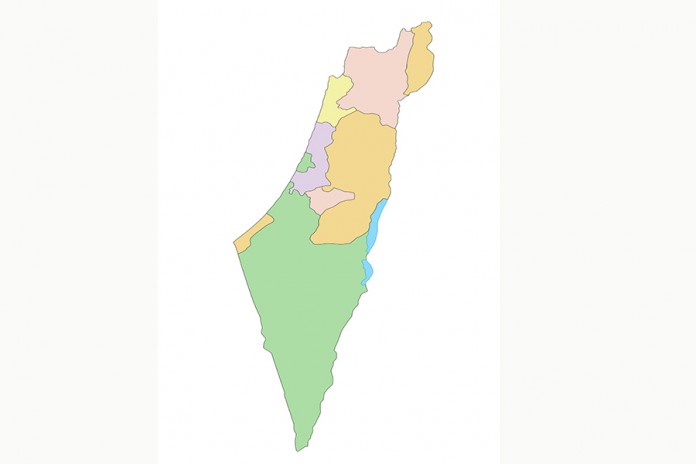 In the course of blessing the Jewish people, Bilaam uttered words that have come to seem to many to encapsulate Jewish history:

How can I curse whom G-d has not cursed?

How can I denounce the Lord has not denounced?

From the tops of crags I see them,

From the hills I gaze down:

A people that dwells alone,

In my book Future Tense, I describe the moment when I first became aware of how dangerous a self-definition this can be. We were having lunch in Jerusalem on Shavuot in 5761/2001. Present was one of the world’s great fighters against antisemitism, Irwin Cotler, soon to become Canada’s minister of justice, together with a distinguished Israeli diplomat. We were talking about the forthcoming United Nations Conference against Racism at Durban in 2001.

We all had reasons to know that it was going to be a disaster for Israel. It was there in the parallel sessions of the NGOs that Israel was accused of the five cardinal sins against human rights: racism, apartheid, crimes against humanity, ethnic cleansing, and attempted genocide. The conference became, in effect, the launch-pad of a new and vicious antisemitism. In the Middle Ages, Jews were hated because of their religion. In the nineteenth and early twentieth centuries they were hated because of their race. In the twenty-first century they are hated because of their nation-state. As we were speaking of the likely outcome, the diplomat heaved a sigh and said, “’Twas ever thus. Am levadad yishkon: we are the nation fated to be alone.”

The man who said those words had the best of intentions. He had spent his professional life defending Israel, and he was seeking to comfort us, and it was meant no more than as a polite remark. But I suddenly saw how dangerous such an attitude is. If you believe your fate is to be alone, that is almost certainly what will happen. It is a self-fulfilling prophecy. Why bother to make friends and allies if you know in advance that you will fail?

How then are we to understand Bilaam’s words? First, it should be clear that this is a very ambiguous blessing. Being alone, from a Torah perspective, is not a good thing. The first time the words “not good” appear in the Torah is in the verse, “It is not good for man to be alone” (Gen. 2:18). The second time is when Moses’ father-in-law Yitro sees him leading alone and says, “What you are doing is not good” (Ex. 18:17). We cannot live and thrive alone. We cannot lead alone. Isolation is not a blessing – quite the opposite.

The word badad appears in two other profoundly negative contexts. First is the case of the leper: “He shall live apart; outside the camp shall be his dwelling” (Lev. 13:46). The second is the opening line of the book of Lamentations: “How alone is the city once thronged with people” (1:1). The only context in which badad as a positive sense is when it is applied to G-d (Deut. 32:12), for obvious theological reasons.

Second, Bilaam, who said those words, was not a lover of Israel. Hired to curse them and prevented from doing so by G-d, he nonetheless tried a second time, this time successfully, persuading the Moabite and Midianite women to seduce the Israelite men – as a result of which 24,000 died (Num. 25; 31:16). It was this second strategy of Bilaam – after he had already said, “How can I curse whom G-d has not cursed? How can I doom whom G-d has not doomed?” – that marks him out as a man profoundly hostile to the Israelites. The Talmud (Sanhedrin 105b) states that all the blessings that Balaam bestowed on the Israelites eventually turned into curses, with the sole exception of the blessing, “How goodly are your tents, Jacob, your dwelling places, Israel” (Num. 24:5). So in the Rabbis’ view, “a people that dwells alone” eventually became not a blessing but a curse.

Third, nowhere in Tanach are we told that it will be the fate of Israel, or Jews, to be hated. To the contrary, the prophets foresaw that there would come a time when the nations would turn to Israel for inspiration. Isaiah envisaged a day when “many peoples will come and say, ‘Come, let us go up to the mountain of the L-rd, to the temple of the G-d of Jacob. He will teach us His ways, so that we may walk in His paths.’ The law will go out from Zion, the word of the L-rd from Jerusalem” (Is. 2:3).

Zechariah foresaw that “in those days ten people from all languages and nations will take firm hold of one Jew by the hem of his robe and say, ‘Let us go with you, because we have heard that G-d is with you’” (Zech. 8:23). These are sufficient to cast doubt on the idea that antisemitism is eternal, incurable, woven into Jewish history and destiny.

Only in rabbinic literature do we find statements that seem to suggest that Israel is hated. Most famous is the statement of Rabbi Shimon bar Yochai:

“Halacha: it is well known that Esau hates Jacob.” (Sifre, Behaalotecha, 89; Rashi to Gen. 33:4; see Kreti to Yoreh Deah ch. 88 for the halachic implications of this statement.)

Rabbi Shimon bar Yochai was known for his distrust of the Romans, whom the Rabbis identified with Esau/Edom. It was for this reason, says the Talmud, that he had to go into hiding for thirteen years (Shabbat 33b). His view was not shared by his contemporaries.

Those who quote this passage do so only partially and selectively. It refers to the moment at which Jacob and Esau meet after their long estrangement. Jacob has feared that Esau will try to kill him. After taking elaborate precautions and wrestling with an angel, the next morning he sees Esau. The verse then says: “Esau ran to meet him and embraced him [Jacob], and throwing his arms around his neck, he kissed him and they [both] wept” (Gen. 33:4).

Over the letters of the word “kissed,” as it appears in a sefer Torah, there are dots – signaling some special meaning. It was in this context that Rabbi Shimon bar Yochai said, “Even though it is well known that Esau hates Jacob, at that moment he was overcome with compassion and kissed him with a full heart.” (See Rashi ad loc.) In other words, precisely the text cited to show that antisemitism is inevitable proves the opposite: that at the crucial encounter, Esau did not feel hate toward Jacob. They met, embraced, and went their separate ways without ill-will.

There is, in short, nothing in Judaism to suggest that it is the fate of Jews to be hated. It is neither written into the texture of the universe nor encoded in the human genome. It is not the will of G-d. Only in moments of deep despair have Jews believed this, most notably Leo Pinsker in his 1882 tract “Auto-emancipation,” in which he said of Judeophobia, “As a psychic aberration, it is hereditary; as a disease transmitted for two thousand years, it is incurable.”

Antisemitism is not mysterious, unfathomable, or inexorable. It is a complex phenomenon that has mutated over time, and it has identifiable roots – social, economic, political, cultural and theological. It can be fought; it can be defeated. But it will not be fought or defeated if people think that it is Jacob’s fate to be hated by “Esau” or to be “the people that dwells alone,” a pariah among peoples, a leper among nations, an outcast in the international arena.

What then does the phrase “a people that dwells alone” mean? It means a people prepared to stand alone if need be, living by its own moral code, having the courage to be different and to take the road less traveled.

Rabbi Samson Raphael Hirsch offered a fine insight by focusing on the nuance between “people” (am) and “nation” (goy) – or as we might say nowadays, “society” and “state.” Israel uniquely became a society before it was a state. It had laws before it had a land. It was a people – a group bound together by a common code and culture – before it was a nation, that is, a political entity. As I noted in Future Tense, the word peoplehood first appeared in 1992, and its early uses were almost entirely in reference to Jews. What makes Jews different, according to Hirsch’s reading of Bilaam, is that Jews are a distinctive people, that is, a group defined by shared memories and collective responsibilities, “not reckoned among the nations” since they are capable of surviving even without nationhood, even in exile and dispersion. Israel’s strength lies not in nationalism but in building a society based on justice and human dignity.

The battle against antisemitism can be won, but it will not be if Jews believe that we are destined to be alone. That is Bilaam’s curse, not G-d’s blessing. 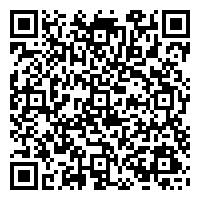