One of the greatest Jewish contributions to the West’s civilization is the idea of hope. Not all cultures give rise to hope. To the contrary: at the heart of many cultures is the idea that time is cyclical. What has been will be. History is a set of eternal recurrences. Nothing ever really changes. Life is tragic. One of the classic expressions of this is contained in the book of Ecclesiastes: “What has been will be again; what has been done will be done again; there is nothing new under the sun.”

Ecclesiastes, though, is a dissident voice within Tanach. For the most part the Hebrew Bible expresses a quite different view, namely that there can be change in the affairs of humankind. We are summoned to the long journey at whose end are redemption and the messianic age. Judaism is the principled rejection of tragedy in the name of hope.

The sociologist Peter Berger calls hope a “signal of transcendence,” a point at which something beyond penetrates into the human situation. There is nothing inevitable or even rational about hope. It cannot be inferred from any facts about the past or present. Many cultures, from ancient Greece to the present day, have held that hope is an illusion, a childish fantasy, and that a mature response to our place in the universe is to accept its fundamentally tragic nature and to cultivate the stoic virtue of acceptance. Judaism argues otherwise: that the universe is not deaf to our prayers, blind to our aspirations. We are not wrong to strive to perfect the world, refusing to accept the inevitability of suffering and injustice.

Nowhere is this more strikingly in evidence than in this week’s sedrah. The 26th chapter of Leviticus is one of the most frightening in all literature: the tochachah, the curses attendant on Israel’s disobedience to its divine mission. In graphic prose, we read a preview of history gone wrong. Israel will experience defeat and disaster. It will lose its freedom and its land. The people will go into exile and will suffer terrible persecutions. It is our custom to read this passage sotto voce, in an undertone. It is hard to imagine any nation undergoing such catastrophe and living to tell the tale – let alone to survive. Yet the passage does not end there. At its climax is one of the great consolations in the Bible:

Israel may suffer, but it will never die. It may experience exile, but one day it will return. It may undergo the most terrible persecution, but it will never have reason to despair. The placement of this prophecy at the culmination of the curses is one of the most fateful of all biblical assertions. No fate is so bleak as to murder hope itself. No defeat is final, no exile endless, no tragedy the last word of the story.

There is an echo of this in the great vision of Ezekiel. The prophet sees a valley of dry bones that gradually come together, take on flesh, and live again: “Then he said to me: ‘Son of man, these bones are the whole house of Israel.’ They say, ‘Our bones are dried up and our hope is lost (avdah tikvateinu); we are cut off.’ Therefore, prophesy and say to them: ‘This is what the Sovereign Lord says: O my people, I am going to open your graves and bring you up from them; I will bring you back to the land of Israel…’ ”

Nothing in all of literature so graphically describes the fate of the Jewish people between the Holocaust and the rebirth, in 1948, of the State of Israel. Almost prophetically, Naftali Herz Imber alluded to this text in his words for the song that eventually became Israel’s national anthem. He wrote: “od lo avdah tikvateinu” (our hope is not yet lost). Not by accident is Israel’s anthem called Hatikvah (the Hope).

Where does hope come from? Berger sees it as a constitutive part of our humanity. He writes:

“Human existence is always oriented toward the future. Man exists by constantly extending his being into the future, both in his consciousness and in his activity… An essential dimension of this ‘futurity’ of man is hope. It is through hope that men overcome the difficulties of any given here and now. And it is through hope that men find meaning in the face of extreme suffering” (Peter Berger, A Rumor of Angels, pages 68-69).

Only hope empowers us to take risks, engage in long-term projects, marry and have children – and refuse to capitulate in the face of despair:

“There seems to be a death-refusing hope at the very core of our humanitas. While empirical reason indicates that this hope is an illusion, there is something in us that, however shamefacedly in an age of triumphant rationality, goes on saying ‘no!’ and even says ‘no!’ to the ever so plausible explanations of empirical reason. In a world where man is surrounded by death on all sides, he continues to be a being who says ‘no!’ to death – and through this ‘no!’ is brought to faith in another world, the reality of which would validate his hope as something other than illusion” (A Rumor of Angels, page 72).

I am less sure than Berger that hope is universal. It emerges as part of the emotional vocabulary of Western civilization through a quite specific set of beliefs: that G-d exists, that He cares about us, that He has made a covenant with humanity and a further covenant with the people He chose to be a living example of faith. That covenant shapes our reading of history. G-d has given his word, and He will never break it, however much we may break our side of the promise. Without these beliefs, we would have no reason to hope at all.

History, as conceived in this week’s sedrah, is not utopian. Faith does not blind us to the apparent randomness of circumstance, the cruelty of fortune, the seeming injustices of fate. No one, reading Leviticus 26, can be an optimist. Yet no one sensitive to its message can abandon hope. Without this, Jews and Judaism would not have survived. Without belief in the covenant, there would be no State of Israel or any significant Jewish history after the Holocaust. 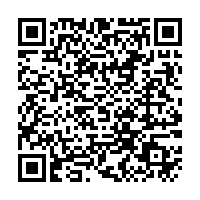