Ma’alot Mayor Shlomo Abuhbut visited Palestinian Authority leader Mahmoud Abbas Tuesday (May 31, 2016) in his office at the Muqata compound in the PA capital city of Ramallah. Abuhbut also paid ceremonial respects at the tomb of PLO terrorist chief Yasser Arafat — enraging his constituents at home — and visited with Abbas at home as well.

Residents of Ma’alot say their mayor, a member of the Labor Party, seems to have forgotten the May 15, 1974 attack on a school in their city in which more than 85 high school students were taken hostage while on a trip there from Tzfat. The standoff with the three terrorists from the Democratic Front for the Liberation of Palestine (DFLP) terror cell ended with the deaths of 22 children and five adults, in addition to 70 wounded Israelis.

The PFLP is the second largest faction within the PLO terror organization, after Fatah.

But in response to the residents’ outrage, Abuhbut posted a long, detailed statement Thursday morning on his Facebook page.

“Last night I went on a visit to Abu Mazen and his associates with the heads of local authorities in the Galilee from both ends of the political spectrum,” he wrote. “Abu Mazen (the nom de guerre of Abbas) has been negotiating with Israeli governments for many years, including that of Prime Minister Benjamin Netanyahu and others.

“I too believe there is a path to achieving two states for two nations, and that it is through this means we can negotiate a way to guarantee the security of Israel as a nation, and ensure a unique, Jewish majority.

“This is not the first time I have participated in such a venture. I have gone with delegations to visit the Palestinian Authority together with heads of state, mayors of cities and local authorities and local heads of the Likud party, and even heads of the councils of Judea and Samaria.

My son currently serves as an IDF soldier in the Golani Brigade; another is a warrior in the reserves. I reared them as combat soldiers to contribute meaningful service, to guarantee the security of Israel as a nation and to ensure a distinct Jewish majority here.

I grew up in Morocco; it was there I absorbed the values of a life in which Arabs and Jews can co-exist in peace. I believe it is actually those of us who are from North Africa, who have skills and a background like no one else, who can to bring to the table to resolve the conflict with the Arab nations, knowing it can be a way for us to continue as a Jewish State respecting the rights of minorities as neighbors.

“That is precisely why I won’t abandon an opportunity for interaction that has a hint of a chance of creating peace. I will continue my efforts to that end, to extend a hand in peace, to make it clear that Israel has a right to exist in security and peace.

“During our visit I emphasized to Abu Mazen that I see in Minister [Avigdor] Liberman a [new] chance to start negotiations because Liberman had always proposed a plan in which there would be a political arrangement with the Palestinian Authority as part of a greater arrangement with the Arab nations.

“Abu Mazen – who spoke in Arabic and who with other officials appears in Arab media – specifically said that he recognizes the existence of the State of Israel and does not denigrate the words of Prime Minister [Benjamin] Netanyahu and Minister Libberman. He also said that he sees in Liberman a legitimate negotiating partner who can promote dialogue.” 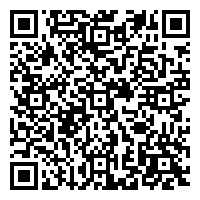