When I was a student at university in the late 1960s – the era of student protests, psychedelic drugs, and the Beatles meditating with the Maharishi Mahesh Yogi – a story went the rounds. An American Jewish woman in her sixties travelled to north India to see a celebrated guru. There were huge crowds waiting to see the holy man, but she pushed through, saying that she needed to see him urgently. Eventually, after weaving through the swaying crowds, she entered the tent and stood in the presence of the master himself. What she said that day has entered the realm of legend.

Starting in the sixties Jews made their way into many religions and cultures with one notable exception: their own. Yet Judaism has historically had its mystics and meditators, its poets and philosophers, its holy men and women, its visionaries and prophets. It has often seemed as if the longing we have for spiritual enlightenment is in direct proportion to its distance, its foreignness, its unfamiliarity. We prefer the far to the near.

Moshe sensed prophetically that in the future Jews would say that to find inspiration we have to ascend to heaven or cross the sea. It is anywhere but here.

So it was for much of Israel’s history during the First and Second Temple periods. First came the era in which the people were tempted by the gods of the people around them: the Canaanite Baal, the Moabite Chemosh, or Marduk and Astarte in Babylon.

Later, in Second Temple times, they were attracted to Hellenism in its Greek or Roman forms. It is a strange phenomenon, best expressed in the memorable line of Groucho Marx: “I don’t want to belong to any club that would have me as a member.” Jews have long had a tendency to fall in love with people who do not love them and pursue almost any spiritual path so long as it is not their own. But it is very debilitating.

When great minds leave Judaism, Judaism loses great minds. When those in search of spirituality go elsewhere, Jewish spirituality suffers. And this tends to happen in precisely the paradoxical way that Moshe describes several times in Devarim. It occurs in ages of affluence, not poverty, in eras of freedom, not slavery. When we seem to have little to thank G-d for, we thank G-d. When we have much to be grateful for, we forget.

The eras in which Jews worshipped idols or became Hellenized were Temple times when Jews lived in their land, enjoying either sovereignty or autonomy. The age in which, in Europe, they abandoned Judaism was the period of Emancipation, from the late eighteenth to the early twentieth centuries, when for the first time they enjoyed civil rights.

The surrounding culture in most of these cases was hostile to Jews and Judaism. Yet Jews often preferred to adopt the culture that rejected them rather than embrace the one that was theirs by birth and inheritance, where they had the chance of feeling at home. The results were often tragic.

Becoming Baal worshippers did not lead to Israelites being welcomed by the Canaanites. Becoming Hellenized did not endear Jews to either the Greeks or the Romans. Abandoning Judaism in the nineteenth century did not end anti-Semitism; it inflamed it. Hence the power of Moshe’s insistence: to find truth, beauty, and spirituality, you do not have to go elsewhere. “The word is very near you; it is in your mouth and in your heart so you may obey it.”

The result was that Jews enriched other cultures more than their own. Part of Mahler’s Eighth Symphony is a Catholic mass. Irving Berlin, son of a chazzan, wrote “White Christmas.” Felix Mendelssohn, grandson of one of the first “enlightened” Jews, Moshe Mendelssohn, composed church music and rehabilitated Bach’s long-neglected St. Matthew Passion. Simone Weil, one of the deepest Christian thinkers of the twentieth century – described by Albert Camus as “the only great spirit of our times” – was born to Jewish parents. So was Edith Stein, celebrated by the Catholic Church as a saint and martyr, but murdered in Auschwitz because to the Nazis she was a Jew. And so on.

Was it the failure of Europe to accept the Jewishness of Jews and Judaism? Was it Judaism’s failure to confront the challenge? The phenomenon is so complex it defies any simple explanation. But in the process, we lost great art, great intellect, great spirits and minds.

To some extent the situation has changed both in Israel and in the Diaspora. There has been much new Jewish music and a revival of Jewish mysticism. There have been important Jewish writers and thinkers. But we still spiritually underachieve. The deepest roots of spirituality come from within: from within a culture, a tradition, a sensibility. They come from the syntax and semantics of the native language of the soul: “The word is very near you; it is in your mouth and in your heart so you may obey it.”

The beauty of Jewish spirituality is precisely that in Judaism G-d is close. You do not need to climb a mountain or enter an ashram to find the Divine Presence. It is there around the table at a Shabbat meal, in the light of the candles and the simple holiness of the kiddush wine and the challot, in the praise of the Eishet Chayil and the blessing of children, in the peace of mind that comes when you leave the world to look after itself for a day while you celebrate the good things that come not from working but resting, not from buying but enjoying – the gifts you have had all along but did not have time to appreciate.

In Judaism, G-d is close. He is there in the poetry of the psalms, the greatest literature of the soul ever written. He is there listening in to our debates as we study a page of the Talmud or offer new interpretations of ancient texts. He is there in the joy of the festivals, the tears of Tisha B’Av, the echoes of the shofar of Rosh Hashanah, and the contrition of Yom Kippur. He is there in the very air of the land of Israel and the stones of Jerusalem, where the oldest of the old and the newest of the new mingle together like close friends.

G-d is near. That is the overwhelming feeling I get from a lifetime of engaging with the faith of our ancestors. Judaism needed no cathedrals, no monasteries, no abstruse theologies, no metaphysical ingenuities – beautiful though all these are – because for us G-d is the G-d of everyone and everywhere, who has time for each of us, and who meets us where we are, if we are willing to open our soul to Him.

I am a rabbi. For many years I was a chief rabbi. But in the end I think it was we, the rabbis, who did not do enough to help people open their doors, their minds, and their feelings to the Presence-beyond-the-universe-who-created-us-in-love that our ancestors knew so well and loved so much. We were afraid – of the intellectual challenges of an aggressively secular culture, of the social challenges of being in yet not entirely of the world, of the emotional challenge of finding Jews or Judaism or the State of Israel criticized and condemned. So we retreated behind a high wall, thinking that made us safe. High walls never make you safe; they only make you fearful. What makes you safe is confronting the challenges without fear and inspiring others to do likewise.

What Moshe meant in those extraordinary words, “It is not in heaven…nor is it beyond the sea,” was: Kinderlach, your parents trembled when they heard the voice of G-d at Sinai. They were overwhelmed. They said: If we hear any more we will die. So G-d found ways in which you could meet Him without being overwhelmed. Yes, He is creator, sovereign, supreme power, first cause, mover of the planets and the stars. But He is also parent, partner, lover, friend. He is Shechinah, from shachen, meaning, the neighbor next door.

So thank Him every morning for the gift of life. Say the Shema twice daily for the gift of love. Join your voice to others in prayer so that His spirit may flow through you, giving you the strength and courage to change the world.

When you cannot see Him, it is because you are looking in the wrong direction. When He seems absent, He is there just behind you, but you have to turn to meet Him. Do not treat Him like a stranger. He loves you. He believes in you. He wants your success. To find Him you do not have to climb to heaven or cross the sea. His is the voice you hear in the silence of the soul. His is the light you see when you open your eyes to wonder. His is the hand you touch in the pit of despair. His is the breath that gives you life. 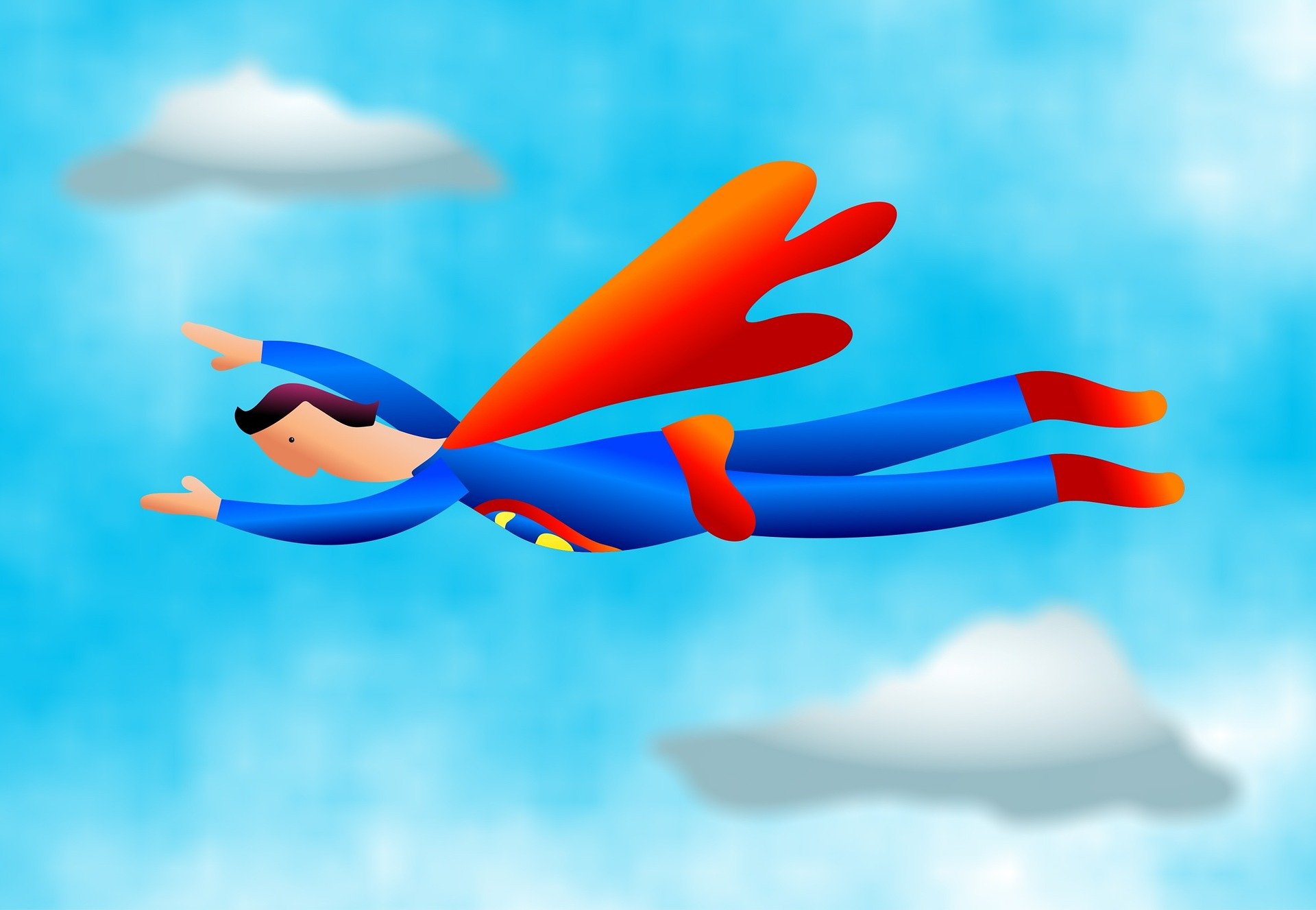