In March 2020, while launching a new book, I took part in a BBC radio program along with Mervyn King, who had been governor of the Bank of England at the time of the financial crash of 2008. He, together with the economist John Kay, had also brought out a new book, Radical Uncertainty: decision-making for an unknowable future.

The coronavirus pandemic was just beginning to make itself felt in Britain, and it had the effect of making both of our books relevant in a way that neither of us could have predicted. Mine is about the precarious balance between the “I” and the “we”: individualism versus the common good. Theirs is about how to make decisions when you cannot tell what the future holds.

The modern response to this latter question has been to hone and refine predictive techniques using mathematical modeling. The trouble is that mathematical models work in a relatively abstract, delimited, quantifiable world and cannot deal with the messy, unpredictable character of reality. They don’t and cannot consider what Donald Rumsfeld called the “unknown unknowns” and Nicholas Taleb termed “black swans” – things that no one expected but that change the environment. We live in a world of radical uncertainty.

Accordingly, they propose a different approach. In any critical situation, ask: “What is happening?” They quote Richard Rumelt: “A great deal of strategy work is trying to figure out what is going on. Not just deciding what to do, but the more fundamental problem of comprehending the situation.” Narrative plays a major role in making good decisions in an uncertain world. We need to ask: of what story is this a part?

Neither Rumelt nor King and Kay quote Amy Chua, but her book Political Tribes is a classic account of failing to understand the situation. Chapter by chapter she documents American foreign policy disasters from Vietnam to Iraq because policy-makers did not comprehend tribal societies. You cannot use war to turn them into liberal democracies. Fail to understand this and you will waste many years, trillions of dollars, and tens of thousands of lives.

It might seem odd to suggest that a book by two contemporary economists holds the clue to unraveling the mystery of the spies in our parsha. But it does.

We think we know the story. Moshe sent twelve spies to spy out the land. Ten of them came back with a negative report. The land is good, but unconquerable. The people are strong, the cities impregnable, the inhabitants are giants and we are grasshoppers. Only two of the men, Yehoshua and Calev, took a different view. We can win. The land is good. G-d is on our side. With His help, we cannot fail.

On this reading, Yehoshua and Calev had faith, courage and confidence, while the other ten did not. But this is hard to understand. The ten – not just Yehoshua and Calev – knew that G-d was with them. He had crushed Egypt. The Israelites had just defeated the Amalekites. How could these ten – leaders, princes – not know that they could defeat the inhabitants of the land?

What if the story were not this at all? What if it was not about faith, confidence, or courage. What if it was about “What is going on?” – understanding the situation and what happens when you don’t. The Torah tells us that this is the correct reading, and it signals it in a most striking way.

Biblical Hebrew has two verbs that mean “to spy”: lachpor and leragel (from which we get the word meraglim, “spies”). Neither of these words appear in our parsha. That is the point. Instead, no less than twelve times, we encounter the rare verb, la-tur. It was revived in modern Hebrew and means (and sounds like) “to tour.” Tayar is a tourist. There is all the difference in the world between a tourist and a spy.

Malbim explains the difference simply. Latur means to seek out the good. That is what tourists do. They go to the beautiful, the majestic, the inspiring. They don’t spend their time trying to find out what is bad. Lachpor and leragel are the opposite. They are about searching out a place’s weaknesses and vulnerabilities. That is what spying is about. The exclusive use of the verb latur in our parsha is there to tell us that the twelve men were not sent to spy. But only two of them understood this.

Almost forty years later, when Moshe retells the episode in Devarim 1:22-24, he does use the verbs lachpor and leragel. In Bereishis 42, when the brothers come before Joseph in Egypt to buy food, he accuses them of being meraglim, “spies,” a word that appears seven times in that one chapter. He also defines what it is to be a spy: “You have come to see the nakedness of the land” (i.e. where it is undefended).

The reason ten of the twelve men came back with a negative report is not because they lacked courage or confidence or faith. It was because they completely misunderstood their mission. They thought they had been sent to be spies. But the Torah never uses the word “spy” in our chapter. The ten simply did not understand what was going on.

They believed it was their role to find out the “nakedness” of the land, where it was vulnerable, where its defenses could be overcome. They looked and could not find. The people were strong, and the cities impregnable. The bad news about the land was that there was not enough bad news to make it weak and thus conquerable. They thought their task was to be spies and they did their job. They were honest and open. They reported what they had seen. Based on the intelligence they had gathered, they advised the people not to attack – not now, and not from here.

I suggest that the answer is to be found in a passage in the Talmud (Kiddushin 41a) that states: it is forbidden for a man to marry a woman without seeing her first. The reason? Were he to marry without having seen her first, he might, when he does see her, find he is not attracted to her. Tensions will inevitably arise. Hence the idea: first see, then love.

The same applies to a marriage between a people and its land. The Israelites were traveling to the country promised to their ancestors. But none of them had ever seen it. How then could they be expected to muster the energies necessary to fight the battles involved in conquering the land? They were about to marry a land they had not seen. They had no idea what they were fighting for.

The twelve were sent latur: to explore and report on the good things of the land so that the people would know it was worth fighting for. Their task was to tour and explore, not spy and decry. But only two of them, Yehoshua and Calev, listened carefully and understood what their mission was: to be the eyes of the congregation, letting them know the beauty and goodness of what lay ahead, the land that had been their destiny since the days of their ancestor Avraham.

The Israelites at that stage did not need spies. As Moshe said many years later: “You did not trust in the L-rd your G-d, who went ahead of you on your journey, in fire by night and in a cloud by day, to search out places for you to camp and to show you the way you should go” (Devarim 1:32-33). G-d was going to show them where to go and where to attack.

The people needed something else entirely. Moshe had told them that the land was good. It was “flowing with milk and honey.” But Moshe had never seen the land. Why should they believe him? They needed the independent testimony of eyewitnesses. That was the mission of the twelve. And in fact, all twelve fulfilled that mission. When they returned, the first thing they said was: “We went into the land to which you sent us, and it does flow with milk and honey! Here is its fruit” (Bamidbar 13:27). But because ten of them thought their task was to be spies, they went on to say that the conquest was impossible, and from then on, tragedy was inevitable.

The difference between the ten and Yehoshua and Calev is not that the latter had the faith, courage and confidence the former did not. It is that they understood the story; the ten did not.

I find it fascinating that a leading economist and a former Governor of the Bank of England should argue for the importance of narrative when it comes to decision-making under conditions of radical uncertainty. Yet that is the profound truth in our parsha.

Ten of the twelve men thought they were part of a story of espionage. The result was that they looked for the wrong things, came to the wrong conclusion, demoralized      the people, destroyed the hope of an entire generation, and will eternally be remembered as responsible for one of the worst failures in Jewish history.

I write these words while the coronavirus pandemic is at its height. Has anyone yet identified the narrative of which it and we are a part? I believe that the story we tell affects the decisions we make. Get the story wrong and we can rob an entire generation of their future. Get it right, as did Yehoshua and Calev, and we can achieve greatness. 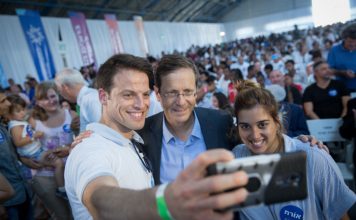 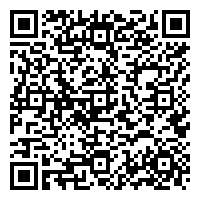