This week’s sedrah, Chukat, opens with a concept that gives it its name: “This is the statute of the Torah…” Chukkim (statutes) constitute a specific category of biblical law. Traditionally they refer to the commands that seem to have no obvious reason – either in terms of social justice or historical memory. They include such laws as the prohibition against eating meat and milk together, wearing clothes of mixed wool and linen (sha’atnez), and sowing a field with two kinds of grain (kilayim).

The most striking example of a statute is the law with which the sedrah begins: the Red Heifer. This ritual – based on the idea that death defiles – involves an elaborate system of purification. In temple times, someone who had become impure through contact with or proximity to a corpse had to undergo this rite, taking seven days, before he or she could enter the temple precincts again.

The sages were fully aware that the chukkim seemed to defy any analysis in terms of social utility. They said of them that they were laws of which “Satan and the nations of the world made fun.” They had the appearance of irrationality, even superstition.

There is a famous passage in the rabbinic literature in which Rabban Yochanan ben Zakkai was challenged by a Roman who thought that the law of the red heifer was just that: superstition, magic. Artfully, Yochanan explained it to him in terms of exorcism. The person who comes into contact with death undergoes a form of demonic possession. He or she is affected by an “impure spirit.” The ritual, he said, was intended to drive the spirit away. It was – as we might put it today – cathartic or psychotherapeutic.

The Roman went away satisfied. What makes the passage so fascinating is that it does not end there. Rabban Yochanan’s students, who had witnessed the encounter, challenged the master once the Roman had left. “You drove him away with a straw,” they said, meaning: you gave him an answer he could understand and relate to. “But what will you answer us?” In effect, they were saying to Rabban Yochanan: Romans, too, are superstitious. They have their own irrationalities. You gave the man an answer that appealed to him, but you were engaging in rhetoric rather than the pursuit of truth. We, your disciples, know there are no such things as spirits. What then will you say to us?

Yochanan’s reply is breathtaking in its honesty. “Do not think that it is death that defiles, or the waters [of the red heifer] that purify. Rather, G-d says this: ‘I have ordained a decree, I have issued a statute, and you have no right to question my decision [l’harher achar middotai].’ ” Do not believe, he is saying, that every aspect of the Torah is fully comprehensible to us. There are elements in Jewish life that are not fully amenable to logic, at least insofar as we can apply it. As Shakespeare put it: There are more things in heaven and earth than are dreamed of in your philosophy. There are some laws (not all) that exist because G-d commanded them. We cannot understand them; all we can do is obey.

What is fascinating in this exchange is less Yochanan’s answer than the tension we feel in the entire story. That a religion might contain laws we cannot fully understand is a cliché. Every religion has irrational elements, rituals that to an outsider seem strange, illogical, and arbitrary. What we sense in the story is the opposite: the rationalism of Yochanan’s students. After all, it was their master, Rabban Yochanan himself, who was one of the great proponents of ta’amei hamitzvot, the search for “reasons for the commandments.” They were not content with easy answers – explanations that might make sense to a Roman. They wanted nothing less than the truth.

To this, in effect, Rabban Yochanan responded by saying, Yes, I have taught you to insist on rationality, logic, and philosophical explanations. But now I must teach you something no less fundamental – namely, the limits of reason. The human mind must learn humility. We cannot understand everything at once. There are elements of existence that, at any given time, are opaque to reason. Wisdom, if it is truly to be wise, must respect its own boundaries.

Strangely, it was a self-confessed agnostic, Friedrich Hayek, one of the great liberal thinkers of the 20th century, who at the end of his life came to the same conclusion. He called his last book, The Fatal Conceit. In it he argued that the great failures of the modern world – socialism, communism, and other attempts at social engineering – came about because of the “fatal conceit” that we can plan human destiny in advance by the application of rationality: science, technology, bureaucracy, utilitarianism, etc.

We cannot. All social engineering is subject to the “law of unintended consequences.” Things go wrong. They do not turn out as we planned. A program devised to eliminate poverty is discovered, a generation later, to have made poverty worse, not better. A revolution undertaken in the name of freedom results in a new form of tyranny. The saddest words in history are, “It seemed like a good idea at the time.” Meanwhile, outcomes that were entirely unintended turn out to be benign. That is what Adam Smith discovered about the economics of the free market. A large number of individuals pursuing their own interests create a process that enhances the common good. No one intended this. It just happened. Smith himself – in a strikingly religious phrase – called this “the invisible hand.”

What we need, said Hayek, is a series of rules – “Thou shalt nots” – that we obey simply because they are rules, and because societies observing these rules survive. We may never fully understand why and how they contribute to survival. They just do. They are our greatest protection against the fatal conceit of rationality when applied – not to nature, but to human beings and their interactions.

Hayek was no irrationalist. Nor, 19 centuries earlier, was Rabban Yochanan ben Zakkai. What they taught was similar to the famous theorem proved by Godel: that for any system there are truths unprovable within the system. Logic has limits. Reason has boundaries. A failure to observe these limits results in tragedy. In Judaism those limits are called chukkim, laws that cannot be explained in terms of social engineering or immediate consequences.

Yochanan did not counsel a life of blind obedience. He taught his disciples to search for reasons for the commandments. But he also taught them to respect what they could not understand, and that there are some rules whose logic is beyond us. Sometimes a law that seems unfathomable to one generation becomes lucidly self-evident to the next. That is what has happened in the case of many of the chukkim. Only recently has concern for the environment and the danger of genetically modified crops alerted us to the importance of respect for nature that lies at the core of the Torah’s laws against crossbreeding and the mixture of species. Only since Freud have we come to understand the irrational death instinct (Freud called it Thanatos) against which the law of the Red Heifer and the idea that death defiles is a protest. Often the logic of biblical law, opaque for centuries, becomes clear in the course of time.

The concept of a chok tells us not to reject what we do not yet comprehend. There are aspects of life that call for faith in a wisdom greater than ours. We must strive to understand what we can, but we must also have the humility to make space in our lives for that which we cannot. 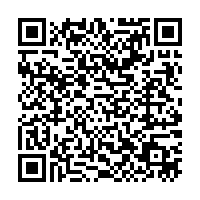