In a much watched TED talk, Simon Sinek asked the question: How do great leaders inspire action? What made people like Martin Luther King and Steve Jobs stand out from their contemporaries who may have been no less gifted, no less qualified? His answer: Most people talk about what. Some people talk about how. Great leaders, though, start with why. This is what makes them transformative.

Sinek’s lecture was about business and political leadership. The most powerful examples, though, are directly or indirectly religious. Indeed I argued in The Great Partnership what makes Abrahamic monotheism different is that it believes there is an answer to the question, why. Neither the universe nor human life is meaningless, an accident, a mere happenstance. As Freud, Einstein and Wittgenstein all said, religious faith is faith in the meaningfulness of life.


Rarely is this shown in a more powerful light than in Va’etchanan. There is much in Judaism about what: what is permitted, what forbidden, what is sacred, what is secular. There is much, too, about how: how to learn, how to pray, how to grow in our relationship with God and with other people. There is relatively little about why.

In Va-etchanan Moses says some of the most inspiring words ever uttered about the why of Jewish existence. That is what made him the great transformational leader he was, and it has consequences for us, here, now.

To have a sense of how strange Moses’ words were, we must recall several facts. The Israelites were still in the desert. They had not yet entered the land. They had no military advantages over the nations they would have to fight. Ten of the twelve spies had argued, almost forty years before, that the mission was impossible. In a world of empires, nations and fortified cities, the Israelites must have seemed to the untutored eye defenseless, unproven, one more horde among the many who swept across Asia and Africa in ancient times. Other than their religious practices, few contemporary observers would have seen anything about them to set them apart from the Jebusites and Perizzites, Midianites and Moabites, and the other petty powers that populated that corner of the Middle East.

Yet in this week’s parsha Moses communicated an unshakeable certainty that what had happened to them would eventually change and inspire the world. Listen to his language:

Ask now about the former days, long before your time, from the day God created human beings on the earth; ask from one end of the heavens to the other. Has anything so great as this ever happened, or has anything like it ever been heard of? Has any other people heard the voice of God speaking out of fire, as you have, and lived? Has any god ever tried to take for himself one nation out of another nation by miracles, signs and wonders, by war, by a mighty hand and an outstretched arm, or by great and awesome deeds, like all the things the Lord your God did for you in Egypt before your eyes? (Deut. 4:32-34)

Moses was convinced that Jewish history was, and would remain, unique. In an age of empires, a small, defenseless group had been liberated from the greatest empire of all by a power not their own, by God himself. That was Moses’ first point: the singularity of Jewish history as a narrative of redemption.

His second was the uniqueness of revelation:

Other nations had gods to whom they prayed and offered sacrifices. They too attributed their military successes to their deities. But no other nation saw God as their sovereign, legislator and law-giver. Elsewhere law represented the decree of the king or, in more recent centuries, the will of the people. In Israel, uniquely, even when there was a king, he had no legislative power. Only in Israel was God seen not just as a power but as the architect of society, the orchestrator of its music of justice and mercy, liberty and dignity.

The question is why. Toward the end of the chapter Moses gives one answer: “Because He loved your ancestors and chose their descendants after them” (Deut. 4:37). God loved Abraham, not least because Abraham loved God. And God loved Abraham’s children because they were his children and He had promised the patriarch that He would bless and protect them.

Earlier though Moses had given a different kind of answer, not incompatible with the second, but different:

See, I have taught you decrees and laws as the Lord my God commanded me … Observe them carefully, for this is your wisdom and understanding in the eyes of the nations, who will hear about all these decrees and say, “Surely this great nation is a wise and understanding people.” (Deut. 4:5-6)

Why did Moses, or God, care whether or not other nations saw Israel’s laws as wise and understanding? Judaism was and is a love story between God and a particular people, often tempestuous, sometimes serene, frequently joyous, but close, intimate, even inward-looking. What has the rest of the world to do with it?

But the rest of the world does have something to do with it. Judaism was never meant for Jews alone. In his first words to Abraham, God already said, “I will bless those who bless you, and those who curse you, I will curse; through you all the families of the earth will be blessed” (Gen. 12:3). Jews were to be a source of blessing to the world.

God is the God of all humanity. In Genesis He spoke to Adam, Eve, Cain, Noah, and made a covenant with all humankind before He made one with Abraham. In Egypt, whether in Potiphar’s house, or prison, or Pharaoh’s palace, Joseph continually talked about God. He wanted the Egyptians to know that nothing he did, he did himself. He was merely an agent of the God of Israel. There is nothing here to suggest that God is indifferent to the nations of the world.

Later in the days of Moses, God said that He would perform signs and wonders so that “The Egyptians will know that I am the Lord” (Ex. 7:5). He called Jeremiah to be “a prophet to the nations.” He sent Jonah to the Assyrians in Nineveh. He had Amos deliver oracles to the other nations before He sent him an oracle about Israel. In perhaps the most astonishing prophecy in Tanakh He sent Isaiah the message that a time will come when God will bless Israel’s enemies: “The Lord Almighty will bless them, saying, ‘Blessed be Egypt My people, Assyria My handiwork, and Israel My inheritance’ ” (Is. 19:25).

God is concerned with all humanity. Therefore what we do as Jews makes a difference to humanity, not just in a mystical sense, but as exemplars of what it means to love and be loved by God. Other nations would look at Jews and sense that some larger power was at work in their history. As the late Milton Himmelfarb put it:

Each Jew knows how thoroughly ordinary he is; yet taken together, we seem caught up in things great and inexplicable…The number of Jews in the world is smaller than a small statistical error in the Chinese census. Yet we remain bigger than our numbers. Big things seem to happen around us and to us.

We were not called on to convert the world. We were called on to inspire the world. As the prophet Zechariah put it, a time will come when “Ten people from all languages and nations will take firm hold of one Jew by the hem of his robe and say, ‘Let us go with you, because we have heard that God is with you’ ” (Zech. 8:23). Our vocation is to be God’s ambassadors to the world, giving testimony through the way we live that it is possible for a small people to survive and thrive under the most adverse conditions, to construct a society of law-governed liberty for which we all bear collective responsibility, and to “act justly, love mercy and walk humbly” (Micah 6:8) with our God. Va-etchanan is the mission statement of the Jewish people.

And others were and still are inspired by it. The conclusion I have drawn from a lifetime lived in the public square is that non-Jews respect Jews who respect Judaism. They find it hard to understand why Jews, in countries where there is genuine religious liberty, abandon their faith or define their identity in purely ethnic terms.

Speaking personally, I believe that the world in its current state of turbulence needs the Jewish message, which is that God calls on us to be true to our faith and a blessing to others regardless of their faith. Imagine a world in which everyone believed this. It would be a world transformed.

We are not just another ethnic minority. We are the people who predicated freedom on teaching our children to love, not hate. Ours is the faith that consecrated marriage and the family, and spoke of responsibilities long before it spoke of rights. Ours is the vision that sees alleviation of poverty as a religious task because, as Maimonides (The Guide for the Perplexed, III: 27) said, you cannot think exalted spiritual thoughts if you are starving or sick or homeless and alone. We do these things not because we are conservative or liberal, Republicans or Democrats, but because we believe that is what God wants of us.

Much is written these days about the what and how of Judaism, but all too little about the why. Moses, in the last month of his life, taught the why. That is how the greatest of leaders inspired action from his day to ours.

If you want to change the world, start with why.

Adapted from “Covenant & Conversation,” a collection of Rabbi Jonathan Sacks’s parshiyot hashavua essays, published by Maggid Books, an imprint of Koren Publishers Jerusalem, in conjunction with the Orthodox Union. 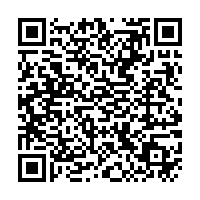