One may ask, “Why did the Rebbe make such a big campaign – ‘shturem’ in the Rebbe’s words – about the year of Hakhel? After all, everyone agrees that this was a mitzvah in the time of the Beis HaMikdAsh, when there was a melech, a Jewish king, as the Rambam writes this clearly in Hilchos Chagiga. If so, how does Hakhel apply nowadays during golus?

The question becomes even greater, considering that even in Chabad literature, from all the previous Rebbeim, we do not find any encouragement for Hakhel activity. This is a chidush, an innovation, of the Rebbe.

Though it’s very difficult for anyone to pinpoint a reason as to why the Rebbe did a particular thing, we nevertheless see a trend in the Rebbe’s activities, which is to do everything one can to bring Moshiach.

It is pretty clear that this is the explanation behind the mitzvah campaigns, the daily study of Rambam, and many other of the Rebbe’s innovations. Indeed, if we analyze the mitzvah of Hakhel, we see that it is really synonymous with Moshiach and is the ultimate activity of Moshiach, when all Jewish men, women and children will be united and gathered in Yerushalayim Ir HaKodesh.

We also see something astonishing. The most recent farbrengen (gathering) when the Rebbe spoke to us was on Shabbos Parshas Vayakhel 5752 (1992), something very interesting appears as the last words of the transcript reviewed by the Rebbe.

The following day, Sunday, the Rebbe distributed dollars for tzedakah as usual. Then on Monday morning, 27 Adar, the Rebbe went to the Ohel (the resting place of the Previous Rebbe). Before going, the Rebbe edited the transcript (hanochoh) of the Shabbos farbrengen. A synopsis was published in Sefer Hasichos 5752, printed in wide lines rather than in two columns as usual.

It’s mind-boggling that the final words in that edited sichah are from the verse (Yirmeyah 31:7): “Kohol Gadol Yoshuvu Heinah – a great multitude will return here.”

This verse is commonly associated with Hakhel. And yet 5752 was not a year of Hakhel! The previous Hakhel was four year earlier, and the next would be three years after that, in 5757. So why did the Rebbe end the sichah with those words?

As a suggestion to our readers, let us visualize that the Rebbe is sitting at a farbrengen in 770 on Parshas Vayakhel 5752. The Rebbe knew what we did not – that this would be the last Shabbos farbrengen for a while – until we meet again.

In this same building many years earlier, at the first farbrengen in 5711, the Rebbe identified what Vaya Khel is his leadership was going to accomplish: “Bias Moshiach Tzidkeinu b’poel mamosh – “the coming of Moshiach in actuality.”

Now, the Rebbe is sitting at a farbrengen in 5752 and he knows that next week he will not be able to farbreng; this is going to be the last farbrengen for a while, and Moshiach did not come yet… So, the Rebbe made sure to tell us that what he promised us is that this is the “last generation of golus and the first generation of geulah” and that Moshiach is coming in our generation. That promise stands. And to prove it, the last words of the edited words of the sichah are “Kohol Gadol Yashuvu Heinah, a great multitude will return here.”

Thus, we see the clear connection between the year of Hakhel and Moshiach. The ultimate Hakhel is the ultimate gathering of Moshiach.

May it happen very speedily in our very own days. 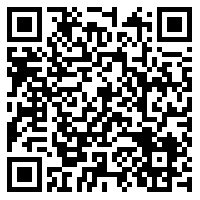