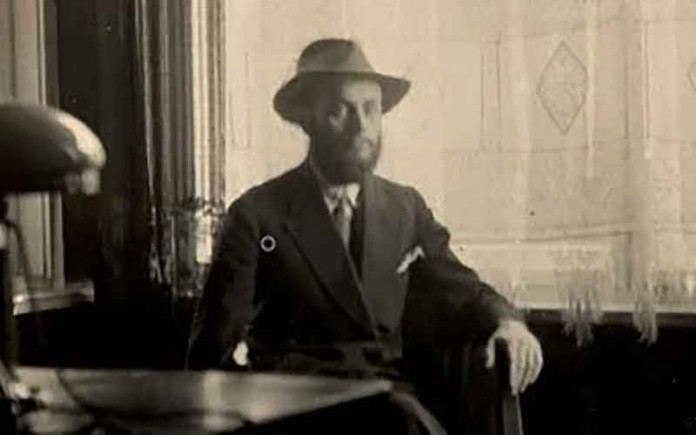 This week, we mark the anniversary of the Rebbe’s marriage, on the fourteenth of Kislev 5689 (1928), to Rebbetzin Chaya Mushka, the daughter of the Previous Rebbe, the Rebbe Rayatz.

Years earlier, the Rebbe Rayatz was told by his father, the Rebbe Rashab, that he should think about the son of R. Levi Yitzchok Schneerson for his daughter’s shidduch.

The official drafting of the tna’im (engagement) took place on 6 Kislev 5689, in Riga. The following Shabbos, 11 Kislev, the aufruf of the chosson to the Torah was held in the Rebbe Rayatz’s minyan. Following Mussaf a kiddush and farbrengen took place, at which the Rebbe Rayatz said a ma’amar (Chassidic discourse) titled “V’chol Bonayich Limudei Hashem – And All Your Children Shall be Taught About Hashem.”

On 14 Kislev, the first segment of the wedding celebration was held in the Tomchei Temimim Yeshivah in Warsaw, with many distinguished guests in attendance. The Rebbe Rayatz did the Siddur Kiddushin and recited all the Sheva Brochos (Seven Blessings) under the chuppah in the yeshivah’s inner courtyard. The Radziner Rebbe was honored to read the kesubah. It was reported that over 5,000 people attended the chuppah.

After the meal, there was additional dancing, and the Rebbeim in attendance danced in a circle. When they sat down to rest, the Rebbe Rayatz danced with the Rebbe “in the old chasidic style,” one hand on the other’s shoulder, with a quick pace. The general dancing concluded at 3:30 a.m., after which some of the guests left. This was followed by more niggunim. Then the Rebbe Rayatz said the ma’amar that begins Asher Bara [Sasson veSimcha] – Blessed are you… Who created joy and happiness.”

The Rebbe’s parents, living in the city of Yekatrinoslav (then Dnepropetrovsk), were denied permission from the Soviet authorities to travel to their son’s wedding in Warsaw, on account of their activities in the spreading of Judaism. On the day of the wedding, the Rebbe’s father sent a heartfelt telegram to the Rebbe. His wife, Rebbetzin Chana, later recalled: “The tablecloth was wet from my husband’s tears as he wrote that telegram.”

That evening, they held their own wedding celebration in their home, in which the entire community participated. Despite the lack of physical presence of the bride and groom, the atmosphere was very joyous, and it even seemed that they were at the actual wedding. The public talks and jubilant dancing went on until seven a.m. the next morning.

Years later, on Shabbos 14 Kislev, 5714 (1953), the 25th anniversary of his marriage (“Di Zilberne Chasunah – The Silver Wedding Anniversary”) the Rebbe opened his farbrengen by saying, “Der tog vos hot farbundun mir mit aych un aych mit mir – This is the day that bound me to you and you to me. Together, we will invest effort and bring about the true and complete redemption. May Hashem help us to see good fruits from our work!”