We currently find ourselves in the month of Adar, and the Sages teach us (Taanis, 29a) that “when Adar enters, we are to increase in joy.” This is brought to a new level in a leap year when there are two months of Adar. The Rebbe noted that in the laws of kashrus there is a rule of Bitul b’shishim, that a small amount of non-kosher substance could become nullified in 60 times the amount of kosher food. Similarly, any potentially negative matters should be annulled in the sixty days of simcha.

It is therefore appropriate to expound on the subject of simcha as elucidated in Chassidus and the Rebbe’s teachings:


While the need for simcha is stressed during Adar, it is a necessary quality to have the entire year. In fact, the language used by the Sages is to increase in the joy we are meant to have already.

The importance and benefits of simcha are discussed numerous times in Tanach and the teachings of our Sages. It suffices to quote the famous verse from Tehillim (100:2), “Serve G-d with simcha.” The Rambam in his Mishneh Torah (Hilchos Lulov, 8:15) extolls the greatness of simcha in our service of G-d. “The simcha with which a person should rejoice in the fulfillment of the mitzvos and the love of G-d who commanded them is a tremendous service … there is no greatness or honor other than being joyous before G-d….”

The Sages of Kabbalah also say wondrous things about simcha. The Arizal offers a unique interpretation to the posuk found in the rebuke (Devarim, 28:47) “…because you did not serve G-d, your G-d, with simcha and with gladness of heart.” The emphasis, according to the Arizal, is on the simcha. One may have served G-d, but the lack of simcha is the problem. There is also a tradition that the Arizal reached all his lofty levels of understanding G-dliness only in the merit of his simcha.

The Baal Shem Tov – and following him, all the Chassidic Rebbes – placed much emphasis on the concept of simcha. Not only must one study Torah and fulfill mitzvos with simcha, but this simcha should accompany the person in every facet of his life. Chassidus, in its unique way, illuminates the fundamentals that always existed among Jews, and consequently, simcha also received its appropriate place of prominence.

The emphasis on simcha is part and parcel of the chassidic way of life. Moreover, it is a result of previous steps taken in the internal soul-struggles of the aspiring chossid. Without this personal self-examination the simcha may not necessarily be true and pure, as Chassidus calls for.

Chabad Chassidus explains that the true motivation for simcha in our service of G-d comes through reflecting on what it means to do a mitzvah. The word “mitzvah,” explains Chassidus, comes from the term “tzavsah vechibur,” a bond and connection. When a Jew ponders how he bonds with G-d through the performance of the mitzvah, this itself brings much joy and contentment. The mitzvah enables his soul, which is a spark of G-dliness, to be united with its source in G-d. “Surely, there is no joy as great as that of being released from exile and captivity. It is comparable to the joy of a prince who was taken captive and subjected to turning the millstone in prison while covered with filth, and who then goes free to the house of his father, the king” (Tanya, ch. 31).

The simcha that a Jew has in his service of G-d demonstrates that he has a true appreciation for the mitzvos. When a person does something with desire and love, they are happy. By contrast, sadness indicates a feeling of insecurity with what they are doing.

When a Jew studies Torah and does mitzvos with the consciousness that this is the most wondrous opportunity for him, he will undoubtedly have simcha. This is especially so when he studies about G-d’s greatness and becomes familiar with how unlimited G-d is. Torah and mitzvos provide the opportunity to connect with the unlimited, and thus, the simcha this brings is also unlimited.

The simcha that a Jew has in the service of G-d demonstrates a true appreciation for the mitzvos. When a person does something with desire and love, they are happy. 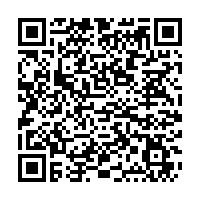