Aaron and Rivka Rose faced the test of their lives. They owned a small cosmetics company in England which was riding a wave of success in the early ‘80s as the world began to crave natural makeup products. They were set to attend a major industry tradeshow at which they garnered a significant amount of income each year. However, there was one major hitch – the most important day of the exhibition was on Saturday, and Aaron and Rivka had just committed to observing Shabbos.

They knew that missing the exhibition was akin to business suicide. But they had made a commitment in their hearts to observe Shabbos. Was their recent commitment strong enough to prevail against this dramatic test? Did they have the strength to persevere?


We first met Aaron (Anthony) and Rivka in our last column. They had each spent years searching for meaning within Eastern religions before finding each other and the truth of Judaism at a Shabbos table in Tzefas and at a subsequent Arachim kiruv seminar in Yerushalayim.

Following that trip in 1985, they returned to their home in Edinburgh, Scotland with a solid commitment to become observant, but with little knowledge of how to do so. With no one to teach or guide them in the spiritual desert of Edinburgh, they reached out to Rabbi Mordechai Bamburger, who headed a community kollel in the city of Glasgow. Two hours away from them, the city was home to a small frum community. Aaron and Rivka began traveling to his home each Shabbos, finding both a knowledgeable rav to answer their many questions and a warm family to guide their journey.

Rivka had founded the natural-products cosmetics company Faith In Nature in 1972 as a one-woman company. She manufactured a slew of natural products, including seaweed shampoo, facial cream made from carrots, and products made from oranges, cucumbers and other items. The products were sold through retail stores under the company’s label. After they met and began dating, Aaron joined the company to oversee and expand its business operations, while Rivka continued to focus on the manufacturing. They ran the company from two small stores and a connecting basement.

In the year following their return to England, Aaron and Rivka were on a steady ascent of accepting mitzvos. However, when they made the decision to become shomer Shabbos, they completely forgot about the Natural Products Show, scheduled for several months later in Brighton, on the south coast of England.

The trade show attracted hundreds of manufacturers, suppliers and retail stores each year. Major agreements were signed and deals were made there. Each year, Faith In Nature typically received orders of 470 pounds at the event, which represented a large portion of their income. The convention was critical both for driving sales, and for building and maintaining relationships with customers.

The exhibition ran from Friday afternoon through Sunday morning. In a typical year, Aaron and Rivka packed up their samples on the Wednesday prior, drove the seven hours to Brighton on Thursday and set up their booth on Friday morning before the event opened.

But that year as the date of the event loomed close, Aaron and Rivka were torn between the reality of the need to attend, and the importance of their commitment to their observance.

“We went back and forth. We said, ‘Let’s just do the exhibition and then we’ll keep Shabbos afterwards.’ Then we thought that we had just decided to keep Shabbos, we had just made this commitment, we thought we ought to fulfill it. We knew that we would lose our deposit, and would the lose money that always came in. It was always around 470 pounds,” Aaron said.

They turned to Rabbi Bamburger for advice. He did not provide a specific answer, but simply told them “You won’t lose by not going.”

As the weeks progressed, Aaron and Rivka continued to deliberate. They finally made the critical decision of their lives and decided to skip the exhibition.

They accepted the loss but felt content in knowing that they had made the correct decision. They settled in for what they expected would be a quiet Shabbos at home in Edinburgh.

Hashem had other plans.

“On the Thursday that we were supposed to be on the way down to London, a lady called the office. She said she had a natural cosmetics shop. Her normal supplier had let her down and she wanted to know if we had any cosmetics to sell her.”

Aaron told the woman that they sold their products under their own brand, but the woman said she needed products under her label only. Aaron wrote down her contact details and the items she wanted, and said he would investigate if there was any way they could help her. The order was extremely large.

As he hung up the phone, Aaron thought of one possible solution.

“A few months earlier, a company had approached us about the possibility of manufacturing items for them. We had made lots of samples for them. They paid us but didn’t want to go ahead with it. We were left with all of the samples and didn’t have a use for them, so at the time I had packed them up and put them in the basement.”

Aaron went downstairs. There he found dozens of boxes, filled with hundreds of samples still carefully packaged, untouched and with blank labels. He compiled a list of the items and called the woman back to see if any of them would be of use to her.

Aaron nearly fell out of his seat as he heard her words. He then sat down to calculate the cost of the items.

The total: 470 pounds, the amount they earned at the tradeshow each year.

“That was a story that clearly taught us that you won’t lose by not going. It was just as Rabbi Bamburger had said.

“This was an absolutely clear sign of the power of keeping Shabbos. We were used to working on Shabbos. That was one of our biggest tests. As a manufacturer we didn’t have to sell, but we were always busy making things. We could not imagine how we could stop working. How in five days of working could we make as much as on six days?”

Aaron said they never heard from the woman again. Hashem had sent her at just that moment, just when she was needed, to give them a clear verification of the correctness of their decision.

From the episode, they also learned an unambiguous lesson about the source of their income – Hashem decides to the last pound how much money they will receive each year, and He dictates the exact source of that income. The decision, which at first seemed to be a tremendous risk, in fact taught them a critical message: the only way to properly earn one’s income is by following, and not flaunting, Hashem’s rules.

Faith In Nature has long outgrown its office in the Rose home and its warehouse in their basement. It now has a staff of 50 and a factory of 26,000 square feet. The company exports to 20 international markets (including to the USA under the Ahold Group name).

The Gemara (Shabbat 119a) records: Rebbi asked Rabi Yishmael bar Rabbi Yosi to identify which spiritual merits provide wealth to Jews in various locations. Among his answers was honoring Shabbos.

Such has been the merit of Aaron and Rivka Rose. They struggled in the early days of their commitment to Shabbos. On one side stood the absolute beauty of the day and their eagerness to uphold their decision to observe its rules. On the other side they could not understand how they could survive without working on it.

But when they gathered up their courage and commitment to their observance, they overcame the daunting challenge. Through doing so, they beautified the day of Shabbos, and they continue to do so each week. They have been guided through other tests by the critical message of that first hurdle – make the correct choice, and Hashem will take care of the rest. 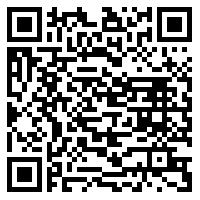