In the vernacular of our sages and in our prayers, Pesach is titled, “Z’man chayrusaynu– Time of our freedom.” Although we did attain freedom at the time of our redemption from Egypt, titling the holiday as such doesn’t seem to encapsulate the root of the holiday’s greatness.

Egypt was the superpower of the ancient world from which no slave ever escaped. Yet the entire Jewish nation marched out of the country unhindered. Therefore the greatness of Pesach is that it is the time of our miraculous salvation and redemption. Freedom was indeed the desired outcome of the exodus, however, to say that Pesach is merely the “time of freedom” seems to omit the whole miracle of redemption, plagues and all.


Furthermore, Chazal state, “There is no truly free person other than one who immerses himself in Torah study” (Avos 6:2). If so, true freedom could only be attained on Shavuos, the anniversary of our receiving the Torah. If so, why is Pesach called “the time of freedom”?

In 1775, seventy soldiers of the Patriot army (known as the Minutemen) crossed paths with the six hundred or so British soldiers, who were en route to Concord, in Lexington (sixteen miles from Boston). To this day it is not known who fired first, but “the shot that was heard around the world” was fired, marking the commencement of America’s War of Independence.

On July 4th, 1776 the thirteen colonies signed the Declaration of Independence, which records the colonists’ rationalization and justification for proclaiming their independence from England. “We hold these truths to be self evident that all men are created equal, that they are endowed by their Creator with certain unalienable rights, that among these are Life, Liberty, and the Pursuit of Happiness… that to secure these rights Governments are instituted among men, deriving their just powers from the consent of the governed… that whenever any form of Government becomes destructive of these ends, it is the right of the people to alter or to abolish it, and to institute new Government…”

It wasn’t until 1781 however, when the British General, Lord Cornwallis, surrendered to Patriot General George Washington at the conclusion of the Battle of Yorktown, that American independence was truly achieved.

The answer is that while the colonists did not attain true independence until the Battle of Yorktown, the Declaration of Independence was their proclamation of freedom. It heralded to the world that they were willing to fight for their cause. They had declared to pledge their lives and their sacred honor to the cause, even at the risk of death. Without that first step they could never have achieved ultimate independence. The Declaration was the groundwork and the root of their victory; therefore the independence that was achieved must be attributed to those initial daring efforts. Everything the United States claims to stand for was accomplished at the time of the signing of the Declaration of Independence[1].

The truth is had Klal Yisroel not have accepted the Torah on Har Sinai, the entire exodus would have been in vain. Klal Yisroel could not have real freedom as a nation until they received the Torah. Nevertheless, the exodus from Egypt demonstrated an unwavering emunah in Hashem. Klal Yisroel fearlessly followed Moshe out of Egypt into the vast, perilous, and dangerous desert. Who would feed their children? Who would take care of their medical needs? From where would they get clothing? These logical worries did not concern them because they placed their complete trust in Hashem. With the exodus Klal Yisroel subconsciously expressed unyielding belief in G-d. The culmination of their efforts was only realized on Shavuos but the initiation, i.e. Klal Yisroel’s “shot that was heard around the world,” was marching out of Egypt into the vicissitudes and unknown of the desert.

Pesach may not be the day when Klal Yisroel became free per se, but it is the “time of our freedom” because it marked the beginning of our spiritual ascension which resulted in our freedom. It is for this reason that on Pesach we begin to count the forty-nine day omer concluding with Shavuos. 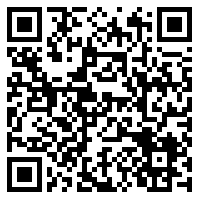