Tina was in my kindergarten class last year. Each day Tina’s hair flew all around her. It would tumble into her eyes and she would bat at it periodically throughout the day just to see. Sometimes I’d use whatever hair accessory I had at hand – even just a rubber band – to put Tina’s hair out of her face.

I once asked her mother to please make sure Tina’s hair was tied back in a ponytail or in a headband. Mom smiled and nodded, but there was never any change in Tina’s hair for the rest of the year.


This puzzled me, for I had taught Tina’s older sister several years ago. I remembered how carefully Tina’s sister’s hair was combed each day. One day when this sister had gotten a bit older, her hair color appeared much lighter. Curious, I asked Tina’s sister why her hair seemed different, and she whispered that her mom had had it highlighted professionally. The sister was about eight or nine years old at the time. I wondered why her little sister Tina was now being sent to school daily without her hair even being brushed.

This year, Tina’s first grade teacher also noticed. She was curious why each night Tina’s homework would not get done. Her teacher also fretted that Tina looked neglected. So she called the mom to tell her about the concerns she had.

Tina’s mom was appalled. She was angry at being accused of not caring for her child. She did not hear the quiet concern in the morah’s (teacher’s) voice, the care and love that was being offered on the phone. The very next day our school had a request for transcripts to be sent to a different school. Little Tina would now be sent to public school, just in time to learn about the winter holiday.

Today Tina no longer learns Torah. She will no longer learn how to daven (pray). She will not receive her first siddur (prayer book) at the end of the year with the rest of the first grade class. Tina now eats in a big cafeteria with all the other children in her neighborhood. Her Jewish heritage was taken away from her. All because there was a teacher who cared too much.

Teaching out-of-town children in the city’s only day school can be very rewarding. There is nothing like teaching about Hashem (G-d), about how the world was created, and all the amazing journeys of our Avos (Forefathers) and Imahos (Matriarchs). How delightful it is to experience the myriad of Jewish holidays with students throughout the year, especially the ones who do not experience them at home. Teaching our diverse student body makes us appreciate our religious lives even more. We know these Jewish children may be having a once-in-a-lifetime chance to learn Torah. Every single child we teach is precious, for however long he/she remains in our school, before he/she moves on to the public school system, which may be in grade school or, hopefully, not until high school. It is truly a miracle that we have non-observant parents who are willing to sacrifice so much for their child’s Jewish education.

Teaching out-of-town also presents strange challenges. Like the time that I taught Mark in kindergarten. Mark thrived in my class and his mother was amazed at how proud he was of being Jewish. Once, Mark came into class waving a picture he had drawn the night before. The picture was a peculiar one, unlike the pictures of flowers or hearts that I was accustomed to receiving from my young students. Puzzled, I asked Mark to tell me about the picture. With a big smile, he told me that it was based on a picture I had shown the class the day before. For a moment I was baffled, trying to remember, and we were both a little frustrated. Then Mark waved his hands, telling me about lines that went up and down. Of course! The class was shown a picture of the Shulchan (ShowTable) in the Mishkan (Tabernacle). His pencil drawing had lines crisscrossing purposefully in many directions. I was touched that Mark had remembered our lesson when he had gotten home, illustrated it, and brought it in to show me. 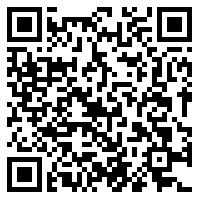