7am: The Morning Rush

“Let’s go. Get out of bed. You are already ten minutes late.”

“That’s what you always say, but why aren’t you dressed yet? And where is your backpack?”

The alarm clock rings and Chaim pulls his pillow over his head to stifle the screeching noise. Mornings are Chaim’s least favorite part of the day; they always end in someone yelling. In truth, mornings are difficult for most of us, but particularly so for those who struggle with basic skills that are labeled “executive function” skills.

In order to recognize Executive Function Disorder, it is important to understand what executive skills are. Among the individual skills that allow people to self-regulate are:

Organization: the ability to keep track of multiple sets of information and materials.

Time management: the ability to understand how much time one has, and to figure out how to divide it in order to meet a goal.

Working memory: the ability to hold information in mind even while performing other tasks.

Metacognition: the ability to self-monitor and recognize when you are doing something poorly or well.

Response inhibition: the ability to think before you speak or act.

Sustained attention: the ability to attend to a situation or task in spite of distraction, fatigue or boredom.

People who suffer from Executive Function Disorder lack many of these abilities. This can lead to persistent lateness, impulsive behavior, and the inability to complete any task completely.

In the book, Executive Skills in Children and Adolescents: A Practical Guide to Assessment and Intervention, the authors suggest a hands-on approach when dealing with children. This step-by-step method is formulated to help children develop the skills they need to successfully finish their schoolwork and function as competent adults in the workforce:

Step 1: Describe the problem behaviors, which might be not following the morning routines on schooldays or forgetting to hand in homework assignments. Be as specific as possible when describing the problem behavior – talk about the action – not the child.

Step 2: Set a goal, which should relate directly to the problem behavior. For example, if the problem behavior is not following morning routines, then the goal should be, “Ezra will get up, say modeh ani, brush his teeth, get dressed and eat breakfast.”

Step 3: Establish a procedure or set of steps to reach the goal, which is usually done by creating a checklist. The visual information on the checklist can help reorient your child towards the task at hand.

Step 5: Evaluate process and make changes if necessary. Once you see your child run through the procedure, you might notice the moments where he gets caught up. During this step, you can modify the procedure to prevent those breakdowns.

Step 6: Fade the supervisionwhen your child gets the hang of the procedure. This does not mean you should take away the checklist or your praise, but instead, attempt to allow the procedure to run its course without your reminders.

“We need another person to play kickball.”

“Well, we could ask Chaim.”

“Or, maybe he would wander off in the middle.”

“Maybe we should just play something else.”

Making it through the morning rush and the bulk of his Hebrew classes, Chaim’s class finally had morning recess. For most of the class, recess was the best time of the day, but for Chaim, recess was the most dreaded. Instead of participating in sports like the other children, Chaim wandered aimlessly around the yard. After three years, his classmates recognized that Chaim was not completely like them. While they had originally tried to get him to join in their games, now they left him alone.

In reality, Chaim’s problem came down to his inability to read non-verbal cues. Here are some instances of positive non-verbal communication: 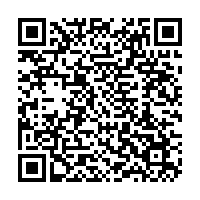