We are looking forward to Rosh Chodesh Nisan which falls this week.

On Shabbat we will read of two events that took place on the first of Nisan.


In Parshat Hachodesh we find “Hachodesh Hazeh Lachem Rosh Chodoshim…”. In preparation for the Exodus, Hashem commands us regarding Korban Pesach. A year later is the consecration of the Tabernacle, again on the 1st of Nisan, as found in the Parshat HaShavua.

A year’s span is a good time for reflection.

The Israelites had some intense experiences during that year, not all positive.

There was Yetziat Mitzraim, Revelation on Mt Sinai, and building the Mishkan.

On the other hand there was the sin of the golden calf, and the complaints about water.

Each of these events were loaded with details, feelings, explanations and excuses. I’m not sure how the average person felt at the end of that year. On the one hand they messed up with the “Egel”, the Golden Calf. On the other, they were servants of Hashem, no longer idol worshipers.

Maybe it’s a good time to reflect on the year since last spring. What do we want to continue, what do we regret… 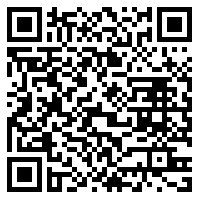