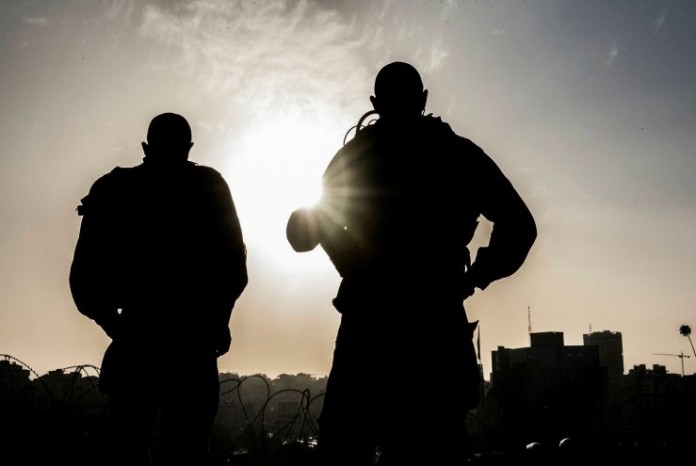 It is precisely Avraham’s valiant behavior in battle that proves the authenticity of his compassion to all of HaShem’s creatures, presenting a model of true kindness for the Hebrew nation to uphold.

As Parshat Lekh Lekha introduces the greatness of Avraham, we find the Hebrew patriarch striving to spread Divine truth in an idolatrous world. Although he is tested time and again, he continues to be strengthened by each new challenge as he grows from a traveling spiritual leader attempting to influence the world with his ethical panentheist teachings to the father of a nation tasked with leading humanity towards higher awareness and connection to the Divine.

It fills us with a sense of overwhelming pride to learn the epic birth of the Hebrew nation. When we see how Avraham lived and breathed compassion and kedusha in every field of endeavor – how he challenged the prevalent worldview of his era and devoted his whole life to bringing humanity to the awareness of HaShem, we cannot help but stand in awe of Avraham as not only the father of our people but also as history’s original revolutionary, who – unsatisfied with human civilization as it existed – rebelled against the social order and struggled to elevate mankind beyond its perceived limitations.

As individuals, none can come close to the greatness of Avraham. It is only as the collective nation of Israel that we can continue his legacy of bringing Creation to perfection through the knowledge of HaShem as the infinite Whole in which we all exist. But in order to fully appreciate what the Hebrew nation represents as a collective, we must first come to identify with Avraham as an individual.

More than any other figure in history, Avraham epitomized the trait of human kindness. And this kindness manifested itself through several – sometimes seemingly contradictory – channels. The same Avraham who serves as the yardstick of compassion for humanity led a small group of followers into a furious war against the four most powerful kings of his time. When the four allied kingdoms defeated five local armies and abducted his nephew Lot, Avraham led his students out to battle.

“And when Avram heard that his kinsman was taken captive, he armed his disciples who had been born in his house – three hundred and eighteen – and he pursued them as far as Dan.” (B’reishit 14:14)

Avraham’s small guerrilla force succeeded in defeating the four mightiest kingdoms of his day. This miraculous victory occurred despite the doubts of even some of his fighters. The Midrash relates:

“He led forth his trained men, etc. R’ Yehuda said: It was they who turned a wrathful countenance upon Avraham, saying, ‘Five kings could not defeat them, yet we are to defeat them?!’ R’ Neḥemia interpreted it: He turned a defiant face (horiku panim) to them and exclaimed, ‘I will go forth and fall in sanctifying the Name of the Kadosh Barukh Hu.’” (B’reishit Rabbah 43:2)

Avraham went out to war with no guarantees of success. There was no prophetic certainty that he would even survive. But survival and success were less important to our patriarch than the principle at stake.

Avraham went out to battle because it was the right thing to do, regardless of the outcome. His nephew Lot had been deliberately taken prisoner as a direct provocation to Avraham and as a challenge to the Kadosh Barukh Hu (Oraḥ Ḥaim 306:14 teaches that one must wage war to save a kidnapped Jew, even on Shabbat).

Avraham had an obligation to rescue his relative and understood that even if he fell, he would die for a purpose, displaying mesirut nefesh (self-sacrifice) for the sanctification of G-D’s Name (how HaShem’s Divine Ideal is perceived by humankind). Giving his life for a higher cause was a much sweeter alternative to standing idly by as G-D’s Name was profaned through Lot’s abduction.

Avraham’s family and students were the whole of “Israel” at that time and, according to halakha, Avraham constituted their king. He recognized that any people rising up against Israel is automatically waging war against Israel’s G-D. The situation was therefore a milḥemet mitzvah (war obligated by the Torah) and required from Avraham a willingness to give his life.

But once Avraham had emerged from the battle victorious, he saw the blood on his hands and began to fear he had sinned.

“After these events, the word of HaShem came to Avram in a vision, saying, ‘Fear not, Avram, I am a shield for you; your reward is very great’.” (B’reishit 15:1)

“Avraham was afraid and said, ‘Perhaps the population that I killed possessed a righteous, G-D fearing man.’ Yet it is like the person who passed the king’s orchard, and, seeing a bundle of thorns, went in and removed it. The king looked and saw him, and he began to hide. The king asked him, ‘Why are you hiding? How many workers would I have needed to gather those thorns? Now that you have done it, come and take your reward.’ Just so, G-D said to Avraham, ‘The population which you have killed were like cut thorns.’” (B’reishit Rabbah 44:4)

Avraham was concerned that during his war to save Lot, he might have inadvertently killed innocent people. HaShem then reassured him that there was no reason for concern. The Torah teaches two fundamental principles here. The first is that Israel should never fear to shed the blood of the wicked. It is a mitzvah that “rids the garden of thorns.” Pesikta Rabati and Yalkut Shimoni even clarify that all the enemies King David slew were like korbanot to HaShem and that the true reason David could not build the Temple was because had he built it, it could not later be destroyed in place of Israel.

The second principle taught here is that although there might be some righteous people within a nation of evildoers, Israel cannot be overly concerned for their safety when going out to war. In truth, it is their responsibility to remove themselves from the larger society. Rather than remaining among the wicked, they should either rebuke the community or separate themselves from it. A clear example of this can be seen when Shaul was preparing to wage war against Amalek.

“Shaul said to the Kenite, ‘Go, withdraw, descend from among the Amalekite, lest I destroy you with them; for you acted kindly with the children of Israel when they went up from Egypt.’ So the Kenite withdrew from among Amalek.” (Shmuel I 15:6)

The Kenites were descendants of Moshe’s father-in-law Yitro – a pious man whose righteous offspring were allied to the Hebrew tribes. Yet Shaul would still not suspend his war on Amalek due to concerns of inadvertently killing innocent Kenites. He instead made it clear that the Kenites should take it upon themselves to get out of his way or risk being slaughtered together with their iniquitous neighbors.

Shaul understood that by safeguarding potential innocent casualties in enemy territory, he would be placing the lives of his soldiers in danger.

The same holds true in relation to Avraham, who was still undergoing a transition between seeing himself as an individual spiritual leader and as the father/leader of a nation. For an individual, concern over the unjust killing of an enemy would in most cases be an expression of righteousness. But for a nation being provoked, such concern is inappropriate and dangerously irresponsible.

HaShem reassured Avraham that through going out to war against the four kings, he had performed an act of kindness to the whole of mankind. Those who rise up against Israel are in truth rising up against HaShem’s Ideal for this world as expressed and manifest through the Jewish people in history. Such antagonists represent earthly manifestations of the Sitra Aḥra – the force Divinely tasked with attempting to prevent the children of Israel from fulfilling our historic mission.

Like a doctor extracting cancer cells from the body of a patient, true kindness involves removing evil from this world. It is precisely Avraham’s valiant behavior in battle that proves the authenticity of his compassion to all of HaShem’s creatures, presenting a model of true kindness for the Hebrew nation to uphold.