Israeli combat drones flew over northern and southern Gaza on Thursday night within 20 minutes of a rocket attack fired by terrorists at southern Israeli Jewish communities.

One rocket was fired at Israeli territory, the IDF said, adding that the projectile was intercepted by the Iron Dome aerial defense system, indicating it was heading directly at a populated area.


Residents of the area reported hearing a large explosion.

Three more rockets were subsequently fired at Israel from Gaza, but all landed short on the Gaza side of the border, the IDF said late Thursday night. The Red Alert incoming rocket siren was activated only in open areas near the border.

The first Red Alert incoming rocket siren activated at around 9:10 pm in the Gaza Envelope region next to Israel’s southern border, in the communities of Nirim, Ein Ha’Shosha and Kissufim.

The Iranian-backed Palestinian Islamic Jihad terrorist organization claimed responsibility for the attack and said it came in response to an alleged targeted assassination of a senior terrorist commander earlier in the day in Jenin.

IDF and other Israeli security forces were in Jenin to target a terrorist fugitive Farouk Salameh, a senior commander of the Palestinian Islamic Jihad terror group. Five additional wanted individuals were arrested by the forces as wel, the IDF said.

Farouk Salameh was involved in a number of shooting attacks against IDF soldiers, including an attack in which a police officer was killed on May 15. He was also suspected of cooperating with the “Lion’s Den” terrorist group in order to carry out other major attacks, the IDF said.

“Our forces apprehended another five wanted individuals, with a handgun and an M-16 rifle in their possession. In addition, the handgun that was used by Farouk Salameh was also confiscated,” the IDF said.

All Israeli personnel returned safely to base.

The attack came as Israeli officials were completing their count of the ballots from Tuesday’s national election.

With the completion of the count, it became clear that Likud leader Benjamin Netanyahu will once more return to the prime minister’s office.

The former prime minister last faced the issue of Gaza terror attacks on Israel in a mini-war with Gaza’s ruling Hamas terrorist organization in May 2021, one month before leaving office.

Caretaker Prime Minister Yair Lapid called Netanyahu Thursday night to congratulate him on being elected and instructed his staff to prepare an organized transition of power, Lapid’s office said. 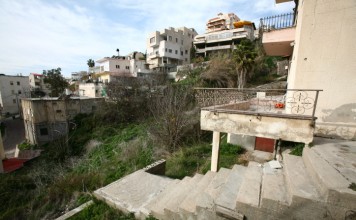