Israel has dramatically returned to the world stage in what has so far been merely the introduction to a revolutionary process destined to free humankind from a global order that promotes injustice.

“HaShem spoke to Moshe, saying: Command Aharon and his sons, saying: This is the Torah of the olah (elevation): It is the olah that stays on the flame, on the Altar, all night until morning, and the fire of the Altar should be kept aflame on it.” (Vayikra 6:1-2)


While Israel’s liberation is ultimately part of a universal redemption for all of humanity, this truth cannot deter the Jewish people from identifying our enemies and neutralizing their threats. Part of the Hebrew mission of achieving total peace and higher consciousness for all humankind is removing those elements that seek to obstruct this goal. And it is even through the malevolence of Israel’s enemies – the crucial antagonists in our great historic drama – that the redemption itself can be hastened.

The Midrash teaches concerning the above verses that the arrogance of corrupt and power hungry rulers assists in bringing us closer to the revealed goal of human history.

“G-D said, ‘whoever makes himself high and mighty is destined for fire,’ as it says, ‘the olah that stays on the flame’ (Vayikra 6:2). This is the kingdom of Edom, which held itself high, as it says, ‘Though you make your nest as high as the eagle, though you set it among the stars, I will bring you down from there – the word of HaShem’ (Ovadia 1:4). And they are sentenced to fire, as it says, ‘As I looked, the best was slain… and given to the burning flame, and the house of Esav (Edom) stubble, for HaShem has spoken’ (Ovadia 1:18). And what words did He speak through Moshe? ‘The olah that stays on the flame’: It says, ‘Saviors shall ascend Mount Zion to judge the mountain of Esav’ (Ovadia 1:21).” (Tanḥuma Tzav 2)

The disdain with which Esav’s progeny subconsciously view HaShem obscures the revelation of His Ideal for this world. This arrogance has over the centuries found its most palpable expression through the harsh persecution of the Jewish people, as any attack against Israel is tantamount to an attack on the Kadosh Barukh Hu.

The Midrash teaches: “‘In Your abundant grandeur You shatter Your opponents’ (Sh’mot 15:7): And who are they? Those who attack Your children. This teaches that if one attacks Israel it is as though he has attacked the Shkhina. Thus, it says, ‘Forget not the voice of your (Israel’s) enemies, the tumult of Your (HaShem’s) opponents which always rises’ (Tehillim 74:23) and ‘Your enemies are in an uproar and those that hate You have raised their head’ (Tehillim 83:3). Why do they do so? Because ‘Against Your people they plot deviously, they take counsel against those sheltered by You’ (Tehillim 83:4). It also says, ‘For indeed those who hate You, HaShem, I hate them, and I quarrel with them that rise up against You!’ (Tehillim 139:21). Why is this? ‘With the utmost hatred, I hate them; they have become enemies unto me’ (Tehillim 139:22). We also find, ‘He will send me to the nations who despoil you, for whoever touches you touches the apple of His eye’ (Zekharia 2:12).” (Tanḥuma Beshalaḥ 16)

The modus operandi of Esav is to appear righteous on the outside while being internally repulsive (much like a pig that boasts all external signs of kashrut yet lacks the internal requirements of cleanliness). Our sages identify Esav’s offspring as not only the Roman Empire, but also as its outgrowths. Christianity and Western civilization stem from the impure source of Esav.

From the time the Roman Empire adopted Christianity, this oppressive dogma was imposed and spread throughout the world, ultimately serving as the moral foundation for a culture that encourages depravity, exploitation and material gain at the expense of others.

As Esav’s descendants contemptuously assert their strength over weaker peoples and cultures throughout the globe, the soul of Creation demands rectification. The cataclysmic wars and hostilities of the last century are signs of a crumbling civilization. The horrors of these events are the existential screams of humanity calling out for a connection to its Divine Source.

History demands the reestablishment of Am Yisrael as an independent nation on the world stage because Israel is the only people uniquely fashioned to reveal HaShem’s Divine Oneness over all and usher in an era of peace and total blessing.

Israel – the Divinely created human conduit through which Divine energy and blessing radiates into our world – is currently in the process of a national rebirth. We have returned to the world stage in what has so far been merely the introduction to a revolutionary process destined to lead humankind towards history’s ultimate goal.

In order that history arrive at its predestined ideal state, HaShem is bringing His people home to Eretz Yisrael so that we may not only fulfill our people’s historic aspirations but also assume our role as the national light meant to illuminate humanity’s path out of the moral prison created by Edom. Tearing down a global order founded on exploitation and exposing the ideologies used to uphold such oppressive systems will bring ultimate joy and freedom to the world.

Malkhut Yisrael will liberate the world from the material and spiritual tyranny currently rampant as we lead humanity towards an existence of unity, higher fulfillment and unparalleled blessing in the awareness of HaShem as our greater context and Divine Source. 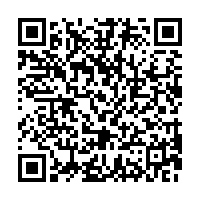