This week’s parshah, Parshas Vaeschanan, contains the second set of Aseres Hadibros. The fourth dibrah is keeping Shabbos, but there are variations between the text of this dibra in Parshas Vaeschanan and Parshas Yisro. In Parshas Yisro, the dibrah reads, “Zachor es yom hashabbos lekadesho.” In this week’s parshah, it reads, “Shamor es yom hashabbos lekadesho.”

The Gemara (Shevuos 20b) states that Hashem actually said both these pesukim at the same time and that this is a phenomenon which a human cannot do or even hear. It states further – based on this dibrah – that women are obligated in the mitzvah of Kiddush m’d’Oraisa on Shabbos despite the fact that it is a mitzvas assei shehazman grama. The mitzvah of Kiddush is derived from the pasuk of zachor and the pasuk of shamor is the source for the negative prohibitions of Shabbos. The Gemara says that the fact that “shamor” and “zachor” were said at the same time teaches us that they are connected, and therefore anyone who is obligated to keep the negative commandments of Shabbos, which includes women, is also obligated to keep the positive comandments of Shabbos, namely to recite Kiddush.

Rashi on the Gemara explains that a person may be motzi another even if he has already fulfilled his obligation because all of klal Yisrael are areivim for each other regarding their mitzvah obligations. The Ran adds that since we are all areivim for each other, a person has not really fulfilled his obligation (even if he did the mitzvah) as long as another person has not yet fulfilled it. Therefore, he may perform the mitzvah and recite a berachah on behalf of a second person.

But does this apply to a man reciting Kiddush for a woman? Can he make Kiddush for her even if he already made Kiddush himself? The answer to this question depends on whether men share arvus with women.

The Noda B’Yehudah (in Dagul Mervavah) understands the Rosh literally, and rules that women are not included in arvus with men. Rav Akiva Eiger understands the Rosh differently. He explains that the Rosh made his statement only regarding the opinion that women are not biblically obligated to say Birchas Hamazon. According to this opinion, women do not share an arvus with men because the latter are biblically obligated to say Birchas Hamazon. Generally speaking, though, women do share an arvus with men.

Returning to the question of a man making Kiddush for a woman if he already made Kiddush himself: According to the Nodeh B’Yehuda, a man would not be allowed to do so. According to Rav Akiva Eiger, though, he would. Since both men and women are obligated to make Kiddush, there is arvus between them regarding this mitzvah. 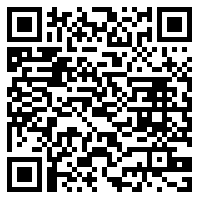