“I once took part in a discussion where each participant was asked to share an especially powerful childhood memory. I closed my eyes and it immediately came to me: the beginning of the 2000’s, when buses were being blown up every day and, in response, grandma’s emotional outpouring became a regular ritual – she would sit opposite the television screen and weep.

“As a child, it was difficult for me to understand her tears since what was there, after all, between her and them? It took me time to understand that, as far as she was concerned, they were family. Her endless prayers for the entire nation of Israel while her hand rested on the mezuzah gave away the true depth of her feelings. And it was she who brought me to understand that I am part of a large extended family indeed.

“Today my grandmother is not in the best of health and she speaks with difficulty. Yet when I told her about the terrorist attack in Beersheba, she shed a tear. She understood, but not completely, and so I took her tear with me to the cemetery for the funeral of the murdered men and women.

“The Chief Rabbi of Beersheba stood up to eulogize them, and shouted words from last week’s Torah portion: ‘And let your brethren, the whole house of Israel, bewail the burning which the Lord has wrought.’ From that moment on, a woman standing next to me did not stop crying. I did not know her personally but the deceased certainly did not know her personally either. And although I did not know her, I recognized the weeping – it was the weeping of my grandmother. The tears of am Yisrael, the entire nation of Israel.”

Sometimes all we know about a person is a single quotation credited to his name. Two hundred and thirty five years ago this week, Rebbe Elimelech of Lizhensk, one of the greatest personalities of the Chasidic movement, passed away. Rebbe Elimelech is most famously associated with the “Prayer before Prayer, meant to be recited before praying. The following verse taken from it became a popular song:

“On the contrary, make our hearts such that we see only the good in our friends and not their faults. May we speak to one another in a way that is upstanding and desirable before You, and let not any hatred arise between one person and the next, Heaven forbid. Strengthen our atttachment to you with love, as it may be revealed and known before You that everything we do is for Your pleasure.”

Other wonderful thoughts are found in this prayer. It might be worthwhile to get to know them, too, and to compose music to them as well. For example:

* “Protect us from ulterior motives and pride, from anger and severity and sadness, from indulging in idle gossip, from other bad character traits, and from everything that diminishes our pure and holy worship of You which is so dear to us.”

* “Do not allow any bad thought to arise in our hearts, heaven forbid, neither when we are awake nor in a dream.”

* “Remove from us all the barriers that separate you, our Father in heaven, from us, and save us from every hindrance and every error; do not leave us, do not abandon us, and do not make us ashamed.”

Amen. In his memory.

During these days leading up to Pesach, we will no doubt find ourselves lamenting the quantity of books, clothing and possessions in general that demand meticulous dusting and cleaning. Yet it may be worthwhile to remember that what we have is not to be taken for granted, much less considered a burden. Here are a few words on this subject from Dr. Miri Kahana of Efrata Teachers College, words that can bolster and inspire us as we embark on our annual Pesach cleaning enterprise:

“I wanted to share a thought to which I continually return: All of this arduous cleaning is only because we are very rich. Not just me, but all of us. Each of us lives with our immediate family in our own home. There is a separate room for the parents, a kitchen, a shower, and a bathroom. Our houses are full of furniture, clothing, appliances, and food. Our children have more than enough to eat to the point where they forget unopened bags of snacks in their desk drawers and leave sandwiches in their backpacks that they did not even taste.

“How far we are from those distant halachic discussions regarding a public oven for several families? Or the issue of a poor person’s cloak taken as collateral for a loan that must be returned every night since the poor person sleeps in that cloak? Or the matter of a poor person washing his only shirt on Erev Shabbat (prior to the era of washing machines)?

“Despite the difficulties and challenges of our generation, I am certain that all of us had at least one great-grandfather who would be surprised and overjoyed if he could see the prodigious prosperity in which his great-grandchildren live. 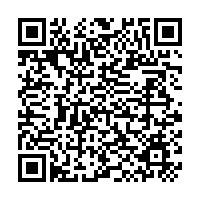