In this week’s parshah, Parshas Bechukosai, we read the berachos that we will receive if we follow the Torah, and the tochacha of what will happen to us if we chas v’shalom do not.

Tosafos quotes the Sefer Hayashar which suggests that the two pesukim are referring to different acts. The pasuk that describes our enemies chasing us is referring to just that – chasing. In contrast, the pasuk describing us chasing our enemies is actually referring to killing. Thus, the ratios may be different, but they do not stand in contradiction to the rule that the midda of blessing is always greater than the midda of punishment.

The Maharsha writes that some question this answer in light of another passage in the Gemara (Moed Kattan 16b). This passage states that David Hamelech would kill 800 men with one arrow and was distraught that he did not kill another 200 to meet the description of the pasuk in Haazinu that one will chase 1,000. Apparently Dovid Hamelech believed this pasuk in Haazinu 1) refers to killing, not chasing, and 2) can be flipped around and interpreted to our benefit when we adhere to the Torah.

To answer this question, the Maharsha (in Moed Kattan) suggests that the passage in Moed Kattan accords with the Sifri which understands the pasuk in Haazinu to be referring to Bnei Yisrael chasing their enemies. If so, there is no reason to say the two pesukim are referring to different acts – chasing and killing. (Why the ratios are different, though, is unclear.) Tosafos (in Sotah), however, was interpreting the Gemara in accordance with the view that the pasuk in Haazinu refers to our enemies chasing us – not the reverse. That’s why Tosafos suggested the two pesukim are referring to different acts.

I would like to point out that this part of the tochacha has been visited upon us today, and it is important that we realize it. My father, shlit”a, pointed out there have been numerous attacks in Eretz Yisrael recently, which began these past Yamim Noraim and continue, r”l, today. On Sukkos, for example, there was an attack in the Old City of Yerushalayim and two precious yidden lost their lives. Do we know how many people avoided coming to the holy city for the remainder of Yom Tov because of this attack? The pasuk in Haazinu states, “Eicha yirdof echad elef u’shnayim yaneisu revava – How can one chase a thousand and two chase away then thousand?” And yet, that’s exactly what seemed to have happened when this recent knife spree started.

May we be zoche to fulfill the words of the Torah and see the blessings of Torah come true in our time. Amen.

Thousands Take to the Street to Protest Haifa’s Ammonia Tank 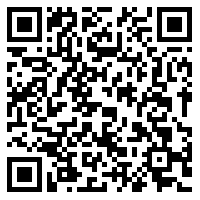