Thousands of Haifa residents took to the streets on Sunday to protest a petition to the Haifa District Court by Haifa Chemicals to allow the company to keep its ammonia tank to stay open in Haifa Bay.

The tank has been openly named as a military target by the Iranian-backed Lebanese Hezbollah terrorist militia. Previously the tank had been closed for a 10-day period in response to a petition to a local court by the city of Haifa; the local court ruled that the tank could be a serious danger to public health.


On February 12, another court ruling made the temporary decision permanent, ordering the company to empty the tank and make other arrangements for storage of the chemical. But that ruling was overturned on appeal, and when the 10-day deadline ran out last week, the tank was reopened, and now thousands of Haifa residents are outraged, and fearful.

A report by experts at the Technion Institute of Technology warned that the tank is a ticking time bomb that does not belong in a populated area. Moreover, the report likened the ammonia ship that enters the port every four weeks to supply the tank, to a ship carrying “five primed atom bombs” and bluntly said the vessel creates a major security risk for the city.

According to the report, any leakage from the ammonia tank for any reason – be it an earthquake, a missile strike or any other mishap – could create a lethal cloud of poisonous gas that could kill more than half a million people, depending on which way the wind blows that day.

The Haifa District Court has said it will rule on the fate of the ammonia tank no later than Wednesday. 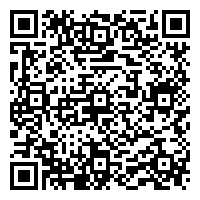