Homo sapiens, that unique synthesis of “dust of the earth” and breath of G-d, is unique among created beings in having no fixed essence: in being free to be what he or she chooses. Mirandola’s Oration was a break with the two dominant traditions of the Middle Ages: the Christian doctrine that human beings are irretrievably corrupt, tainted by original sin, and the Platonic idea that humanity is bounded by fixed forms.

It is also a strikingly Jewish account – almost identical with the one given by Rabbi Joseph Soloveitchik in Halakhic Man: “The most fundamental principle of all is that man must create himself. It is this idea that Judaism introduced into the world.” It is therefore with a frisson of recognition that we discover that Mirandola had a Jewish teacher, Rabbi Elijah ben Moses Delmedigo (1460-1497).

Born in Crete, Delmedigo was a Talmudic prodigy, appointed at a young age to be head of the yeshiva in Padua. At the same time, he studied philosophy, in particular the works of Aristotle, Maimonides and Averroes. At the age of 23 he was appointed professor of philosophy at the University of Padua. It was through this that he came to know Count Giovanni Pico della Mirandola, who became both his student and his patron. Eventually, however, Delmedigo’s philosophical writings – especially his work Bechinat ha-Dat – became controversial. He was accused, by other rabbis, of heresy. He had to leave Italy and return to Crete. He was much admired by Jews and Christians alike, and when he died young, many Christians as well as Jews attended his funeral.

This emphasis on choice, freedom and responsibility is one of the most distinctive features of Jewish thought. It is proclaimed in the first chapter of Genesis in the subtlest way. We are all familiar with its statement that G-d created man “in His image, after His likeness.” Seldom do we pause to reflect on the paradox. If there is one thing emphasized time and again in the Torah, it is that G-d has no image. “I will be what I will be,” He says to Moses when he asks Him His name.

Since G-d transcends nature – the fundamental point of Genesis 1 – then He is free, unbounded by nature’s laws. By creating human beings in His image, He gave us a similar freedom, thus creating the one being capable itself of being creative. The unprecedented account of G-d in the Torah’s opening chapter leads to an equally unprecedented view of the human person and our capacity for self-transformation.

The Renaissance, one of the high points of European civilization, eventually collapsed. A series of corrupt rulers and popes led to the Reformation, and to the quite different views of Luther and Calvin. It is fascinating to speculate what might have happened had it continued along the lines signaled by Mirandola. His late 15th-century humanism was not secular but deeply religious.

As it is, the great truth of Genesis 1 remains. As the rabbis put it (Bereishit Rabbah 8:1; Sanhedrin 38a): “Why was man created last? In order to say, if he is worthy, all creation was made for you; but if he is unworthy, he is told, even a gnat preceded you.” The Torah remains G-d’s supreme call to humankind to freedom and creativity on the one hand, and on the other, to responsibility and restraint – becoming G-d’s partner in the work of creation. 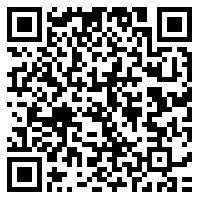