Parshas Emor begins with the commandment prohibiting kohanim from becoming tamei. Additionally, Rashi quotes from the Gemara in Yevamos 114 that explains that the pasuk commands the adult kohanim to ensure that kohanim under the age of 13 do not become tamei.

A question arises based on these halachos: May a kohen’s pregnant wife enter a cemetery? On one hand, she should be permitted to do so, since the halachos of tumah only apply to male kohanim. On the other hand, perhaps the fetus she is carrying is a male, and she is obligated to ensure that he does not become tamei.


The Shach (Yoreh De’ah, siman 361) quotes the Rokeiach, who says that a pregnant woman married to a kohen may enter a room with a dead person in it. He says that this is permitted because it is a sfek sfeika (double safek). One safek is whether she is carrying a male or a female fetus; the other is that even if she is carrying a male fetus, perhaps the child will be a nefel (not a full-term pregnancy or a child who does not live for 30 days).

The Magen Avraham (Orach Chaim, siman 343:2) says that he does not know why the Rokeiach had to rely on a sfek sfeika in order to permit a kohen’s pregnant wife to enter a room with a dead person in it and suggests that this should be permitted because of the concept known as taharah baluah – if something is completely enveloped inside something else it cannot contract tumah. The Gemara, in the fourth perek of Chullin, clearly extends this to something inside a uterus. Since the fetus is considered baluah, it cannot contract tumah. Therefore, a kohen’s pregnant wife should be permitted to enter a cemetery – even if she knows that she is carrying a male fetus.

In volume 2 of Kovetz Shiurim, siman 41, Rav Elchanan Wasserman zt”l, Hy”d raises his concern with the Magen Avraham’s approach. He discusses whether the prohibition for a kohen not to become tamei is merely that he must remain tahor, or whether the prohibition is for a kohen to be in the same room as a dead person – regardless of whether he actually contracts tumah.

Rav Elchanan then discusses whether the concept of taharah baluah dictates that the item that is enveloped simply does not contract tumah, or whether we consider that it is not in the same room as the tumah. If we assume that the Torah dictated that the item remains tahor but is still considered to be in the same room as the tumah, and that a kohen may not be in the same room as tumah even if he would remain tahor, then a kohen’s pregnant wife would be prohibited to enter a room with a dead person in it. Even though the fetus would not contract tumah and would remain tahor, it would nevertheless be in the same room as a dead person– which is prohibited. Thus, he explains, the Rokeiach had to bring a heter of sfek sfeika in order to permit the pregnant wife of a kohen to enter a cemetery, since taharah baluah would still not permit her entry.

Rivlin Warns Terror, Violence Must Be Condemned and Stopped 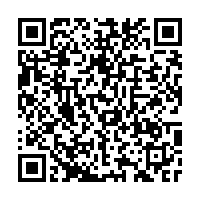