Mustafa Mughniyeh, who replaced Hezbollah’s slain Chief of Staff Mustafa Badreddine, has reportedly declared that Israel, at least for now, is no longer considered the enemy of the Shiite organization. According to cairoportal.com, citing a source they say is familiar with Hezbollah’s internal affairs, Mughniyeh is planning to carry out a major attack against the Saudis.

The new Hezbollah military chief, whose father was legendary terrorist Imad Mughniyeh—killed in 2008 in a car bomb blast, reportedly said that “while my father and uncle (Badreddine) failed to kill the Emir of Kuwait, I will not fail to kill the king of Wahabia (a reference to the Wahabi faith, Saudi Arabia’s state religion, which is the most viciously anti-Shiite) and cut off the hand of anyone who wishes to turn Syria Wahabi.”


Speaking before a cadre of Hezbollah’s top command, Mughniyeh then declared that Israel is a friend and a strategic ally opposite the Saudi enemy, and therefore, from this day on, there is no more war against Israel.

He also noted that Israel was the only country that liberated the Shiites in south Lebanon from the Palestinian conquest in 1982. The PLO, which had been driven out of Jordan a decade earlier, created an independent state in everything but a name in south Lebanon, and used it as a base from which to harass Israel—leading to the first Lebanon war. 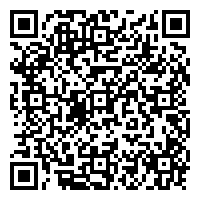