The Torah tells us, 13;6, the land could not support Lot and Avraham because they had too many possessions. The next verse adds a fight between Avraham’s shepherds and Lot’s, a fight Rashi attributes to Lot’s shepherds’ insistence on grazing their flocks on other people’s lands. Based on the verse’s noting the Canaanites were still in the land, Rashi thinks the Torah implied Lot’s shepherds assumed they had the right to take grass from those Canaanites because Avraham would eventually get the land and had no other heirs. At which point Avraham invited him to choose where he would live, Avraham promising to go in the other direction.

Sadly for Lot, he chose Sodom, and we know where the rest of the story headed. Yet Lot himself seems not to have noticed he was playing out an older story, one he might have learned from had he remembered it. Rashi in last week’s parsha noticed how the Torah identified hamas, brazen theft, as the reason for the Flood, despite the generation also having committed all sorts of more serious wrongs, including idolatrous and sexual.


Their sin is slightly more understandable than Lot’s, because they didn’t know the story. Imagine if today, two women each claimed a baby was there, and a judge suggested slicing the baby in half. Would anyone be so foolish as to ratify the plan? No, because we know the story. Or, for another example from King Solomon, imagine Gd came to us in a dream and offered us anything we wanted. Would we ask for wealth or military might, or would we ask for wisdom? If we did ask for wisdom, would Gd give us all of it for having made such a good choice? Doubtful, because we know the story.

Drunk as he was, the student had enough of his wits about him to know he could not make the commitment. At which point, the Hafetz Hayyim commented, he stands at the entrance to Gan Eden, and refuses to enter!

Lot was welcomed into his household by the man who showed a new path, the more correct path, of how humans should act. One part of his world, a part the Flood generation did not manage to learn, was respect for others’ property rights, even where he knew those properties would eventually be his. Lot was never going to be Avraham’s heir, but a better choice would have spared him removal from the household, the spiritual descent of residence in Sodom, and the ignominy of eventually fathering sons with his daughters.

He stood at the gate to heaven, and could not walk though, despite having reason to know better. We, who know both stories, would be well-advised to keep them in mind, and to remember our Creator expects us to refrain from taking other people’s property. 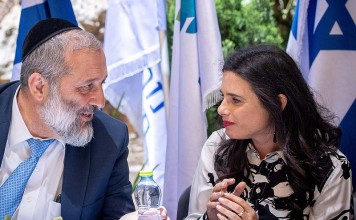 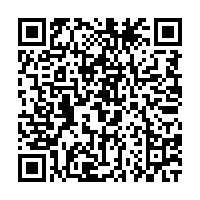