We have shown that Roosevelt [Saint FDR, in the bon mot of Lawrence Lipton in the LA Free Press circa 1963] was a silent partner in the Shoah. Of course young people may think that that was a long time ago. But the Democrats still honor Roosevelt with yearly memorial dinners and such.


Nevertheless,  do we have more recent evidence that the Democratic Party is hostile to Jews, maybe to the point of collaborating in  a future Holoaust? Just two years ago, the Party nominated Ilhan Omar and Rashida Tlaib to the House of Representatives. And these two Muslim women were both elected. Of the two, Omar, a Somali immigrant to the USA, was the more blatantly Judeophobic, although Tlaib was of palestinian Arab background.

Omar had written a few years years before that, in 2012: “Israel hypnotized the world. May Allah awaken the people and help them see the evil doings of Israel.”

This is not only a specimen of traditional anti-Jewish bigotry but an expression of magical thinking. Omar showed that she had a loose grip on reality. She also expressed Muslim loyalty and Muslim beliefs including the several and sundry prejudices against other religions and  nations that abound in the Quran and the Hadiths and so on. Hence, one would  think that when committee assignments were given out by the Democratic Party leadership in the House of Representatives, care would be taken to place Omar on a committee where she could do little harm. Yet instead, Omar was assigned to the highly prestigious House Foreign Affairs Committee which actually does influence the foreign relations of the United States, a committee to which first-term congressmen are not ordinarily assigned. Maybe she could have been assigned instead to the committee in charge of national parks and/or fisheries or education. Or perhaps the committee in charge of  Housing and Urban Development where maybe –not necessarily– she might have been able to make a contribution. Instead she is dealing with issues of war and peace, or which foreign countries to befriend and which to harm or be indifferent to.

While a member of the House, Rashida Tlaib put forth a more hypocritical, subtler expression of Judeophobia. She expressed sorrow over the Shoah while claiming that the Palestinian Arabs were victims of the Shoah, whereas their leaders were among the perpetrators of the crime of genocide against the Jews.

In early 2019 when Omar and Tlaib took their seats in Congress, their views gained attention and angry criticism. After she was already a member of the House, this Islamic supremacist [she voted merely “present” on a resolution recognizing the Armenian genocide, perhaps fulfilling a commitment she had made when she met with Turkish tyrant Erdogan before entering Congress] came out with another hypocritical assault on Jews:

Ms. Omar said that pro-Israel activists were pushing “for allegiance to a foreign country” — a remark that critics in both parties said played into the anti-Semitic trope of “dual loyalty.” [NY Times 7 March 2019]

These Judeophobic remarks did elicit public unease and criticism. The Democrats running the House did prepare a resolution condemning antisemitism.  But then . . .

It started as a resolution condemning anti-Semitism. Then, anti-Muslim bias was added in. After that came white supremacy. And by the end, it cited “African-Americans, Native Americans, and other people of color, Jews, Muslims, Hindus, Sikhs, immigrants and others” victimized by bigotry.  [NY Times, 7 March 2019]

So a resolution originally meant to condemn Judeophobia was watered down to become a general statement against bigotry of all sorts. The message against antisemitism was lost and no acknowledgement was made that at least one of the groups that the resolution spread its protective wings over was a group, Muslims, that has been long imbued with Judeophobia, going back to the Quran, the hadiths and other medieval Islamic writings. Nor was either Rep. Omar or Rep. Tlaib mentioned by name. Thus the resolution defeated its ostensible original purpose.

The refusal of the Democratic Party to clearly and unequivocally condemn Judeophobia/antisemitism, instead substituting a much watered down, nearly meaningless resolution, without naming its own who were complicit in promoting Judeophobia, shows that the US Democratic Party is now home to antisemites and is complicit in their doings. American Jews should not trust this morally corrupt and hypocritical party. 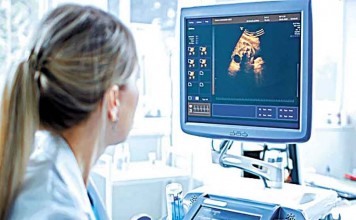 Pregnancy: Finding Out The Gender