“You shall take of the first of every fruit of the ground that you bring in from your land, that Hashem gives you …” (Devarim 26:2)


In Parshas Ki Savo the mitzvah of bikurim is described in great detail. This mitzvah applied only to the fruits of the Seven Species of Eretz Yisroel that had budded first in the field. The fruits would be brought to Yerushalayim, as a special offering, in a procession which allowed others along the way to notice them and join. As they came close to Yerushalayim, the inhabitants of the city would come out and adorn and beautify the baskets of fruit. The leaders, the kohanim and the treasurers of the Bais HaMikdash would go out to meet them. When the procession arrived at the Bais HaMikdash, the kohanim would accept these offerings from the farmer, as he extended thanks to Hashem in a loud voice for taking us out of Egypt and ultimately bringing us to Eretz Yisroel.

R’ Yechiel Dancyger, the founder of the Aleksander chassidus, notes that a parallel can be drawn between the loudly-voiced dedication and the sounding of the shofar on Rosh Hashanah. He points out that there is a specific pattern to the sounds that are blown: a long note, followed by a number of short notes, and concluding with another long note. R’ Yechiel explains, according to the Shelah HaKadosh (R’ Yeshayah Horowitz, 1555-1630), that the three different notes allude to the soul’s different states of being. Just as the human body is healthy, becomes unwell, and then recuperates, the soul too experiences such reversals. We are each born with a healthy soul that is pure, as we say in our morning prayers, “the soul You placed within me is pure.” However, throughout the course of life, a person transgresses and his soul becomes unhealthy and impure. Yet Hashem has given the Jewish Nation the gift of teshuvah, as it says (Shabbos 104a), “If one comes to be purified, he is assisted from Heaven.”

Thus, the person who is inspired to sincerely repent merits the restoration of a pure soul, as it says (Tehillim 51:12), “Create a pure heart for me, Hashem, and a steadfast spirit renew within me.” The long note of the shofar represents the healthy, untainted state in which we were created. The broken sounds symbolize our broken state, wherein we are moved to do teshuvah and cry to Hashem with a broken heart. The final long note symbolizes our whole state of being after complete repentance.

The Yismach Yisroel draws an interesting analogy between teshuvah and the mitzvah of bikurim that offers an invaluable lesson to every individual. He explains that the bikurim are brought by the farmer, usually a simple individual, not necessarily an educated or scholarly person, who sees the first “fruit of his labor” literally, and his first thought is to immediately sanctify that fruit as a gift to Hashem. Yet this simple mitzvah, fulfilled by an uneducated individual, is extremely precious to Hashem, to the extent that there is much ceremony and the elite of Yerushalayim come out to greet him and participate in the majesty of this mitzvah.

Likewise, no matter our level in avodas Hashem, even the simplest person can be inspired by the largesse of Hashem’s chesed, wherein He cherishes every single good deed and thought of the person. It encourages the individual to never despair of doing teshuvah and he is moved to try to rebuild his spiritual life.

Our Sages tell us that before Hashem created the world, He established the foundations of the world. The Pirkei D’Rebbe Eliezer tells us this refers to teshuvah. Hashem desires that every individual, no matter his situation or challenges, should return to Him. It is for that reason that the Men of the Great Assembly instituted the stanza in Shemone Esrei, “Bring us back … Hashem, Who desires repentance.”

The great R’ Chaim Meir of Vishnitz, the Imrei Chaim, once traveled to Tzfas. As he would walk through the city with his entourage of chassidim and visit the shuls in the area, he became a familiar sight in the neighborhood.

One day a deeply distressed couple came to see him about their only daughter. Despite all the love and affection they had showered her with over the years, their daughter had become disaffected from Yiddishkeit. Recently she had informed them that she would like to marry out of the faith. They were understandably grief-stricken and brokenhearted. They wanted to know if the Rebbe could suggest any way they could prevent this from materializing.

The Rebbe spent a long time with the parents, reassuring them and trying to lift their spirits. He spoke of the power of teshuvah, citing R’ Shimon Bar Yochai that “nothing in the world can stand in the face of teshuvah.” The Rebbe forbade their being despondent or giving up hope, and encouraged them to prepare to accept her with great love when she returned to the ways of Torah.

When they left and the door closed behind them, the Rebbe broke out in bitter tears. He cried inconsolably, and the gabbaim were unable to calm him down. After a long time, his tears subsided, and the gabbaim asked, “If this affected you so greatly, how did you calmly encourage the parents, and only begin to cry after they left?”

The Rebbe explained, “I could not allow them to lose hope. Therefore I expended much self-control to withhold my tears. Only after they left did I allow the tears to come so I could pour out my heart to Hashem, and pray that the girl should repent completely.

The Vishnitzer Rebbe kept the girl and her family in his thoughts constantly and prayed for them continually. As he was returning to Bnei Brak, deeply sunk in thought, the Rebbe suddenly mentioned the situation again and noted that it was foolish for people to envy the honor he commanded and his retinue of admirers and followers, for they did not perceive the sorrow and pain that he bore.

Eventually the prayers and tears of the Imrei Chaim and the girl’s parents were productive. The girl did teshuvah and returned to the fold. 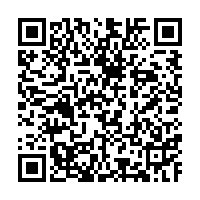