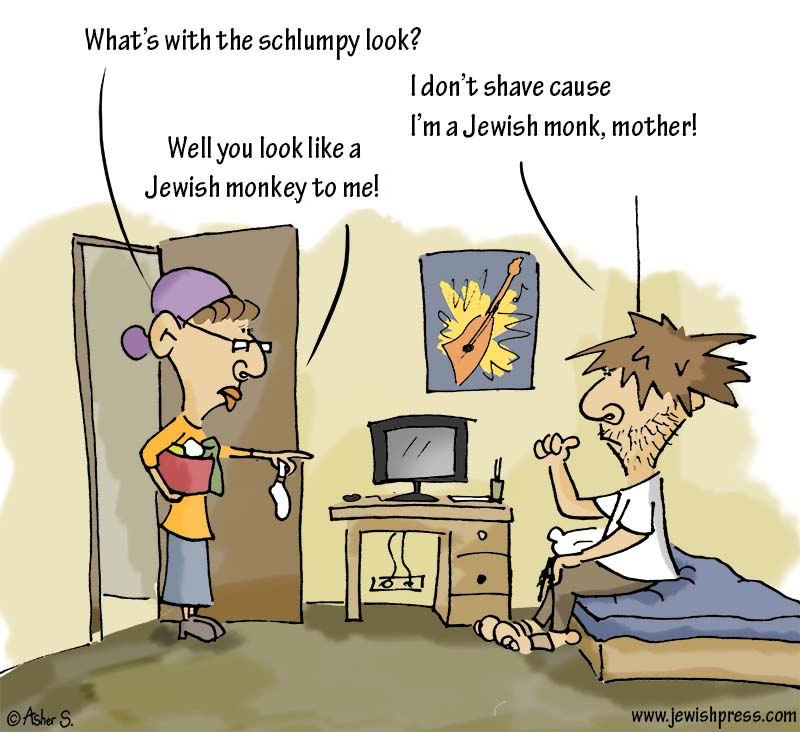 Parshat Naso details an unfortunate chain of events that is a fast action replay of an episode that occurred at the beginning of time.

Bamidbar 5:9 describes the Matnot Kehuna given to the Kohen. It is immediately followed by the parsha of the sotah and then by the parsha of the nazir. Rashi, quoting Brachot 63a, explains the reason for the juxtaposition of these three subjects. Someone who has “tzarut ayin” –is miserly, ungrateful or simply lazy, and begrudges the Kohen his dues – will eventually end up in the Mikdash with his wife offering a korban sotah. The sight of seeing a sotah in her shameful state is the trigger that causes a person to become a nazir.


What are the dynamics behind this disastrous spiral?

Hashem commands Moshe that when the Jewish people will settle in Eretz Yisrael, they must take trumot and ma’asrot from their produce, hafrashat challah from their dough, the first fruits from their trees, the firstborn of their livestock, etc., and give these as tithes to the Kohanim and the Levi’im. These are an acknowledgment that Hashem is the ultimate source of our livelihood and are signs of our gratitude to Him. That is plain common sense and human nature: If someone gives you something, you are naturally grateful in return. How could anything possibly go wrong with something so fundamental?

There are two weak spots.

The first is resentment. You resent the fact that you have no “control” over your livelihood or you resent the fact that your “hard-earned” cash is going to those “fat-cat” Kohanim, to whom you may bear some personal grudge, so you give it unwillingly or try every way possible to get out of giving it. This was the story with Korach, which we will read in a few weeks.

The second, more common, weak spot is familiarity and laziness. If you have been settled in Eretz Yisrael already for four or more generations and your farm is producing steadily, blessed by Divine abundance, you begin to take it for granted. “That is just the way things are: Every year we get 2000 bushels of wheat and three tons of olive oil without fail. That is the way it was with grandpappy and also with great-great-grandpappy.” You begin to lose sight of how fragile the whole structure is and how small your part in it all is. You grow comfortable and … lazy. “Take this newborn calf to Yerushalayim? It is a 20-day journey by foot and my lumbago is killing me! I am going to take a rain check. Next time! ” This is what Moshe warned of in parshat Ha’azinu.

The Gemara (Brachot 35b) compares the “early generations” to the “later generations,” saying that the early ones were diligent in giving tithes, but the later ones devised any scheme to get out of giving them, like bringing the fruit into the house through the window instead of the front door, to get out of bringing trumot and ma’asrot.

But Hashem has programmed a safety mechanism to keep us on the straight and narrow. He closes the spigot. “You think you can pull a fast one on Me?” and suddenly all that abundance that you thought you controlled or you took for granted – evaporates and you become itinerant!

When your wife sees you have become poor she suspects that it is because of another reason, that you have been unfaithful to her (adultery results in poverty – Sotah 4b). She takes this as an excuse to repay the favor and the result is that the man who was tardy with his tithes, despite the lumbago and the resentment, eventually ends up in Yerushalyim anyway, with his wife bringing a korban sotah.

This human dynamic had its origins with Adam and Chava. Hashem placed Adam Harishon in Gan Eden with everything on tap. Hamburger trees, bagel and lox trees, pizza trees – all Adam had to do was walk under whichever tree he wanted his dinner from with a basket and the food would fall into it (Ketubot 111b). Not only that, he was waited on by angels who roasted his meat and decanted wine into his cup (Sanhedrin 59b).

It is uncertain how long Adam enjoyed this five-star hotel. Sanhedrin 38b gives an hour-by-hour account of the day Adam was created, but taking into account that one day in Hashem’s reckoning is like a thousand years in ours, this could have been a while. Either way, what was the result?

Adam was lazy and tardy in performing the mitzvot Hashem commanded (Meir Panim, ch. 15) and became intoxicated from grapes that his wife Chava fed him (Zohar, part a, 36a). While Adam was asleep, the nachash pulled a fast one on Chava and caused her to sin. She in turn caused Adam to sin and then the spigot was turned off. They were evicted from the hotel.

This was the prototype of the above model in our parsha.

When someone witnesses such an occurrence, it damages them. Seeing a sotah in her shame causes damage to the neshama. To repair this damage a person must become a nazir.

A nazir must stay clear of anything related to grapes. He must grow his hair long and unruly and he must avoid a tum’at met. Why davka these three things? To repair the prototype debacle.

Ingratitude and familiarity were the root cause of Adam and Chava sinning. If Adam had diligently observed Hashem’s commandments, he would not have eaten the grapes Chava fed him and become intoxicated.

In more contemporary terms, the byproduct of grapes – wine – is the root cause of the sin of arayot. It causes a person to not think clearly and to behave inappropriately.

When Hashem created Chava, He braided her hair before accompanying her up to the chuppah with Adam (Brachot 61a). The purpose of this was to endear her in the eyes of her husband (this is the origin of the custom to braid challahs for Shabbat). By sinning with the nachash, Chava tarnished this gift given to her by Hashem, and her hair became unruly. Subsequently, the nazir must grow his hair in an unruly fashion to remind him of Chava’s sin.

By sinning, Adam and Chava “invented” death. If they had not eaten from the eitz hada’at, they would have been immortal. Therefore, the nazir must steer clear of a tum’at met.

It is all reparation for the primordial sin that keeps repeating. We almost stopped the downward spiral at Har Sinai, but failed with the Golden Calf. Thousands of years later, we are now in the final stages of rectifying that wrong and restoring the world to the time of the Bri’ah and heralding the Mashiach.

Parshat Hashavua Trivia Question: From whom were Beit Garmu, the family in charge of baking the Lechem Hapanim in the second Mikdash, descended? 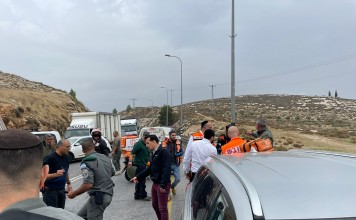 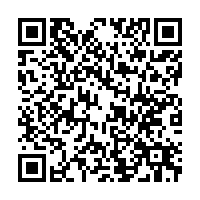