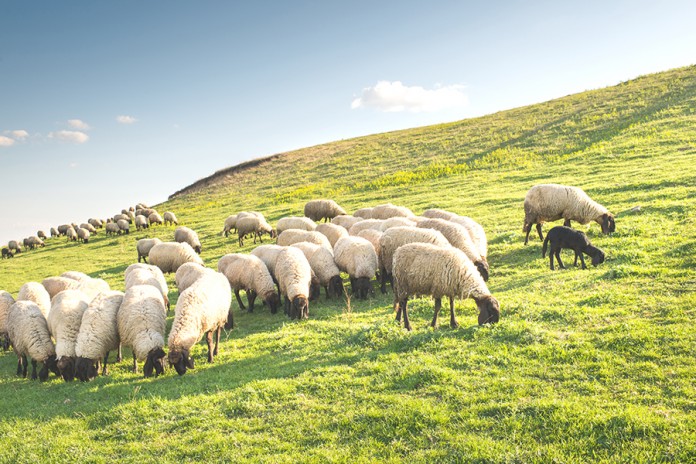 Following their victory over Midyan, Bnei Yisrael captured a huge quantity of livestock: 72,000 heads of cattle and 61,000 donkeys – but by far the most were 675,000 sheep.

The Or HaChayim says that because the tribes of Reuven and Gad were the most valiant in battle, they ended up with the most livestock. A large population of animals requires vast tracts of grazing land, and it was with this in mind that the tribes of Reuven and Gad approached Moshe with the request that they be given the fertile grazing lands on the other side of the Jordan as their inheritance, rather than a part of Eretz Yisrael “proper” like the rest of the tribes.


Moshe severely rebuked them, saying that they were effectively “reenacting” the sin of the Spies, and by not crossing the Jordan with the rest of Bnei Yisrael they were weakening the people’s resolve to conquer the land. Since Reuven and Gad were the “warrior” tribes, this rebuke was not out of place. To go up against the seven nations in Eretz Yisrael without their elite fighting force could be a huge blow to morale.

Reuven and Gad placated Moshe. Not only would they cross the Jordan and help Bnei Yisrael conquer and inherit the land, but they would spearhead the attack and not return back over the Jordan until the last of the tribes was settled in their inheritance.

“And they approached him [Moshe] and said: ‘We will build fences for our livestock and cities for our infants’” (Bamidbar 32:16).

Moshe accepted their offer – If you do as you promise, you will be “freed [of your obligation] from the L-rd and from Israel” (ibid. 22). However, his response to them contained yet another “rebuke.” “Build cities for your infants and fences for your sheep and fulfill your promise” (ibid. 24) – First take care of your families and only then your sheep (and not, as you previously mentioned, the sheep before the babies).

The generation of the Midbar is termed by the Sages as “Dor Dei’ah,” people of such elevated spiritual stature that it is impossible to think of them as regular people. With that in mind, it begs the question – Is it conceivable that Reuven and Gad would prioritize their “newly acquired” sheep over their infants and families? The very notion is absurd.

To better understand what is going on here, we need to skip forward to parshat Vezot Habracha (Devarim 33:21), where Moshe speaks about Gad. Here we gain a deeper understanding of what motivated Gad (and Reuven) to remain on the other side of the Jordan, even though it had less kedusha than Eretz Yisrael.

It had nothing to do with sheep.

The reason they wanted to remain over the Jordan is because that is where Moshe Rabbeinu is buried. “Vayar reichit lo, ki sham chelkat mechokek safun.” The word “reishit” refers to numerous things (Torah, Am Yisrael, bikurim, hafrashat challah, etc.). Moshe Rabbeinu is also referred to as Reishit. Out of respect for their revered leader, Gad and Reuven wanted to do a huge tzedek and chesed and dwell in close proximity to Moshe’s kever (even though the exact location is unknown).

So what then is this business about preceding their infants with the sheep? If the sheep were meaningless to them, why did they mention them first?

We get a hint from Moshe’s response to them “freed [of your obligation] from the L-rd and from Israel.” Reuven and Gad were in fact asking Moshe a halachic question: “What comes first? Our obligation to Hashem or to Yisrael?”

If you remember, back in Bereishit when Avraham left Egypt, he was laden with livestock. The Torah says that Lot was also blessed with lots of sheep. A dispute broke out between Avraham’s shepherds and Lot’s. Lot said, “Eretz Yisrael has been promised to Avraham’s descendants, so it is in fact ours. Therefore, we can let our livestock roam free and graze wherever they want – the land belongs to us.” Avraham did not allow his livestock to roam free, because as long as Am Yisrael did not conquer the land in the time of Yehoshua, it did not belong to Avraham and grazing on someone else’s land was theft.

Moshe’s rebuke to their initial proposition was intense and harsh. “How can you sit here in tranquility while your brothers fight?” However, Moshe’s response to their preceding their infants with the sheep was not intense and harsh – it was subtle and not spoken out of indignation. It was not a rebuke but an answer to their question.

The answer, Moshe told them, is twofold. On the one hand, the Torah comes first. On the other hand, “Derech Eretz Kadma La’Torah!” (Yalkut Shimoni, Breishit, ch. 3, hint 34). It is very commendable that you first wanted to build fences to prevent the Torah prohibition of gezel; however, what about derech eretz? You have to take care of your family and make sure they are safe and secure.

Derech eretz means “basic decency,” but it also means parnassah, livelihood (Avot 2, 2). So, if derech eretz comes first, then they should have worried about the sheep (their parnassah) first?

The two are interlinked – one cannot exist without the other. They must be given equal priority, not one before the other, but at the same time.

In the three weeks before Tisha B’Av, we have to apply this principle with more vigor – increase our Torah study and observance and at the same time increase our derech eretz and ahavat Yisrael, within our own families, with our neighbors and in our communities.

Parshat HaShavua Trivia Question: At which stop in their journey in the desert did Bnei Yisrael receive the Mann?

Answer to Last Week’s Trivia Question: Why does it say in the Korban Tamid – “hakeves echad” and later “hakeves hasheini”? Grammatically speaking, it should either be on or the other. In Tetzaveh (Shemot 29:39), referring to the Tamid, it actually says HAechad. The alteration in the Pinchas version is to echo the first two days of Creation. The first day is “echad” (referring to HaKadosh Baruch Hu) and the second day, when the angels were created, is “hasheini.”