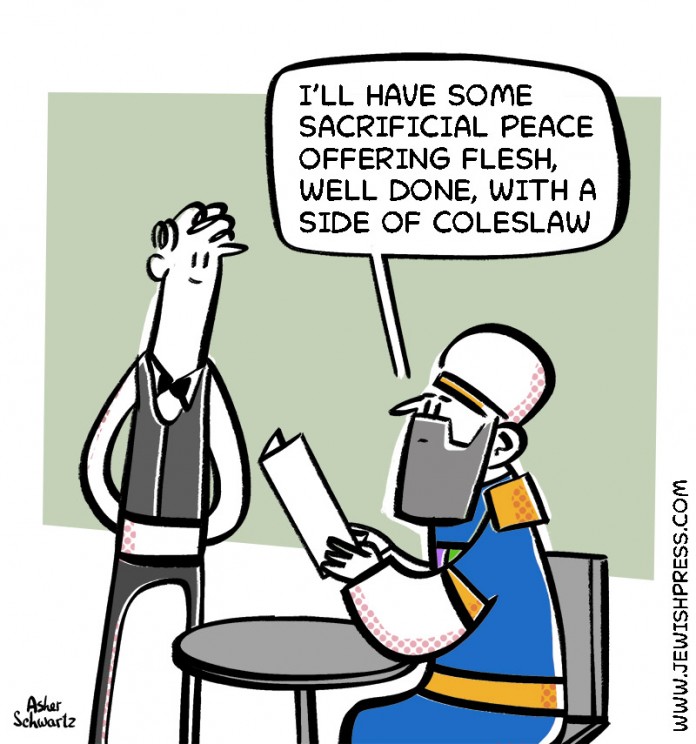 If I were to ask you to choose one verse from the entire Torah that encompasses the essence of avodat Hashem, what would it be?

Our Sages grappled with this very question in a Midrash. Although this specific Midrash has been lost to us due to our persecution in galut, it is mentioned in Ein Yaakov (16th century), in the introduction to the saying of Shimon HaTzaddik. The nusach of the Midrash is as follows:

The korban hatamid was a special korban belonging to the category of temidin, sacrifices that had a fixed schedule. Unlike a korban chatat for example, which was brought according to circumstance, i.e., when someone sinned, the temidin were sacrificed on a regular basis regardless of circumstance.

The korban hatamid was a daily sacrifice in two parts; half was offered in the morning and the second half in the evening.

“Reiyach Nichochi” refers to the revi’it of wine poured on the base of the altar (other commentaries, like Rashi, Ramban, etc., have a different explanation of the subdivision).

The Or HaChayim explains why we have these four components in the korban hatamid (sheep, bread, fire and wine): to show that everything that exists in this world (animal, vegetable, mineral and fire) is from HaKodesh Baruch Hu and He has sole dominion over them.

The Abarbanel has a slightly different approach. The sheep in the morning is to remember Matan Torah (which took place in the morning) and the sheep in the evening is to remember Yetziat Mitzrayim and the korban Pesach, which was sacrificed in the evening. The asirit ha’eifa of solet is to remember the Mann in the desert (which was an asirit ha’eifa measure). The oil is a symbol of honor, which we received both during Yetziat Mitzrayim and during Matan Torah. The wine is to remember the joy of our Exodus from Egypt and receiving the Torah, as it says, “Wine gladdens the heart of man.”

Some say that the tamid protected not only the Jerusalemites but the entire nation. The Gemara (Sota 49b) tells the woeful tale of the lack of unity in the time of the second Beit Hamikdash, that despite this, all the while the tamid was being offered, Am Yisrael were impregnable, but when it stopped, that is when disaster struck.

This is all good and well; however, to say that the korban hatamid encompasses the very essence of avodat Hashem, more than Shema Yisrael and more than Ve’ahavta Lerei’acha Kamocha? Yes, it was an important korban, but it was just one of many – what makes it so special?

The Maharal (Netivot Olam bet, Netiv Ahavat Rei’ah, chap. 2) explains why. I will paraphrase his words.

Human nature tends to focus on the extraordinary. Yom Kippur is a momentous occasion; the enormity and awe of the day never fail to inspire. When Shabbat arrives, it is an occasion – we have been preparing for it the entire week, reserving the special delicacies l’kavod Shabbat. We have many iconic dates in our calendar: Pesach and the Seder, Sukkot and the arba’at haminim, etc. These are all things we look forward to with great anticipation.

The Maharal says that although all the above are intrinsic parts of our faith, they are not the essence. The essence is in the mundane, the little, seemingly insignificant things we repeat every single day of our lives, multiple times a day, like davening shacharit, mincha and ma’ariv. It is specifically these “unglamorous” routines that are the essence of the Torah. They show that we are true avdei Hashem that we serve Him not only on special occasions, but 24/7.

How many of us have the energy to daven three times a day with intense, unwavering fervor? How many of us can keep our concentration while davening the Shmoneh Esrei and prevent our minds wandering to our bank account, the leaky faucet in the kitchen, the child who needs to picked up from school?

The Maharal is telling us that it is davka in these little things that our true faith shines. If we have the “gall” to ask Hashem for the same things day in and day out – livelihood, health, hasten the Geulah, etc., and expect Him to hear (and respond) to us, how can we dare daven “by rote?” If we daven on “automatic pilot” and are not really aware what we are saying, can we truly expect Hashem to seriously listen to our prayers? Imagine going before a judge in traffic court and rambling off some written text in a monotone at 100mph. What do you think your chances of getting off scott free are?

This is the korban hatamid. The Kohanim had to bring this korban twice a day, with the same intense fervor, every single day. This level of devotion only comes about with extreme effort, and this is what Hashem demands of us – extreme effort, all the time. This is why the korban hatamid protected Am Yisrael, because it is the true litmus test of total dedication to our Creator.

It is not easy; often real life gets in the way, but we need to make an increased effort to spend the short time we interact directly with Hashem each day during our tefillot, to clear our minds and concentrate entirely on communicating directly with the Master of the Universe.

Answer to Last Week’s Trivia Question: It says that Balak “saw” what Am Yisrael did to the Emori. How could he see if he was not there at the time? Chazal say that Balak performed some kind of sorcery with a bird that turned it into a kind of a “camera drone” that transmitted the images to him. 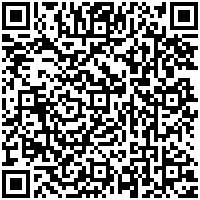