Klal Yisroel stood at Har Sinai and accepted the Torah in a state of supreme purity and complete unity. Every Jew reached a level of prophecy and witnessed an unparalleled revelation of G-d. Then Moshe ascended Har Sinai for forty days so G-d could teach him the laws and details of the Torah.

When the forty days had ended, Klal Yisroel thought Moshe would not return, and they panicked. The result was catastrophic; they created a golden calf and committed an egregious sin.

How did they reach such a low level? It began with a miscalculation. They thought Moshe was supposed to return that day. When six hours passed and he had still not returned, they began to worry. They knew Moshe was very precise – to him midnight was exactly midnight and midday was precisely midday. Now, they began to panic. If Moshe was really gone, G-d forbid, what would become of them? Who would lead them into Israel? Would they remain in the desert for eternity? Would the mahn continue to fall – after all it was only due to Moshe that it fell in the first place? And if there was no mahn what would become of their families? To make matters worse, the Satan showed them the image of Moshe dead.

The Satan did not succeed in totally convincing the Jewish people that he died, for the people only said, “we do not know what became of him.” However, they did allow their imagination to overpower their intellect. They were terribly frightened. If they had been completely logical they would have reasoned that G-d would not abandon them, even if Moshe did not return; perhaps Aharon would take over. The problem was that the people followed what their eyes saw, not what logic dictated.

Rabbi Chaim Shmuelevitz zt’l pointed out that in the Hoshanos recited on Hoshana Rabba we beseech G-d to save, “the ground from accursedness … the soul from panic.” In that paragraph we ask G-d to save the granary from “gazam” – a type of locust, and the crop from “arbeh” – another type of locust, for they are destructive forces.

By the same token the soul must be saved from panic, for it is a destroyer. This is precisely what happened in the desert. The people panicked and were so frightened they were not able to think logically. This led to decisions made in haste.

The lesson we must learn from their sin is not to allow ourselves to be immediately overwhelmed by what our eyes see. Our imagination can at times paint terrible pictures, but we must remember that it is only our imagination.

Why did the Jews panic so much when they thought Moshe would not return?

Let’s keep in mind that though the nation had just accepted the Torah at Sinai, a mere year earlier they were lowly slaves living in a brutal exile.

Servitude does not only destroy one’s physical sense of freedom, it destroys the one’s mental and psychological sense of self as well. A slave becomes completely dependent on his masters. There are no bills to pay or decisions to make. The slave forfeits his identity to his master and knows nothing other than the directions imposed upon him.

When the Jews marched forth from Egypt they had the difficult challenge of not only traversing the land of their captivity but also triumphing over the slave mentality that had infiltrated their conscience for so many generations. That reality was extremely daunting and immobilizing for the newly freed nation. They were frightened by the prospect that they had to make their own decisions and forge their own pathways in service to G-d.

So when they thought Moshe would not return they feared that they would be unable to lead their families and live up to their lofty potentials without an intermediary to guide them.

This mindset was an integral part of the sin of the Golden Calf. It wasn’t only what they did; it was also the feeling of turmoil and fear which caused their actions. They were held accountable for allowing their emotions to overwhelm them because they did not sufficiently believe in themselves!

With this in mind we can understand why the Torah repeats the importance of safeguarding Shabbos prior to its narrative of the sin of the Golden Calf. When Shabbos is observed properly it helps instill within us a sense of serenity and inner-peace. It is a day of connection when we remind ourselves of our priorities. On Shabbos we have the ability to contemplate life and our place in it in a manner that we cannot achieve during the other six days, which are more chaotic and fast-paced.

When one observes Shabbos properly he is protected from sins such as the Golden Calf. 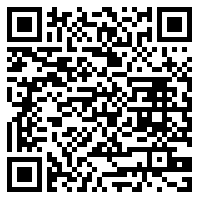