Home Judaism Parsha Parshat Chayei Sarah
Share on Facebook
Tweet on Twitter
It’s hard to imagine life without them, and yet they almost never came into being. I refer to the ubiquitous “Post-it Notes” that adorn the furnishings and appliances in all our houses and offices. In 1968 Spencer Silver, who worked as a research scientist at 3M, invented the semi-sticky glue while experimenting with different types of glues to use on adhesive tape. “Silver’s adhesive was revolutionary, because it could stick and come unstuck without ruining the surface it touched” (100 Great Businesses and the Minds Behind Them by Emily Ross and Angus Holland; Sourcebooks, Inc. Naperville, Illinois 2006; p.49).
Silver’s problem was that although he showed his invention to other researchers at the company, nobody could find a use for his weak adhesive. So his invention was shelved. In 1974, however, things would change. Art Fry, a fellow researcher of Silver, was a member of a church choir. During a rehearsal he became frustrated when the paper bookmarks he used to mark the hymns his choir was singing kept falling out. Remembering a presentation that Silver had made regarding his semi-sticky glue, Fry realized that, “he could mark the pages with sticky bookmarks without damaging the book” (Ibid.).
3M then began the long process of developing and testing the product for its marketability. Some executives at 3M feared that people would never pay for a mere alternative to scrap paper. But Art Fry did not give up. He constantly worked on ways to manufacture the sticky bookmarks that used Spencer’s glue as their adhesive. After several years of testing the Post-it Note hit the market in 1980, becoming an instant success. Today there are more then 1000 varieties of Post-it Notes available for purchase.
What is most amazing about this story is not Spencer’s invention or Fry’s happenchance discovery of a use for the glue. Oddly enough, things like that happen all the time. Rather, the most impressive part of this story is that Fry did not get distracted and saw his project through. Often great ideas never become a reality due to the lack of fortitude to see the concept through all the stages of development. This becomes especially acute when the development process hits bureaucratic snags and technical setbacks. Fry, however, viewed these realities as “par for the course in the innovation process” (p.50).
Leaders would do well to learn from Art Fry. Leadership is not just about articulating a vision. It’s about nurturing it down the long and arduous road until its realization. A person who can craft a vision but lacks the character to overcome the inevitable obstacles is no leader. Unfortunately, vision articulation gets all the glory. In truth, vision articulation without vision nurturing amounts to nothing. In this week’s parsha Yitzchak exposes us to the importance of vision nurturing – a job he spent his entire life doing.
Near the end of the parsha when Eliezer is returning with Rivka to marry Yitzchak, we see Yitzchak: “going out to the field to talk towards evening” (Bereishit 24:63). Several commentators offer explanations that seem to be mutually exclusive of what Yitzchak was doing. The Rashbam, who throughout his commentary emphasizes the literal meaning of the narrative, comments that Yitzchak went out to check on his workers and property. Rashi, as well as the Seforno, Kli Yakar and many others explain, based on the Gemara in Berachot (26b), that Yitzchak went out towards evening to daven Mincha. In fact, it was at this time that Yitzchak introduced to the world the concept of davening in the afternoon. Additionally, the Kli Yakar quotes the Gemara in Berachot (6b) that underscores the importance of Mincha by describing how Eliyahu HaNavi was answered on Har Carmel at Mincha time.
If we study Yitzchak’s actions in light of both approaches to the verse, we can better understand the importance of what Yitzchak did. The time of day under discussion certainly seems right for Yitzchak to be checking on the day’s work. Yet the importance of Mincha is that precisely in the middle of everything, we must stop and pray. One can certainly understand the importance of davening in the morning – when we set our goals for the day and are encouraged by the dawn of a new day. The importance of Arvit is also quite understandable. At the end of the day it is important to take stock of the past day’s events and to plan for tomorrow. Additionally, it is relatively easy to remember to daven at these times.
Mincha on the other hand is smack in the middle of the day. It is often difficult to stop what we’re doing and remember to pray. Moreover, stopping to pray breaks the momentum of what we’re doing. Yitzchak taught us the importance of taking a break midstream to refocus our efforts and to remember the reason we are in this world and the vision we are pursuing. Despite being stuck in the minutia of our daily lives, Mincha forces us to keep our eye on the prize and to maintain the fortitude to see things through.
Yitzchak is often described as simply continuing the vision that his father Avraham articulated. This is a great disservice to him. In fact it is Yitzchak’s nursing of that vision which ultimately allowed it to be realized in Yaakov’s family. Yitzchak’s life is a string of events that forced him to maintain the vision despite many obstacles. The mishnah in Pirkei Avot (5:2) states that it took ten generations from Noach until Avraham for monotheism to take hold. If not for Yitzchak, Avraham’s vision of a world based on monotheism and chesed might have remained on the shelf for another 10 generations.

Rabbi David Hertzberg is the principal of the Yeshivah of Flatbush Middle Division. Questions and comments can be emailed to him at Mdrabbi@aol.com.

40,000 Flocked to Hebron’s Cave of the Patriarchs for Shabbat Chayei Sarah 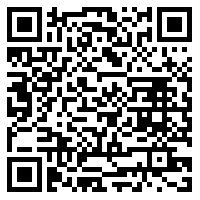