Last week, we discussed the uncertainty that both Yitzchak and Rivkah had about their children and how they acted based on their respective intuitions nonetheless. It is important to know that when Rivkah acted, she was facing a typically Biblical moment. Once her husband had set things into motion, Esav was going to receive the blessing in a matter of a few hours. This was no trifling matter – that blessing could have changed the course of history and led to untold suffering for Ya’akov and his descendants. And just about the only thing that could stop it was Rivkah taking action.


As just alluded, this type of situation is something one encounters fairly regularly in the Bible. In fact, it happens again in this week’s parsha when Lavan decides to trick Ya’akov and place Leah inside the wedding tent instead of Rachel. While the Torah doesn’t give us much information about his daughters’ role in this, their involvement is almost certain. The Talmud (Megillah 13b) posits that Rachel and Yaakov had anticipated such a scenario and therefore taken precautions – such that any imposter would be discovered. Given the way the story actually played out and Ya’akov getting caught unaware, the rabbis feel that when Rachel found out about the plot, she must have given over the secret to her sister. While figuring out what Rachel place in the story involves a certain amount of speculation, Leah’s part does not: Even if her father forced her into the tent, once alone with Ya’akov, she certainly could have revealed her identity immediately, so that he not have to find it out by himself only the next morning. Indeed, the midrash (Aggadot Bereshit 48) has Ya’akov blaming her in most uncertain terms about this.

Assuming that both women made a conscious decision to go along with a plot that either could have stymied, their motivation is of great interest. Rachel could have prevented the plot at the cost of her sister’s mortal embarrassment – the type of embarrassment that Leah might never have been able to shake off.  For Leah, this was her one chance to marry a man she was at least as well suited to marry as her sister, and so possibly become his partner in mankind’s most important project. Yet, if the marriage even survived, it would always be adversely effected by its unfortunate beginnings. Moreover, she had to decide whether the outcome she so much desired outweighed the ethical problem of misleading Yaakov in so critical and intimate a matter.

Like Rivkah before them, neither sister had created the situation that was about to have extraordinary influence on the rest of their lives – and, ultimately, on the lives of countless others as well. But that didn’t matter – it had been put into motion and would happen one way or another. As contemporary philosopher Alasdair McIntyre once put it, what we are “able to do… as an actor is deeply affected by the fact that we are never more (and sometimes less) than the co-authors of our own narratives.” Many – perhaps most – of our important decisions come in response to situations that happen to us. Though not of our own creation, their importance demands that we take ownership and quickly determine our choices. Whether we choose to respond actively like Rivkah, or passively like Leah, is not important. What is important, is not just letting things happen without making our own decision about how to best deal with the situation at hand. The more prepared we are for this fact, the better we are prepared to be ethical people. For it is within such real life situations that morality and values have their true meaning. 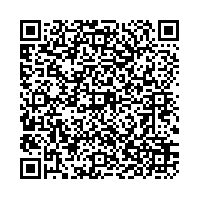