When Ya’akov decides to prioritize the younger son, Ephraim, over the older Menashe, it does not set well with their father, Yosef. Not only does it not sit well, Yosef physically tries to reverse Ya’akov’s course of action, reminding him that Menashe is the firstborn (48:17). While some claim that Yosef is motivated by thinking that Ya’akov’s bad vision is responsible for his action, the Torah seems to indicate otherwise: By telling us that “it was bad in [Yosef’s] eyes,” it points to a more ideological reason for his response.

It is true that Ya’akov’s decision to prioritize Ephraim also requires some explanation. Still, the stranger component of this scene is Yosef’s unusually strong opposition to it. By this point in time, it had become clear that being born first does not assure any prioritization. It had never been – and would almost never be – the case in the Bible’s most important families. In fact, the very legitimacy of his family’s claim to the legacy of Avraham and Yitzchak rested on the idea that a younger brother (Ya’akov) could take the position is normally reserved for the older brother (Esav). So how could Yosef challenge it now?


What we see here is one more indication of the difference between Yosef and the other brothers. Predisposed to think in more conventional terms, he was likely always a bit uncomfortable with the subversive values of his family. It is not with Avraham’s path of ethical monotheism that he disagreed, as much as how it was to be implemented. In line with this, R. Eliyahu Mizrachi posits that the midrashic explanation of why Yosef thought his brothers were sinners is based on his thinking that they should follow Noachide law, whereas they thought to follow Torah law. In other words, Yosef believed it made more sense to influence the world with a less confrontational path, more easily shared by others.

And Yosef’s tendency against rocking the boat was likely only reinforced in exile, away from his family and the spiritual qualities inherent of the Land of Israel. This is not to take away from his righteousness and from his impressive attachment to God in the most challenging circumstances. But revealingly, the name of God that was always on his lips was that of the  universal God, Elokim.

Discounting the importance of birth order was part of the emerging Torah’s radicalism that made Yosef uneasy: Given that almost all monarchial succession is based upon birth order, subverting it would cause serious political turmoil, wherein the death of a monarch would bring potentially violent competition for the throne which could, in turn, easily lead to societal chaos. This was not easily lost on Egypt’s viceroy, serving under Egypt’s most powerful firstborn, as he was.

So while Yosef may not have sought to override his father in the Land of Israel, Ya’akov insistence on his subversive principles right in the heart of the Egyptian court that Yosef’s nuclear family represented, was something Yosef had to at least protest. If for no other reason, his agreement to such an approach could have resulted in serious problems with Pharaoh. That being said, it appears that Yosef’s disagreement with his father is more about the future of the Jewish people than it is about the future of Egypt. As happened when he was younger, Yosef’s attempt to determine the future of his own family is rebuffed.

Ya’akov decides that Yosef is overstepping his bounds. He decides that Yosef’s approach is only correct within the carefully calculated equations that define the latter’s official position in Egypt. The Torah goes out of its way to detail Yosef’s division of property, produce and labor over several years, showing Yosef’s full internalization of his official role. And the last thing such an administrator needs is destabilizing social and religious ideals. Yet, the Jew has no choice but to destabilize. He may be an extremely effective administrator; but at the end of the day, that must take a back seat to ideas designed to shake man up out of spiritual lethargy.

And so Ya’akov responds to his son, “I know, I know.” I am aware of what you are saying on a conventional level. I also know that it will cause you problems. But if we are to really impact on the world, we have no choice. We were not put on this world to win Nobel Prizes in Economics. We were put on this world to ‘perfect the kingdom of God.’ That is what we have done in the Land of Israel and that is what we will continue to do outside of it! 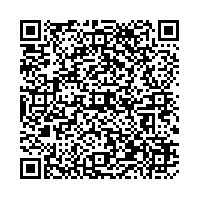