On June 8th of 2015 the Supreme Court in a 6-3 decision denied petitioner Rabbi Ari Zivotovsky registering the birth of his son as having taken place in Israel. Even though he was born in Israel’s capital, Jerusalem. The basis for the claim is somewhat irrelevant to this post. Suffice it to say that it seems pretty ridiculous to say that a Jew born in Jerusalem cannot be registered as being born in Israel.

Jerusalem is the capital of Israel. I say this with pride as a Jew. That should be obvious to anyone with the slightest knowledge about the bible, Israel, Jewish history, and the current facts on the ground. Jerusalem has always been considered part of Israel by the 2 of the major faiths: Christianity and Judaism. Even without that, the seat of government in Israel is in Jerusalem.

The American embassy should therefore be in Jerusalem. And an American citizen born in Jerusalem – was also born in Israel. But things are not always as simple as they might seem. There are a lot of forces out there working to deny recognition of that fact.

How did these Presidents get around this act? There is a loophole that every President has used allowing them to keep the embassy in Tel Aviv – thereby not recognizing Jerusalem as even part of Israel – let alone its capital.

On the face of it this seems pretty outrageous – given all of the above – that the embassy is not located in Jerusalem and that someone born there cannot be considered born in Israel. And yet that is the way things stand now.

As most people know by now, candidate Trump had done what his predecessor candidates have done: Promise to move the US embassy to Jerusalem.  What’s different about Trump’s promise is that now as President-elect he says he intends to keep that promise – saying it is a high priority for him. His top advisers on Israel many of whom will be serving him in an official capacity (while others unofficially so) support him doing that. It therefore seems like a virtual certainty that the US embassy will be relocated Jerusalem where it belongs.

This has generated an unprecedented warning from outgoing Secretary of State, John Kerry:

“You’d have an explosion, an absolute explosion in the region, not just in the West Bank, and perhaps even in Israel itself, but throughout the region,” Kerry said in an interview with CBS.

Not to be outdone, in the ‘dire warning’ department, Palestinian Authority President Mahmoud Abbas and the government of Jordan said the following:

(Abbas) noted that moving the embassy would have “irreversible” consequences, and warned that if Trump did relocate it, the PA would “take steps” in response.

A government spokesman in Amman warned that moving the embassy may have “catastrophic” repercussions. Such a move could affect relations between the US and regional allies, including Jordan, Information Minister Mohamed Momani told The Associated Press.

This brings me to this morning’s news out of Jerusalem:

Four IDF soldiers were killed and 13 wounded after an industrial truck driven by a terrorist, rammed into a group of people adjacent to the Armon Hanatziv promenade in Jerusalem on Sunday afternoon.  Among the fatalities were three female soldiers and one male in their 20s. The terrorist was shot dead by security personnel at the scene…

I have mixed feelings about it. As I said, there is no question in my mind that the capital of Israel is Jerusalem. Even in the event that a 2 state solution is implemented – at least the western part of it of it where the Keneset is located will be a part of Israel. That was already conceded to Israel by Arafat at the Camp David peace conference under Clinton that almost produced a Palestinian State.

That there is so much opposition to it shows the irrationality that dominates the thinking on this issue. And yet I am not sure it is worth the terrible price we might have to pay if it happens. If this morning’s event is a precursor to the type of response from Palestinians we should expect, then it might just be a mistake. I’m not even sure what tangible benefit we would get out of it. How will it better anyone’s life if the US embassy is moved from Tel Aviv to Jerusalem? What is gained versus what is lost must be considered when making a decision that could explode in our faces where God forbid much blood may be spilled.

That a response like that from the Palestinians is irrational is besides the point. They don’t need much of an excuse to attack Jews in Israel. I doubt that the fellow that plowed his truck into a crowd of innocent Jews in Jerusalem this morning had the American embassy in mind.

On the other hand, why shouldn’t a country have the right to call the place of its choice – their capital? One that has been its capital since its founding? And why hasn’t the United States placed its embassy there from the start? Had this been the case, we wouldn’t be having this discussion now.

I guess it’s all up to the President-elect when he takes office. If he does move that embassy, I will take pride in that. I just hope it isn’t short-lived by the explosive reaction that so many are predicting.  My pride is not worth what may follow.

I hope President-elect Trump has a plan to follow it up that will assure that peace is maintained; that security measures are put in place both in Israel and the US to protect their citizens from any possible reprisal type violence that might accrue. And to have serious consequences to those that would perpetrate or condone violence in its wake. So that an American Jew born in Jerusalem can say with pride that he was born in Israel and have it recognized by his country. 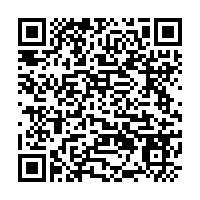