We bentch Rosh Chodesh Iyar on Shabbos Parshas Acharei, the 14th day of the Omer, with Rosh Chodesh falling on Yom Rishon and Yom Sheini (Sunday and Monday, May 8 and 9). With the glow of Pesach still lingering, we count the days of the Omer to bolster us spiritually in preparation for the most extraordinary event in the history of mankind – our binding with Hashem at Mattan Torah in Sivan.

The acronym of Iyar stands for Ani (aleph) Hashem (double yud) Rofecha (reish) – I am Hashem your Healer (Shemos 15:26). It was in this month that we were introduced to the holiness of Shabbos, with woman accorded the distinct honor and privilege of performing the mitzvah of candlelighting to usher it in. And as any Shabbos observer will affirm, there is nothing quite as therapeutic and healing as Shabbos!

With the full moon of Iyar, the mahn began to fall from Heaven to nourish Bnei Yisrael in the zechus of Moshe Rabbeinu, the well of Miriam further serving up spiritual fortification on their unprecedented journey through the wilderness.

The sign of the powerful bull (shor) is symbolic of Iyar (Taurus), while the part of the body representative of the month is the neck. And a stiff-necked people we were when we soon stubbornly insisted on having our culinary cravings satisfied, demanding meat on our menu to boot. No surprise that the earthly element of Iyar induces a yearning for physical comfort.

But hope comes alive with the vav (6), the Hebrew letter associated with Iyar. For the ramrod stance of stubbornness can actually be a positive attribute – exemplified by Yosef HaTzaddik (the sixth of the Seven Holy Shepherds), who refused to allow himself to be ensnared by the enticements of Potiphar’s wife.

Lag B’Omer, jubilantly celebrated on the 33rd day of the Omer, the 18th of Iyar, literally and figuratively lights up the month. This day marks the cessation of the merciless plague that tragically claimed the lives of 24,000 students of Rabi Akiva. Exceptionally dedicated Torah scholars, they were lacking in one vital trait: unity.

Enter the holy Tanna, Rabi Shimon Bar Yochai, one of the disciples of Rabi Akiva who, despite the rigors of the Roman exile, revived the Torah that had been all but forgotten following the terrible scourge.

For thirteen years, Rabi Shimon lived in a cave with his son Rabi Elazar, evading the death decree that had been placed on his head by the Romans. Hashem provided them with sustenance by way of a miraculous sprouting of a carob tree and the emergence of a fresh water spring. To preserve the clothing on their backs which would necessitate long-term wear, R’ Shimon and his son made use of them only while engaged in prayer. For the balance of their day, spent in learning Torah, they sat on the ground submerged in sand up to their necks. Eliyahu HaNavi visited twice daily to learn with them. It was during this time that the Tanna attained the pinnacle of wisdom in sodos haTorah.

On the 18th day of Iyar, the 33rd day of the Omer, the sun was held in abeyance on the horizon as the holy Tanna R’ Shimon lay bare the mystical revelations of Kaballah. Only at the completion of this sacred task was the sun given divine clearance to set, and the tzaddik‘s soul ascended to the heavens. As he was carried aloft to the outdoors, his bed soared heavenward, ringed by flames of fire, and a voice in the celestial spheres was heard to announce the impending hilulah of R’ Shimon Bar Yochai.

The Healing Powers of Iyar 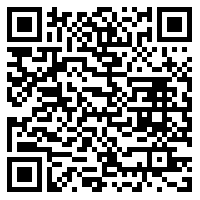