As I bathe in the soothing warmth of my window’s sun-drenched glass pane on this chilly November day, I marvel at the striking exhibition of contrasts: a bright sun in a gloriously blue sky casting its rays through the starkly-bare branches of the towering maple trees. My eyes follow a bluebird’s mid-air flight and graceful landing upon the bed of fallen leaves blanketing the earth. It contemplates, I imagine, how to extract its nourishment hiding beneath nature’s fall ground cover.

Life is full of contradictions, twists and turns… as borne out by the spectacular political landscape recently unfolding in our midst. While a shell-shocked world and media scramble to make sense of numbers they hadn’t counted on, we who are aware that Hashem’s handiwork is in perpetual motion know that only One vote was essentially at play…

We bentch Rosh Chodesh Kislev on Shabbos Parshas Chaya Sora, with Rosh Chodesh falling on Yom Chamishi (Thursday, December 1). The month of Kislev is represented by the sign of the bow which is held against the archer’s heart, its arrows hurling upwards – like the prayers emanating from the depth of the human heart to the heavens above (Shem MiShmuel).

The letter corresponding to Kislev is samech (denoting “support”). Closed on all sides, the samech is symbolic of a fortress of protection. The attribute of this month is sleep – ironic, in that Sagittarians are an adventurous, athletic sort, brimming with optimism and willing to fight for what they believe in. They exude confidence and are gifted with foresight, wisdom and organizational skill. That is, if they focus their month’s energy in a positive versus negative direction. This applies as well to the organ of the body associated with Kislev, the stomach. While both sleep and food are essential to human survival, overindulging in either can be detrimental to our well-being.

The element of the month of Kislev is fire. The tiny spark that lies within each Yiddishe neshama ignites a burning desire for spiritual fulfillment – in direct contrast to the obsession with materialism and physicality that dominated the Syrian-Greek culture of that dark and dismal period in our history. The Jewish nation thankfully emerged from their spiritual slumber just in time…

Undaunted and undeterred by the relentless harassment of their oppressors, Matisyahu and his five sons took up arms and fanned the flames of their zealousness in revolt against their tormentors. With a resolute faith in Hashem, the weak and the few conquered the strong and the many, the pure overcoming the impure, in a triumphant battle that culminated in the joy and light of Chanukah.

Ushered in on the eve of the 24th of Kislev, Chanukah celebrates the miracle Hashem performed for His people in recognition of their intense emunah and steadfast belief that He would guide them to victory, despite unbelievable odds. The potency of the holy light of Chanukah commemorating the minute amount of oil that burned for eight days in the Beis HaMikdash shines upon us to conquer the darkness. Proper adherence to the mitzvah further purifies our souls.

Rav Shmuel Eliezer Eidels was a descendent of Rabbi Yehuda HaChassid and Rav Akiva HaKohen (father-in-law of the Shela HaKadosh). His mother’s predecessor was the Maharal of Prague. Rav Shmuel Eliezer adopted the name Eidels in appreciation for his affluent mother-in-law Rebbetzin Eidel Lifshitz (widow of Rabbi Moshe Lifshitz, the rav of Brisk), who was not only instrumental in making the match between her daughter and the Maharsha but also graciously provided their sustenance in support of her son-in-law’s Avodas Hashem.

In his Chidushei Aggados, the Maharsha recounts the story of a corrupt individual who one day approached a noted Chacham in his quest to alter his errant ways. Expressing deep regret over his sinful past, he appealed for a tikun – albeit one he’d be able to withstand. The Chacham acquiesced after being assured of the remorseful man’s sincerity. The remedy he prescribed was simple enough: from that day onward the penitent was never, under any circumstance, to tell a lie.

With the passing of time, the man’s evil inclination goaded him into reverting to his crooked ways. As he ventured out with his tools, intent on carrying out a robbery, he met up with an acquaintance who asked him where he was off to. Having trained himself to tell the truth, he did just that. Continuing on his way, he crossed paths with another curious wayfarer. Heeding the Chacham’s directive once again, the man was open about his objective.

Shortly thereafter he was struck by the sudden realization that there were now two witnesses who could, and in all likelihood would, expose him to the authorities. He promptly regretted his course of action and abandoned his nefarious plan.

Those of us who were lacking in spiritual vigor during the recent Yomim Noraim can take heart; it is written that Chanukah, commemorating the rededication of the Bais HaMikdash, is a most effectual time for teshuvah and renewal. “Tosheiv enosh ad daka – you turn man back until [his afflictions] weaken him, [his pride is crushed … and his arrogance turns to humility], and you call on him to repent” (Tehillim 90:3). The word daka (weakened) has a numerical value of 25, signifying the 25th day of Kislev (a month that is astrologically characteristic of inner strength and wisdom in judgment).

The dalet of daka is indicative of dirah (home), alluding to the mezuzah on the right of the entrance door to our home; the kaf stands for keilim (utensils), alluding to the menorah which is placed on the left, opposite the mezuzah; and the alef is for adam (man), who is in the center and repents – returning until he is “weakened.” The menorah’s brilliant light illuminates the mezuzah that serves as a constant reminder of the Torah presence in our midst. Flanked by mitzvos on either side, we stand at the door, ready to greet the imminent arrival of the light of Moshiach.

Appropriately, the shevet of Binyamin is representative of the month of Kislev. The youngest of the tribes, he is “the beloved one of Hashem … Who protects him forever” (Moshe’s blessing to Binyamin) and on whose territory stood the part of the Bais HaMikdash that housed the Mizbeach and Kodshei Kedoshim. May we merit partaking in the Chanukas HaBayis, inauguration, of the third Bais HaMikdash speedily in our day. 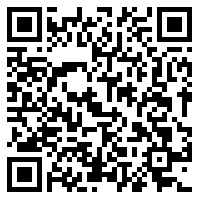