On this coming Shabbos, Parshas Pinchas, we bentch the new month of Menachem Av. Rosh Chodesh is observed on Yom Shishi (Friday, August 5). The letters of Av (aleph and beis) are symbolic of Edom (Rome) and Bavel (Babylon), the empires that laid ruin to our beloved Jerusalem and holy Temples, on the ninth of Av. Even the sun and the moon mourned Yerushalayim at the time of its devastation by hiding their light.

This date in history saw desolation visited upon our people in many forms. Among other calamities, the Spanish Inquisition was signed off on and the first transports were dispatched to the gas chambers in the Second World War.

The element of the month of Av is fire and the heavenly body ruling the month is the sun. The sun has both the power to heal and to burn. At the end of days, the sun will be directed to heal the good and destroy evil and it is then that the tes of Tisha B’Av will revert to tov – good.

Astrologically, both positive and negative aspects delineate the nature of each month. Man’s temperament is to a degree shaped by the mazal of his birth month, yet he has the choice to wield his tendencies in an adverse or efficacious manner.

Leo, the lion, rules Av, while the faculty of hearing is its nature. Those born under the sign of Leo are blessed with the traits of creativity and generosity and are a strong-willed lot. “Strong-willed” can, however, work to one’s disadvantage, as when it translates to obstinacy, arrogance and self-centeredness. These defined the attributes of the Meraglim who concocted bold-faced untruths about the land they were entrusted with surveying. The people hearing those false reports believed the lies and cried senselessly, setting the stage for future tears to be shed in earnest when tragedy would strike Am Yisrael again and again on the anniversary of this date.

The eminent tzaddik and visionary, Rav Yaakov Yitzchok Horowitz, also known as the Chozeh (seer) of Lublin, was the son of R’ Avrohom Eliezer HaLevi (a descendant of the Shela HaKadosh) and Mattil, the daughter of Rabbi Yaakov Koppel Likover.

The Chozeh was a disciple of the Mezritcher Maggid and learned at the side of luminaries such as Reb Elimelech of Lizhensk, Reb Shmelke of Nikolsburg, Reb Zusha of Hanipoli and Reb Levi Yitzchok m’Berdichiv. His yahrtzeit falls on Tisha B’Av, the ninth of Menachem Av.

When a talmid of his unburdened his heart about his state of poverty and need to marry off his grown daughter, the Chozeh advised the poor chassid to travel to a certain town where Hashem would help him come into the money he would need to do a fine shidduch. The talmid did just as his rebbe advised and set out on his journey forthwith. Arriving at his destination, he settled into the local guesthouse and carried on his regular itinerary of davening and learning throughout the day.

After a couple days, the proprietor approached this guest who curiously wasn’t seen interacting with others. When the man explained what had brought him there, the proprietor sighed and said he wished he could be of help but had recently sustained a crushing blow to his holdings. Following a lucrative business transaction, he had failed to lock his vault that had been filled with the proceeds of his deal and soon found himself totally cleaned out. Questioning his hired help got him nowhere and unexpectedly he found himself destitute. 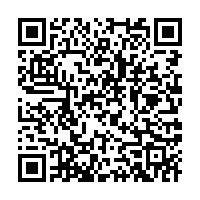