Shmuel Emanuel was accustomed to composing personal prayers. He was a Holocaust survivor, among the founders of Kibbutz Sha’alvim, located halfway between Jerusalem and Tel Aviv. He was a man of Torah and education, of settling the land and agriculture. Last week marks six years since his passing and some of his relatives sent me the following prayer that they found among his books, written in his own hand:

“G-d! Give me the wisdom not to be enslaved to the mass media.

Give me the tranquility to continue to work and be active when the lives of all those around me are disrupted by the radio and the television.

Grant me the discipline to be updated once or twice a day and not every passing minute.

Give me the courage to overcome a perverse curiosity that confuses and distracts me.

Give me the wisdom to understand that I will not be missing anything and will lose nothing if I hear the news later on.

Give me the common sense not to waste my time thinking about and guessing what will come next when, within days or hours, I will see my suppositions had no merit.

Grant me the humility to recognize that nothing will change in Your world, and nothing in the course of history will be altered, if Shmuel Emanuel does not follow every move of some politician.

Make a portion of your Torah a part of me so that I do not waste my time reading articles and hearing analysis based on guesses and futile evaluations that pop up all of a sudden and are just as quickly proven wrong.”

Shmuel wrote this prayer in 5738/1978! In Israel there was only one television station in black and white with no commercial channels, no Internet, and no social media networks. What should we be praying for today?

It is a privilege of mine to be able to pass along stories such as the following, which was sent to me by Yechezkel Lifshitz.

“A neighbor of mine here in Mitzpeh Yericho (20 kilometers east of Jerusalem in the Judean Desert), Yosef Perl, passed away this week. I went to console his wife and son, and they showed me a special notebook.

Yosef’s grandfather, Hirsch Libovitch, lived near Moscow at the height of the communist regime. Before he passed away, he took six notebooks and, in identical fashion, wrote down on their pages everything he knew about Judaism. Each of his children received one of the notebooks with the stipulation that it be passed down to the next generation. The family scattered. Yosef eventually made aliyah, learned in a yeshiva, and guarded his grandfather’s notebook with his life since he did not know if any other copy still existed. 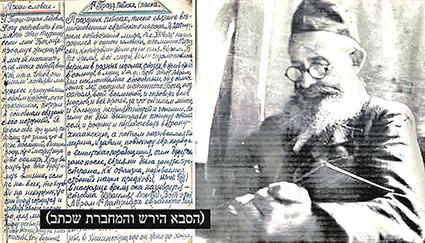 This week, the highly charged notebook, written in Russian and Yiddish, was perused by those who came to console the family. The notebook reads like the last will and testament of someone who, with great pain, writes that he is surely the last Jew on earth. He hopes that perhaps one of his descendants will at least want to hear something about the history of the Jewish people, and will find meaning in his words, but understands there is not much chance that this will happen He writes that if someone will read this notebook, it will give repose to his soul in the next world.

He begins with the holiday of Pesach, goes through all the other holidays and, in essence, teaches all of Jewish history to his grandchildren by means of the Hebrew calendar year, adding family customs he observed at the home of his own grandparents.

He writes about the Torah and how it is more valuable than gold and revives the soul. Finally, he writes much about the hardships of exile and about the redemption that he awaits with constant expectation.”

It’s doubtful that Hirsch, the grandfather of Yosef, could have imagined a reality in which he would not be the last Jew, Russia’s communist regime would disappear, and his grandson would make aliyah to the Jewish state. The notebook he exerted himself to write would remain to guide the life of his grandson, and would even be written about here today.

Last week, Yael Shevach, who lost her husband in a terrorist attack, wrote me the following:

“This is the season for weddings, and I have just returned from a wedding – but unlike any I had ever attended. Ephraim Rimel lost his wife Tzipi and his little girl three years ago in an accident caused by a Palestinian who was driving at an excessive rate of speed on Highway 443. Ephraim was left paralyzed from the waist down. Ayelet Coleman lost her husband Adiel in a terrorist attack. Those are the two people who were married tonight. 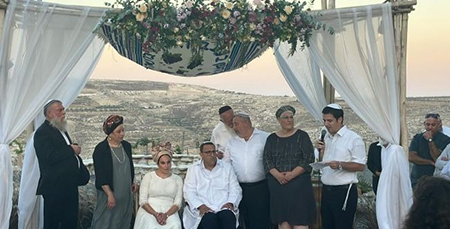 Under the chuppah, Ayelet sat on a chair because Ephraim is confined to a wheelchair. She simply sat next to him throughout the ceremony, and that said so much. A multitude of friends and family had gathered to dance in their honor. It was amazing to me to see that so many members of the extended families of Adiel, z”l, and Tzipi, z”l, had come, happy to share in the couple’s happiness.

The evening was a continuous mixture of crying and rejoicing, an evening of a keenly felt attachment between this world and the next. When two people widowed by such tragic and painful circumstances come together, it is a cry to G-d. They are beginning the next chapter, chapter two, despite all they have endured. They decided to do the best they could do with the worst that could have happened to them. To collect the pieces, to shake off the sadness. Indeed, neither of them had wanted to end up as they did, and yet they were determined to go forward together. I looked at them and asked: ‘The Holy One, blessed be He, what about the second chapter for us, the nation of Israel, after everything we have endured?’

I returned home full of newfound strength. If only the unique energy generated by this wedding could enter the life of everyone who reads about it.” 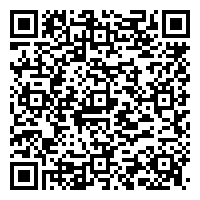