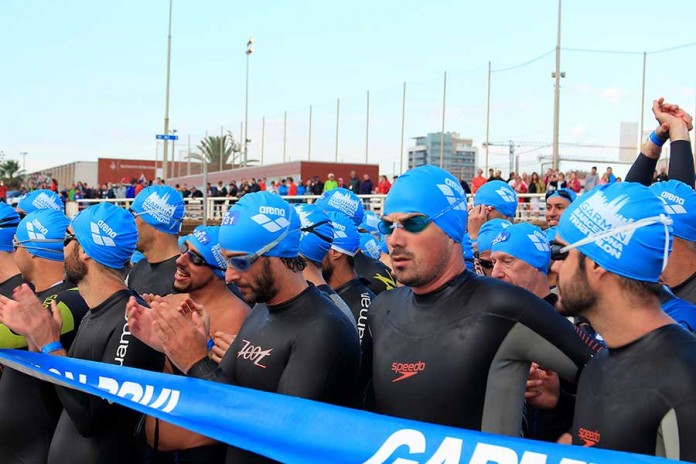 Ran Bar-Yoshafat recently finished an “Iron Man” competition in Spain: 3.8 kilometers (2.4 miles) of swimming, 180 kilometers (112 miles) of bike riding, and a marathon run of 42.2 kilometers (26 miles). But the message Ran asked me to pass along is not only pertinent to sports competition:

“The date of this competition was fixed a long time in advance and no one could have predicted that it would coincide with an extreme heat wave in Europe. Around 1,800 people entered the race, but only 1,400 completed it. This means that 400 competitors, nearly one in four, quit in the middle, which is a very rare occurrence in a race of this kind.

“What happened? Some of the competitors insisted on keeping up a fast pace, consistent with their training, not understanding that this was just not possible in such heat. I understood at the outset that there was no chance I could break my own personal records and only thought about what I had to do in order to finish the race.

“It’s important to recognize that this kind of competition involves a serious investment of time. Participants spend thousands of hours in training and it is truly disheartening to see those around you simply faint in the middle of the race because of a refusal to slacken their pace. Medical teams kept evacuating participants who decided they wanted everything or nothing. So, they ended up with nothing. Even an iron man must understand what it means to be flexible.

“In contrast to those who did not finish, I and many others stopped at every refreshment station along the way and made sure we had plenty to drink. There were times when I stopped running and walked, without embarrassment. I also stopped to pray Mincha (the afternoon prayer), something that others might consider a waste of time, but in the end, I finished with a big smile while holding an Israeli flag, which I had carried with me the entire way. The race did take an hour and a half longer than I expected, but I was satisfied with the result.

“It seems to me that there is a profound lesson to be learned from such a race: Due to a strong desire to be number one, we can fall to the side of the road, and not only in a competition like this. But it’s possible to walk part of the way instead of run, to pedal slowly and to stop and rest every now and then. The main thing is to keep going – in every area of life – at the proper pace.”

At the time when Major Bar Pelach – killed in a firefight with terrorists – was laid to rest, I was present at an event put on by the Nefesh Yehudi Organization on Ammunition Hill in Jerusalem. Together with a thousand students, I listened to Kitri Maoz, the Director of the Ammunition Hill Heritage Site, tell the following story:

“After the peace agreement between Israel and Jordan was signed in 1994, it was agreed that Jordanian soldiers and Israeli soldiers who had fought in the Six Day War would meet on Ammunition Hill (in Jordanian territory before the war) to bring closure to the fierce battle that was fought there. A Jordanian delegation arrived and the senior Jordanian officer, who had grown old, looked right and left and announced: ‘This is not the place where we fought. This can’t be it.’ His Israeli hosts told him: ‘Yes it is. This is where the famous battle between us took place.’ But he was not convinced and said: ‘No, we fought on an empty hill, surrounded by wilderness.’ As he spoke, he pointed to the Ramat Eshkol neighborhood, the Ma’alot Dafna neighborhood, the adjacent government complex and National Police Headquarters. ‘None of this was here!’ he declared. The Israelis explained once again: ‘You are correct. We built all this after the war. When it was yours, it was wilderness. Now that it’s ours, it’s not.’

The message was clear: We are preoccupied with building, not destroying, with life and not with death. And we build with intensity and at a pace that our enemies cannot grasp.”

Condolences to the Pelach family. May we continue to build.

I asked him how he finds ways to renew and revitalize himself after a decades-long career. He answered that renewal is not about continually doing something different but rather about doing what you have always done, only better. “People try to reinvent themselves instead of staying true to their individual and unique mission. It’s like prayer. The words don’t change. It’s we who need to change, to find new meanings in the same words. I sing in English, in Hebrew, in Yiddish, and in duets, but always stay within my realm. And if I am asked to sing ‘Tanya’ (whose words are taken from a classic Hasidic work of the same name) for the millionth time, I say to myself that through Divine Providence I was given another opportunity to sing ‘Tanya’ in this moment.”

When I asked him about the honor and the fame and the inflated ego that come with success, Fried said he does not think these phenomena come from the yetzer hara (evil inclination): “People want to succeed in their chosen area of endeavor and that’s only natural and completely okay. We need only pray that we will act in a manner that will be a Kiddush Hashem (sanctification of G-d’s name), that we will be an influence for good, that we will bring joy and inspiration to others.”

At the end of the workshop, the participants wanted to know where they could hear him lead prayers as the chazan for the High Holidays. The answer was surprising: “I pray in a corner of our synagogue in the Crown Heights neighborhood (Chabad’s world headquarters) of New York. I do not stand before the bimah to lead the prayer service. I stand instead as just another worshiper. No one disturbs me and I am not concerned with the sound of my voice. Over the years I have received many offers to be a High Holiday chazan, but I only want to focus on my prayers at this time of year All year long I’m appearing on stage, but on the High Holidays I appear before the Master of the Universe alone.” 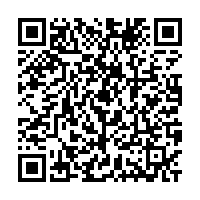