In the face of a wave of worldwide anti-Semitism, rallies were held this week in support of Israel throughout the world. One of the most inspiring speakers at these rallies was Elisha Wiesel, son of Holocaust survivor and Nobel Prize winner Elie Wiesel, who said the following before a crowd in New York:

“My father, Elie Wiesel of blessed memory, traveled to the Soviet Union in the ‘60s to meet Russian Jews who were prohibited from expressing their faith. They were forbidden to hold a bar mitzvah, put on tefillin, or express support for the State of Israel.


“The Communist Party ruled through lies, and the biggest anti-Semitic lie was that Jews are exploiters and enemies of the working class. Friends, today we are victims of a big lie as well. It’s easy to identify the Communist or the Nazi lie, but the anti-Semitism of today is based on an equally pernicious lie.

“When my father visited Russia, Jews there asked him: ‘How many are marching for us in America?’ He was embarrassed to tell them how few there were. He wrote a book about this called The Jews of Silence.

Many thought he meant the Jews of Russia since they were forced to learn the holy Torah in secret, in silence, but he meant us. When we keep quiet, we are the Jews of silence. To those who are here today, I say: You will be able to tell your children that you came here and stood as proud Jews, even as the largest party in the American Congress was filled with extremists who spread lies.

“These are the same old and evil lies that have been told for thousands of years, while all we want is to work, to pray, to live, and to manage our own state. You will be able to tell your children that you were not Jews of silence.” 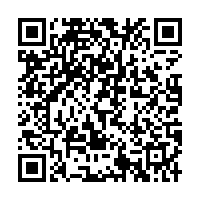