Once they asked a wise man to talk about his greatest dream. He answered that he had many dreams and professional aspirations, but above all he wanted to be a better father, a better husband, a better son, and a better grandson. At the end of his life, a person can leave many achievements behind, but his life’s work is not just about the degrees he earned or his profession. It’s also and primarily about family.

As the new month of Sivan begins, just days before Shavuot – the festival of the giving of the Torah, we are accustomed to pray in this vein. There is a custom instituted by the Shelah HaKadosh (Rabbi Yeshayahu HaLevi Horowitz) 500 years ago to pray for our children. In this prayer, entreaties appear that have been uttered by mothers and fathers throughout the generations until today. Here is a taste:

“Let us and our descendants and the descendants of all of your People Israel know your Name and study your Torah … And give them health and honor and strength, and give them high stature and beauty and gracefulness and kindness, and let there be love and brotherhood and peace between them, and may they worship You with love and awe… Grant them nothing but peace and truth and let them be good and honest in the eyes of God and in the eyes of man.”

RETURN US IN PEACE

Many communities in Ukraine are struggling to survive, revive, and resurrect themselves, as illustrated in the following letter I received last night:

Shalom Sivan, This is Miriam Moskovtiz, Chabad emissary in Kharkov, the second largest city in Ukraine. The war began three months ago and we understood after a week of artillery bombardment that we had to leave. Between missiles and tanks, a broad humanitarian rescue effort was launched. My husband Rabbi Moshe, with the din of shells exploding in the background, opened the ark in our synagogue, kissed the curtain and left with a prayer. On the bus, we recited Tefilat HaDerech (Traveler’s Prayer) with the children and wept with hope in our hearts when uttering the words ‘return us in peace.’

Since then the Ukrainian emissaries are managing affairs on several fronts. There are some Ukrainian Jews who arrived in Israel, some who are now scattered in countries across Europe, and some who have stayed behind in Ukraine. We are concerned with all of them even while, at the same time, it seems that in the world at large, their plight is of less and less interest.

The fighting continues, but the situation in Kharkov has become quieter as the Russian forces were pushed back from our city. My husband and two of our children left on the long return journey. As the rumor spread that the rabbi was coming back to the city, he began receiving emotional messages from members of the community who were waiting for him. And he finally arrived. At 12 Pushkinskaya Sreet, the address of the synagogue in Kharkov.

Jews were standing in line to give him a long hug, to put on tefillin, to talk. There was so much to talk about. People who have been living for three months in a basement bomb shelter under our synagogue expressed their thanks for being saved. The drivers who endanger themselves when leaving the synagogue to make food and medicine deliveries throughout the city received a personal thank you from the rabbi. And so did the cooks in the synagogue who have been working non-stop since the outbreak of the war. And then the rabbi remembered, approached the ark, opened it and gave a little kiss to the curtain. We have returned. And we have returned in peace. Amen.”

FIVE FACTS REGARDING THE LIBERATION OF JERUSALEM

In recent conversations with our youth concerning Jerusalem Day, I have come to understand that it is necessary to review some basic historical facts. Here are some of them: 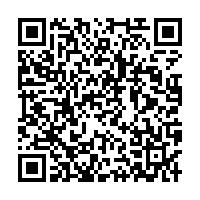