Here are a few words from Rabbi Professor Jonathan Sacks about the sukkah and about us:

“The festival of Sukkot takes us back to the most elemental roots of our being: We are made keenly aware that we do not have to live in a palace to be surrounded by clouds of glory. It is precisely into our simple sukkah that the fathers of the nation enter as guests. On this festival, a little hut is revealed to be far more beautiful and meaningful than a luxurious home because it reminds us that we are only temporary residents in G-d’s world. Joy, the overwhelming theme of the festival, is what we feel when we are reminded that it is a privilege simply to be alive, to breathe in the intoxicating beauty of this moment amidst the profusion of nature, and to connect to all of our brothers, to our history, and to hope.


“The nation of Israel is likened to a sukkah that falls but then is put back up again throughout the years. It is precisely the Sukkot festival, a week centered around a portable and temporary structure, that we call ‘the time of our rejoicing.’ Because Judaism is not a comforting illusion, as if everything is as it should be in our world. Judaism is the courage to believe and to celebrate even when there is uncertainty, when everything is not perfect.”

What Do We Learn from the Ushpizin?

Like me, do you also tend to postpone important matters due to the hassles of daily life? The lives of the seven ushpizin (guests) we invite into our sukkah, one per night, can be instructive in this regard. We are talking about Avraham, Yitzchak, Yaakov, Moshe, Aharon, Yosef, and David.

When we examine the lives of the fathers of our nation, we see that they had to continually confront challenges and crises. Avraham was called upon to leave his homeland and journey to an unknown land. From there he had to go to Egypt due to a famine before returning to his adopted home. Yizchak was ready to be sacrificed by his father and later encountered enemies wherever he went. Yaakov fled to Haran, returned home, but then went down to Egypt and died there. Yosef’s brothers sold him to a passing caravan and he ended up in an Egyptian prison. Moshe was hidden in a basket in the Nile, grew up in Pharaoh’s palace, and was then forced to flee to Midian after killing an Egyptian. Aharon his brother wandered together with him for 40 challenging years in the desert. And the life of David was full of wars and rebellions.

Our forefathers lived transient “sukkah” lives without permanent homes. But despite all their wanderings and trials, they built and improved themselves in order to teach, to educate, to do good – and so became significant figures, powerful and eternal. Avraham, for example, did not wait for his troubles to end, but rather succeeded in establishing the Jewish faith despite every obstacle. King David, in the midst of a life filled with turmoil, wrote the Book of Psalms.

They did not put everything on hold until “after the crisis.” Just the opposite. They understood that the time is now, that life must be lived within the maelstrom. Instead of waiting for the arrival of peace and tranquility and then begin to do great things, they knew how to focus on what was important even while the world around them shook and trembled.

More than this, it seems that it was precisely because of the challenges they faced that they succeeded in flourishing and growing.  This is the message it would be worthwhile to take with us when we leave the sukkah. 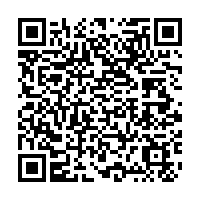