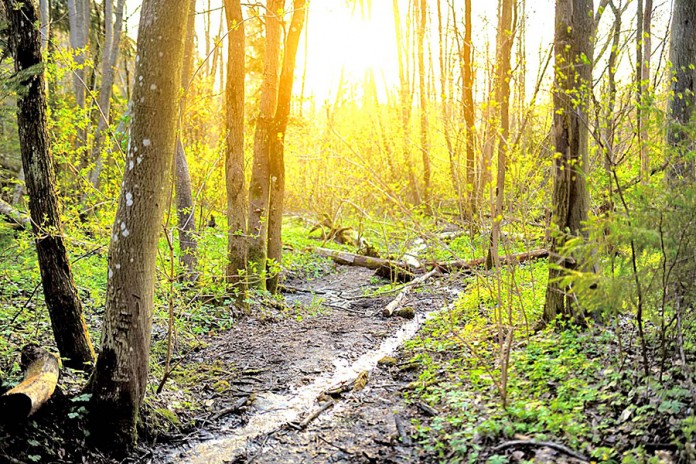 There is a story about a child who visited a circus and saw a large elephant tethered to a small stake. When the child asked why the elephant did not pull up the stake and run away, the circus people said: We tied him to the stake when he was small and weak and the stake was bigger and stronger than he was. In those days it was impossible for him to pull it up. Years passed, the elephant grew and got stronger but, in his eyes, pulling up the stake still seemed impossible. Even when it became clear to everyone that a little pull on the stake from the powerful elephant would set him free, his lack of awareness of his strength prevented him from trying to free himself.

In the course of describing several stages of our desert journey, the Torah portion of Chukat mentions Nahal Zered (the stream of Zered). For 38 years, our forefathers did not succeed in crossing this stream and advancing in their journey to the Land of Israel. We would have expected a stream of this kind to be more like a deep, raging, and dangerous river, yet our sages tell us that its width was merely that of a zeret (pinky finger). Amazing. The same people who crossed the Red Sea in the Exodus from Egypt were not able to cross a shallow brook. Such a tiny obstacle separated them from the Promised Land.

It would seem that the problem was not in the stream but in the people. The Children of Israel disparaged the Land of Israel through the negative report of the spies and they had still not rectified this sin. As long as they did not truly want to enter the Land, even the smallest stream seemed in their eyes like a mighty river that they dared not attempt to traverse. Only after 38 years of soul-searching and self-rectification were they able to appreciate their true strength, cross the stream, and finally reach their destination.

This is not just a story about an elephant and not just a quote from our sages about a stream in the desert. It is meant to make us consider the small stake to which we are tethered and the little stream that, seemingly, we cannot cross.

AVOID RIDICULE AT ALL COSTS

The Torah portion of Chukat begins with the words “This is the law of the Torah,” and then describes a subject wrapped in mystery until today: the ritual of the red heifer. Generations of sages examined this mitzvah that has no clear explanation. But is there a reason behind every mitzvah? Could there be both revealed and hidden explanations involved – or none at all? Are we obligated or even able to understand everything? Do we only perform mitzvot whose purpose we understand or do we sometimes simply say: “This is the law of the Torah?”

Today, if something sounds ancient or not up-to-date, the easiest thing is to ridicule or dismiss it. There is a tendency to think that if a Torah law or commandment is not applicable to the here and now, then it is certainly irrelevant and may even become fodder for jokes about our tradition.

Here’s an idea from the Rambam, among the greatest Jewish thinkers of all time, regarding this matter: “It is fitting for a person to contemplate the judgments of the holy Torah and know their ultimate purpose according to his capacity. If he cannot find a reason or a motivating rationale for a practice, he should not take it lightly . . . One’s thoughts concerning it should not be like his thoughts concerning other matters.” (Mishneh Torah, Me’ilah 8:8)

In other words, on the one hand we should study and make every effort to understand. The Jewish bookshelf is based on thousands of years of study. It is fitting to delve deep inside before making assertions we are convinced are valid. On the other hand, even after we have thoroughly investigated a subject, there will always be matters we do not understand. And even when we do not comprehend certain subjects completely or not at all, perhaps because they are not in keeping with the times, we need to exercise extreme caution not to minimize or ridicule them.

We should never demean our heritage since, in doing so, we would only be demeaning ourselves.

SEPARATING FROM THE NATION’S NANNY

The school year has ended and as we separate from those who guide and care for our children, it is appropriate that we read a Torah portion about separating from our nation’s greatest caregiver, nanny, and female mentor, Miriam the prophetess. What can we learn from her?

Miriam risked her life in order to be a midwife to the Hebrew babies in Egypt. The Torah says that she possessed fear of G-d. Despite Pharaoh’s order to kill the babies, she remained true to her values in the face of a threatening regime and did not comply with its decrees.

But side by side with her uncompromising strength, she could be soft and comforting. Rashi describes how, despite the hostile Egyptian environment, she would calm and soothe the babies and keep the children amused and happy, with special concern for the youngest among them.

Later, Miriam was the one who stood on the banks of the Nile and watched over little Moshe as he floated in his basket. In those historic moments, she showed that she was not just a babysitter, but someone who would take charge and make sure that the “Am Yisrael” ship sailed in the right direction.

In the Exodus from Egypt, while the “Song of the Sea” (Shirat HaYam) was sung, Miriam led the women in dance with the same drum that takes center stage today when kindergarteners in Israel dance in remembrance of what Miriam did when the sea split. Our commentators explain that this was Miriam’s way of educating and mentoring throughout her life: to transmit her message through participatory experience, through song and dance. Ultimately, these are the educational experiences that are seared into the soul and last throughout the years.

Miriam also taught us about lashon hara (insulting speech) when she was stricken with tzara’at after speaking negatively about Moshe Rabbeinu.

And in parashat Chukat, immediately after Miriam passes away, the Torah relates that the people are suddenly overcome by thirst. It’s both a physical and a spiritual thirst – a thirst for Miriam’s calming and comforting presence.

In memory of Miriam, praying that we will merit mentors like her, both for our children and for us.

Last Wednesday was my birthday. I generally do not write here about personal matters but Rabbi Yosef Yitzchak Jacobson explained to me last night why it is worthwhile to publicize our birthdays:

“The Lubavitcher Rebbe initiated ‘Operation Birthday’ for our generation. It was important to him that people celebrate their birthdays by spreading the word with great joy. He also wrote about what we should accustom ourselves to do on our birthdays: give tzedakah, pray with greater intent, recite Psalms, make a good deeds resolution, however small, but keep it stringently, and more.

“Why did the Rebbe insist we make a big deal out of our birthdays? In my opinion, one of the major challenges of our era is to discover why we are here. When we succeed in rejoicing over the day that we were sent into this world, we appreciate that we were created because of Divine faith in us and in our abilities, and that this faith is renewed from year to year.

“There are people today who think they are nothing, and this is simply horrible. People endure painful circumstances and may become trapped in a web of confusion where even abundance does not bring them joy.

“Celebrating your birthday conveys an important message for these times: You are celebrating the fact that the Holy One blessed be He, believes in you. He rejoices in your life and in your good deeds in this world. This day is a reminder that, no matter what, infinite potential and infinite light exists within you.”

Wow. Thank you, Rabbi Jacobson, for the meaning you have given to our birthdays. And mazal tov to you all on the day you were sent to light up the world. 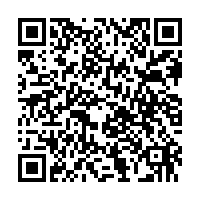