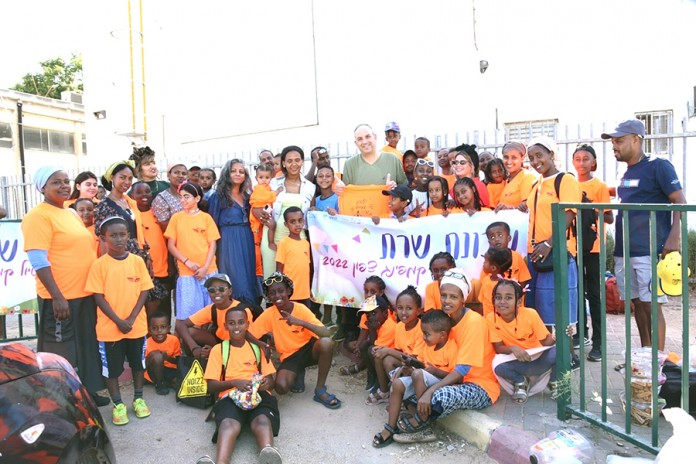 It’s the end of the summer and the new school year is upon us. Yet the school year does not really begin in September; it’s already in session, and has been so for two months. Summer vacation is the time of year when the most critical schooling takes place. It’s the time when children receive instruction about real life through observation of their parents, seeing how they speak, work, drive the car, play with them in the park or vacation with them in a hotel. During summer vacation, our children learn by watching us how to relate to the world that exists outside of school. They study us carefully up close, and the lessons they learn from our behaviors will last a lifetime.

Clearly, summer vacation is so long that we run out of patience. In spite of this, just before we “deposit” our kids once again into the hands of their teachers (thanks to all of you!) we need to remember that the connection between parents and their children is the most significant connection of all. Even after we read at the beginning of each school year about “the best teachers,” there is no doubt that, throughout the course of our lives, our most influential teachers are our parents.

Indeed, nearly every connection can be severed. A friendship can fade away, a marriage can end in divorce, a contract can be breached – but the ties between parents and children can never be undone. Even when there are arguments and sharp words are exchanged between them, parents and children remain forever attached to one another.

May everyone enjoy success in these final days of the summer school year.

A Prayer For Camping

Shalom Sivan, I am Hadas Lixenberg, activities coordinator in the Sharet neighborhood in the city of Lod. I work under the auspices of the Lodaim and Keren Shahaf organizations. During the last four years, we have been striving to transform the Sharet neighborhood, an older area of the city with 5,000 residents, into a unified community. One of the aspirations articulated by those living in the neighborhood was to take some day trips – for example, to Jerusalem. So, we decided to take a day’s tour of Jerusalem, including visits to the Machaneh Yehudah Market and the Kotel (Western Wall). 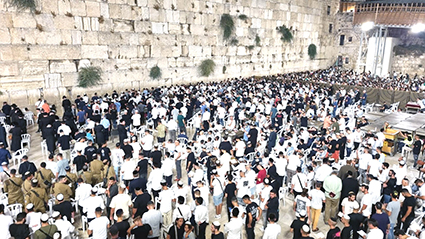 At the Kotel, one of the children, who had made aliyah from Ethiopia, asked me if praying at the Kotel makes our dreams come true. Yes, with G-d’s help, I answered him. I did not ask him about his particular dream but on the way home asked if he could tell me about it. He said that at the beginning of each year the teacher asks the students about what they did during summer vacation and they answer: I went camping. ‘What is camping?’ he asked. ‘At the Kotel I said I want camping too.’

I was deeply moved by his words and told him let’s go, let’s organize a camping trip. I thought that maybe three or four kids would come along. But now I am writing to you from the North as part of a group that came here in three buses with fifty tents and lots of men, women, and children. In essence, we had brought the entire neighborhood on a camping trip up north which, for most of the participants, was the first time they had ever done anything like this.

During the past few weeks, we held a campaign for tents, sleeping bags, and other gear. A multitude of good people, community groups, and business owners contributed to this effort. The feeling was that the entire nation of Israel wanted this neighborhood to go camping.

Today we sailed in the Kinneret, visited Tiberias and hiked to a natural spring. Tomorrow we will visit the Valley of Springs south of Tiberias and Beit She’an. It is difficult for me to explain the enormous significance of this trip. I keep repeating the passages we read in the Torah this past Shabbat about the good land to which we will all return: “For the Lord your G-d is bringing you to a good land, a land with brooks of water, fountains, and deep-water sources that emerge in valleys and mountains, a land of wheat and barley, vines and figs and pomegranates, a land of oil-producing olives and honey.” And, by the way, if you see us up north today, come and say hello.

I looked at the boy on the bus whose prayer at the Kotel started all of this. When school begins this year, he will definitely have something to tell his teacher when she asks what he did this summer.”

I looked at pictures of the Kotel taken on the first night of Selichot. Most of those present were very young.  Teenagers, in fact. It looked like many of them only wear a kippa occasionally. Their prayers, sung loudly and passionately, surely reached the uppermost heavens. Rabbi Avinadav Avocart, from Givat Shmuel, wrote about this phenomenon that is witnessed in numerous locales each year:

“My WhatsApp groups with fellow rabbis are filled with testimonies of Selichot taking place both night and day.

“Small, intimate minyans, gigantic minyans, tea drunk from disposable cups, plates of dates next to Selichot handbooks trimmed in gold, and lots of shofars and lots of shouts of “Shema Yisrael,” and lots of teenagers. A multitude of young people in T-shirts with cell phones in the pockets of their jeans fill our synagogues at night to say Selichot.

“We gain so much strength from this, so much hope and vitality. I gaze at these pictures exuberantly, scrutinize them like a proud parent or a contented aunt. And we rabbis compliment each other, expressing wonder and admiration as our hearts are stirred together.

“And whenever, during the year, difficulties arise, when a flood of educational challenges concerning these kids fill the rabbis’ discussions, I recall these Selichot memories. I look at a video clip on my cell phone, even in the middle of the month of Tevet, and know that everything is going to be fine, that our final redemption is on the way. I become filled with confidence that all of Israel will soon do teshuvah. As the prophet Hosea said: ‘For when Israel was young, I loved him.’ 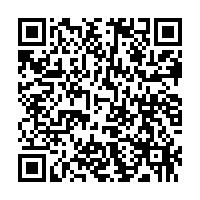