Only three people eulogized Rabbi Chaim Kanievsky, zt”l, at his funeral Sunday. They spoke directly to the Charedi public but their messages were educational, universal, and it would be a shame for those not in attendance to miss them. So here they are.

Rabbi Yitzchak Zilberstein mentioned that Rabbi Kanievsky was not a born genius. He diligently reviewed over and over again what he learnt from an early age. The boy Chaim toiled, struggled, and immersed himself in learning and, in so doing, became “Rabbi Chaim,” the one person, it would appear, who encompassed more Torah than anyone else in our generation. You were not born Rabbi Kanievsky, you became him, and this is true of anyone who achieves true greatness in any area of life.

The principle way of attaining such excellence is through careful attention to time management. Rabbi Zilberstein explained that when thousands of people began coming to him every week for a blessing, Rabbi Kanievsky began saying to each of them “buha,” an abbreviation consisting of beit, vav, and hey, letters that stood for beracha ve’hatzlachah (blessing and success). And so, in his eyes, the blessing itself contained a message regarding the importance of every second.

His son, Rabbi Shlomo Kanievsky touched the crowd with stories of childhood games played with his father, the mastermind, and uncovered a little bit about the relationship with his deceased wife, Batsheva. For years, the two of them would get up at sunrise and recite the morning blessings that open the day together. He would say one blessing after the next and she would answer amen to each. And then she would recite the blessings and, after each one, he would answer amen.

His son also related how each time his father came home in the afternoon, he was strict in not eating lunch without his wife by his side. If she was not home and sitting by his side at the table, he would not agree to begin eating. And if she was delayed, even by a minute and a half, he would of course open a book and learn until she arrived. They never vacationed in a guest house and never went to a coffee shop, but this was their special quality time together.

Rabbi Gershon Edelstein emphasized a practice that characterized the deceased and that we need to learn from him: “self-criticism.” The demand to improve and refine ourselves should never cease. We always need to consider how to behave better towards others, how to learn better, how to be a better husband, father, neighbor, and friend.

In order not to immerse ourselves too much in our daily routine and, instead, develop the capacity for self-criticism, we need to learn Torah and mussar (ethical conduct). He recommended that each of us find a book on the subject that we find of interest and that will have a positive influence on us. After all, the purpose of life is not to go with the flow but to grow. Not to just pass the time, but rather to renew and refresh ourselves all the time. This, in his words, was the true road to being happy.

In the end, it was quite astonishing to hear a 98-year-old, Rabbi Edelstein, eulogize his 94-year-old friend.

A PEEK INTO THE LIFE OF A GREAT MAN

This is one of the stories that I heard about Rabbi Chaim Kanievsky, zt”l:

Rabbi Yehoshua Hartman wrote the authoritative commentary on the writings of the Maharal of Prague. In one of his books, the Maharal writes that the revival of the dead will begin in Ma’arat HaMachpelah (Cave of the Patriarchs) in Hebron. Rabbi Hartman did not find the origin of this idea in any of our sources. He asked Torah scholars, searched in all the many repositories of Torah wisdom, but ultimately had to write in a footnote that he found no substantiation for this idea among our sages.

After a while, he met Rabbi Chaim Kanievsky in the street and asked him this question: “The Maharal writes that our sages say that the revival of the dead will begin in the Machpelah Cave. Where is that written?”

In front of his very eyes, Rabbi Hartman saw Rabbi Kanievsky review the entire Torah in his head, in several seconds, like a human Google. His brain scanned the complete library of Torah literature in rapid fashion, demonstrating masterful proficiency and a phenomenal memory. Finally Rabbi Kanievsky arrived at the requested source: “The holy Zohar . . . yes.” He directed a stunned Rabbi Hartman to the specific place in the Zohar where, in fact, the source of the Maharal’s statement was to be found.

Rabbi Kanievsky was called “a walking Torah scroll” since, in his 94 years, he reached rare levels of Torah love and devotion in showing us how far a human being can go. All of us remember what is most important to us. And what was most important to him was Torah.

While it is unlikely that we will reach his level, it is still possible to take upon ourselves some of his diligence and dedication to Torah study for the sake of his soul’s ascent. 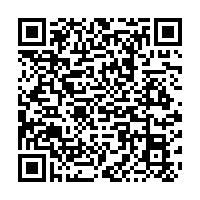