With Chanukah in the past and Purim far off in the future, we now find ourselves in the month of Teves. What special qualities does this month have? In which area can we grow? Let’s begin an analysis of Teves and hopefully learn something which will help us become bigger and better people. Come; we have a way to go.

The Sefer Yetzirah writes how every month is auspicious for working on a particular human faculty. Some months have a special focus on Sight, others on Smell or Taste, and yet others on Sleep. The faculty of Teves is Rogez. The reason Rogez has been left untranslated is precisely because it is completely impossible to find an English rendering that would connote all the possible meanings of the word.


Let’s quote a few pesukim to bring out this point. Firstly, the prophet Chavakuk (3, 2) pleads with Hashem “B’rogez racheim tizkor”, which translates as “Remember to be merciful even during [Your] wrath.” Secondly, in Psalms (4, 5) King David advises “Rigzu v’al techeto’u” which roughly means “Tremble [before G-d’s Ever-Presence], and thereby avoid sin.” Thirdly, we find Yosef exhorting his brothers (Bereishis 45, 24) “Al tirgizu baderech” which means “[Go straight back to tell Yaakov that I am still alive.] Do not become agitated on the way.” Rashi explains – “Do not become caught up in discussing a Torah matter [because it will cause you to be delayed.]”Thus we see that the word Rogez can connote wrath, trembling, and even fierce discussion over a matter of Torah. This is very confusing. How can all these things be part of one faculty? What do they have in common? And what can we learn from it? We’ve taken a step or two in the right direction. Let’s move on.

Perhaps we can find a hint by taking a detour to another characteristic of the month. Each month is aligned with a mazel, with Teves matching up with G’di – also known as Capricorn the Goat. What do we know about goats? Well, one interesting point is that goats are called by a few different names in the Torah – g’di, se’ir, and eiz. While we will not be discussing the difference between each name, it may be worthwhile to note that the word se’ir not only means a goat but also a demon. What is the connection between goats and demons? Let’s take a look at the prophecy in Yeshayahu (Chapter 13) regarding the destruction and subsequent desolation of Babylon. “Babylonia, the choicest of the kingdoms, will… be like Sodom and Gomorrah… It will not be inhabited… Their houses will be full of ferrets… and se’irim will dance there.” What are these se’irim (plural of se’ir) that will dance amidst the ruins? The commentators explain “These se’irim are demons. [But why did the pasuk choose the word se’irim instead of the more common word for demons – sheidim? The answer is because] the demons will appear in the form in which demons commonly appear – the form of goats.” Essentially, Yeshayahu is prophesying that the ruins of Babylonia will be overrun by demons that will appear in the form of dancing goats. This discussion leaves us with two potent questions. Why would goats dance? And how does this (apparently) goat-like quality relate to Teves?

To answer this question let’s embark on a short analysis of dancing. Why would someone dance? Is it not an illogical course of action? What is the goal that will be accomplished by agitating one’s limbs to follow a rhythm? The answer is that a person does not dance to accomplish a goal but rather because his spirit is moving him to do so. When one’s spirit is stirred up in a joyous way, it manifests that arousal in what we call a dance.

This discovery is quite important for two reasons. Firstly, it informs us that the reason goats are dancing creatures because they have an active spirit coursing through them that rouses them to skip and leap as they do. Secondly, and far more importantly, we can know that since humans also dance it must be that humans also have that same wakeful spirit within them. We’ve taken a few more big steps. Now let’s return to Rogez.

We began with the perplexing question regarding what Rogez means. How can it simultaneously refer to wrath, trembling, and getting caught up in a Torah discussion? Perhaps now we can explain as follows. Rogez refers to the arousal of the spirit latent within each and every one of us. We know that Hashem invested us with more than just physical qualities. Although we cannot see or measure it, one of the non-corporeal aspects of the human is his spirit which, according to our Sages, resides in the blood. When this spirit is aroused, it can manifest in rage and anger. Alternatively, if one focuses on how Hashem is in front of Him at every moment, this spirit reacts with fear of G-d and trembling. When one engages in a fierce, competitive debate over a matter of Halacha, this spirit gets excited over the battle. But no matter in which way the spirit is moved, this arousal of the spirit is called Rogez. (Incidentally, this understanding of Rogez also helps us understand Midrash Rabba (84, 19) which says that a goat’s blood is similar to a human’s blood. After all, don’t both bloodstreams carry the same active spirit?)

It seems we have answered most of our questions. We elaborated on the meaning of a dance and we discussed why one would say that goats are dancing creatures. We also managed to explain the meaning of Rogez. But we are not yet done. What does this all have to do with us? If the G’di is aligned with Teves then it is logical to assume that the goat’s unique quality is the one we should improve during this time. So how can this be done? Come; we are almost there.

I believe the answer is that we are supposed to be aware of this spirit within us so we can use it properly. Esau was a wicked man who was quite in touch with his spirit. Indeed, Esau was called a Se’ir. But Esau would manifest his spirit in rage and anger. Yosef’s brothers, on the other hand, would discuss Halacha and tap into that animating force in their blood to bring forth the fierceness which can contribute so much to a Torah debate. In Psalms, King David exhorts us to arouse our spirit to tremble before the King of kings. There are so many good ways to use our spirit. But it can only be done if we recognize that we have it and work to use it properly. May we be blessed this Teves to indeed connect to this force with which Hashem endowed us and to succeed in channeling it in all the right ways. 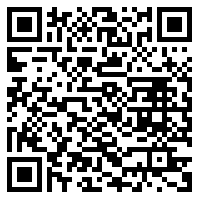